Celtic getting a bad press from the establishment journalists is not a new occurrence.  It’s at least a century old. Iain Reynolds tells the story of how the Celtic players from 1896 reacted to the way in which they were written about in the Daily Record…

In November of 1896, a trio of 3 players downed tools and refused to take the field in an important top of the table game against league leaders Hibernian at Celtic Park.  It caused a stooshy at the time and also had ramifications for the players involved.

In a tale that will seem familiar to supporters nowadays the players felt justified in their stance.

The previous week to the incident, the Celts lost a Glasgow Cup final replay against Rangers (1872, now in liquidation) at Cathkin Park by 2 goals to 1.  The press coverage was less than complimentary.

Celtic had injury problems before the match.  Sandy McMahon had a knee injury but was selected.  Johnny Madden was out with an ankle injury picked up in the first game, and Morrison and new signing Charlie McEleny were soon to be dispatched to “Cottonopolis” (Manchester) to receive specialist treatment for knee problems.

During the game valuable talisman McMahon, (he has a better goals to game ratio than Henrik Larsson) after shuddering the upright, hobbled off with 30 minutes left unable to continue, with no substitutes allowed.

The Daily Record reported on the game,”They (Celtic) fought with valour, especially in the closing stages, when they had to contend with the dispirited kicking out tactics of their opponents in that style which is characteristic of the club.”

The report then changes tack.  “Rangers were better than Celtic.  The latter carried a couple of passengers in Divers and Ferguson, whose wretched show, was entirely due to lack of condition.” There was also reference to Barney Battles “getting the run around in midfield.”

It seems that Battles, John Divers and Paddy Meehan the Broxburn Shamrock bhoy, took great exception to the disparaging view made public by the Daily Record and Scottish Referee.  This is first alluded to on the Friday before the next match.  “One or two Celtic players had an interesting interview with the officials this week. Result – the maintenance and discipline of the rank and file,” reported the Record.

The side back in 1896 was picked by the committee on the day prior to the match and the chosen team considering the injury list for the Hibernian clash was:

Madden, the senior statesman was still out, and was quoted affirming his status,” I have played in senior games when James Kelly was in the spectatorate!”

As the 2.15p.m. Kick Off approached everything seemed normal, when Willie Maley entered the pavilion and requested that the players appear with the Hibernian team for a photograph. The brewing storm then erupted.  Battles and Meehan requested the expulsion of all the reporters from the press box otherwise “they would do it themselves.”  Matters escalated immediately.  Divers joined the two chief protagonists and adopted their stance.

Orders were given to clear the dressing room of everyone except players and committee with the refusal to acquiesce not forthcoming.  Explanations were sought about the nature of their grievance. “Battles and Meehan in resentful tones, explained that they were determined not to submit to what they characterised as hostile and unwarrantable criticism in the press regarding the Glasgow Cup final tie; they hoped the Celtic committee would share their displeasure and act accordingly.  Messrs. Glass, Shaughnessy, McLaughlin and Meikleham pointed out in their view it was a ridiculous request.  Reason and debate proved futile and the players steadfastly and obstinately refused to play.”

“Kelly, Doyle and other players appealed to the trio to take a rational view.”  With this approach failing “a section of the Celtic team took to the field with Dan Doyle explaining to the Hibernian captain Murray,” with the paying crowd unaware of the development in the pavilion.  Twenty minutes had passed with the Hibernian side alone on the pitch. 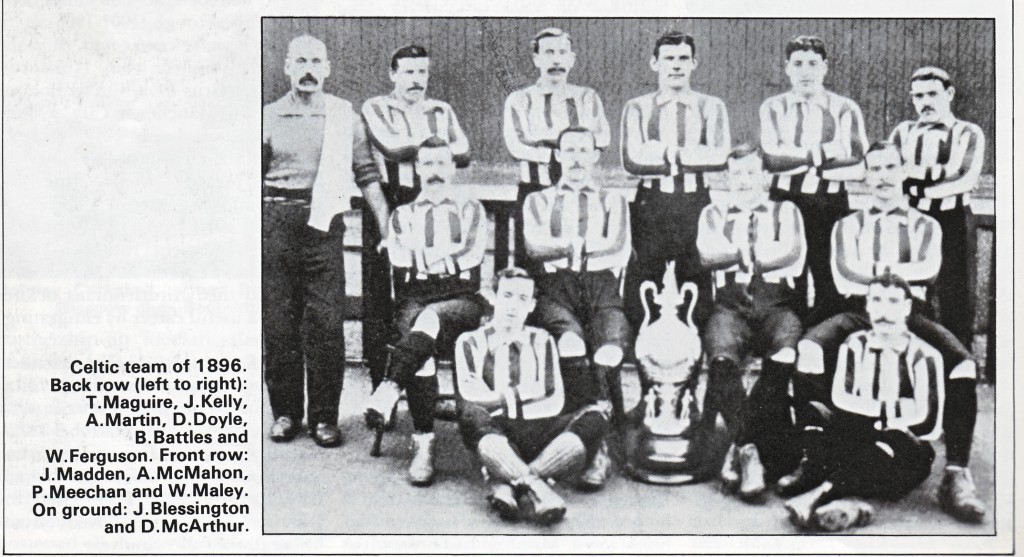 The 3 amigos were leaving the ground when they were met by committee man Michael Dunbar who persuaded them to return, with Battles and Divers divesting themselves of their clothes for action before getting dressed again realising their demands were still unmet.  They were then asked “not to take any personal action in the direction of molesting any individual in the Press Box.”  They left the stadium for the second time on a city bound fast black.

Celtic were now 3 players short for an important league match. Although retired from playing football Willie Maley took the field at right back with Barney Crossan also getting stripped for duty.  David Meikleham was urgently sent an errand to Hampden to commandeer Tom Dunbar who was playing for the Celtic “A” team in a combination league match versus Queens Park Strollers.

The match began with ten man Celtic playing the entire first half and part of the second with reduced personnel before the extra man arrived.  Paddy Gilhooley had put Celtic 1 up in the second half with Hibernian equalising with 3 minutes to go to secure an away point and put them 4 points in front, with Celtic having 2 games in hand.

Eventually Hearts would take the league title beating Hibernian into second place with Celtic failing to recover from this debacle during the season.

Discipline was enforced swiftly on the striking trio.  A Celtic committee meeting on the Wednesday after the game decided to suspend them to the end of the contractual season (May), with their wages being reduced to Half a Crown.  Founding father John Glass made the club’s situation clear with a terse statement.  “We would rather lose twenty cups and championships then tarnish our reputation.”

Peter Meehan was sold in January to Everton where he played in an F.A. cup final as a loser also playing for Southampton in an F.A. cup final suffering the same fate. Peter never played for Celtic again and was to die in Nova Scotia, Canada at a young age of forty two having resumed his previous occupation as a miner. 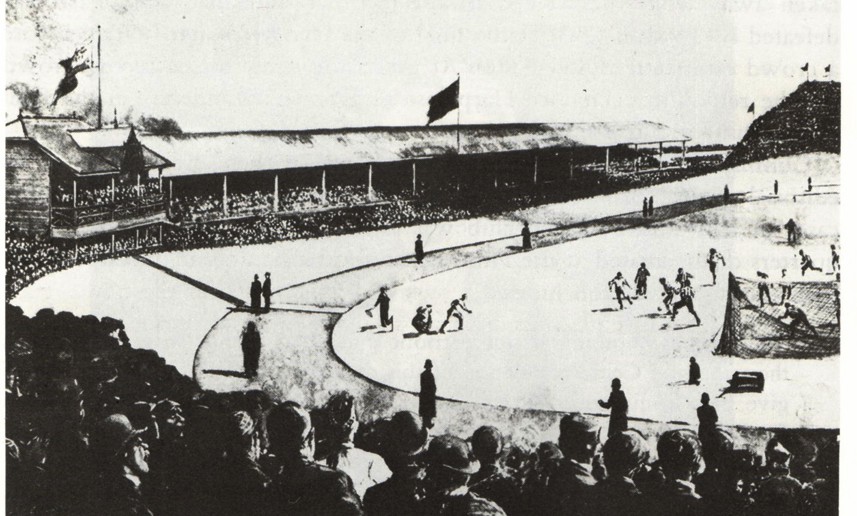 John Divers re-joined Celtic in 1898 and played a further 3 years.

Barney Battles also returned in 1898 and played until 1904 before Joining Kilmarnock briefly.

Barney’s 1 year banishment in the Celtic wilderness curiously was to benefit Celtic with an interesting twist.  Seeking football employment he joined Dundee and played in a title run in clash versus Rangers (who only had 114 years to live) at Carolina Port in Dundee.  In a match that the Glasgow team were strong favourites to win Barney Battles scored the equaliser before Dundee scored a second soon after to take both points.  Celtic kept their part of the Battles bargain by defeating St. Mirren 3-0 that day and amassed enough points to put the title beyond Rangers!

Barney was a big favourite with the Celtic support who composed this little ditty on his return.

Back to the Celtic again,

Let us join in the happy refrain,

Out with your rattles,

Is back with the Celtic again!!

Barney Battles died within a year of leaving Celtic with Pneumonia complications at a very young 30 years of age.  The esteem  he held with the Celtic support can be measured by the 2000 strong funeral procession and the 40,000 people who lined the route up London Road past Celtic Park to Dalbeth Cemetery for his burial.  His Celtic contemporaries, Johnny Campbell, Dan Doyle and Sandy McMahon were pall bearers, while Celtic Football Club representatives were also present.

Celtic getting a bad press from the establishment journalists is not a new occurrence.  It’s at least a century old.

Older than some football clubs.