CALLUM McGREGOR believes Celtic skipper Scott Brown should walk away with the Player of the Year awards this season.

But the midfielder fears rivals will refuse to vote for the Hoops onfield leader who has become a target for the boot-boys in this campaign.

Ross County’s Andrew Davies was the most recent opponent to see red when confronted with Brown in the champions’ 3-0 win at the weekend.

The Dingwall defender can expect a lengthy ban following his brutal and senseless stamp on the grounded Celt.

Aberdeen’ Sam Cosgrove and Motherwell’s Cedric Kipre – whose ordering-off was reduced to a booking after an appeal – were also sent packing in recent weeks after foul challenges on Brown.

McGregor said: “Scott sets the tone every week. I think James Forrest has also had a great season, so it would probably be a toss-up between those two for the top award.

“Mind you, Scott will never get voted! Maybe he needs to calm down a bit. He has been excellent for us and we are delighted to have him. 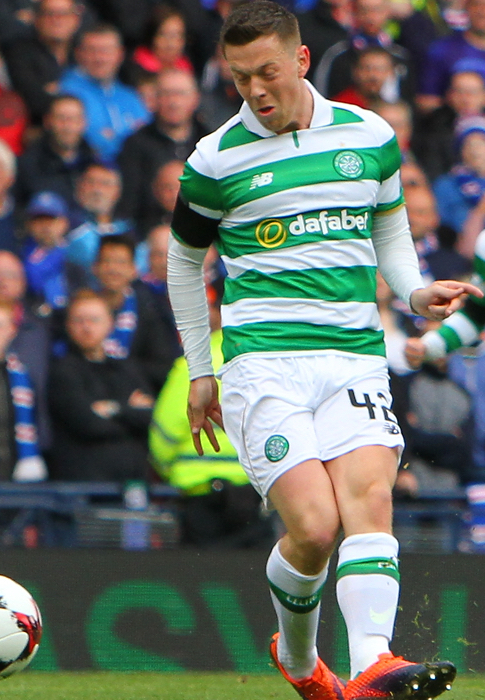 PASS MASTER…Callum McGregor shows the class that has made him such a key player for the champions.

“I think, if you ask anybody, they will respect what he has done at this club. To be at that level for 10-plus years is incredible. He is a massive inspiration and a great example for our boys.

“I think a lot of people actually underestimate how good a player he is, as well. Everybody mentions his work-rate and the intensity of everything he does, but he is also actually a really good footballer.

“You can see that in the Champions League games when his pass success rate is always massive. It’s credit to how good a footballer he is.”

McGregor insisted crude opponents can continue kicking Brown, but it will not stop him from coming back for more.

The Scotland international playmaker said: “It’s obviously not working, is it? They keep getting boys sent off. Maybe they are trying to target him and wind him up, but you can see the mature side of him.

“He is just trying to play his game and it ends up that they make the mistake, get sent off and their team gets punished because of it.

“Scott just seems to be getting better and better, fitness levels, strength, everything. He is a really, really top player and an example for the boys in the changing room to follow.

“He’s been doing it for many, many years now at Celtic, but especially the last two seasons. He has really kicked on again. He’s a massive inspiration for the boys on the pitch.

“To see him getting kicked that many times, people trying to wind him up, and he always seems to come out on top. That’s just Broony, the way he is.” 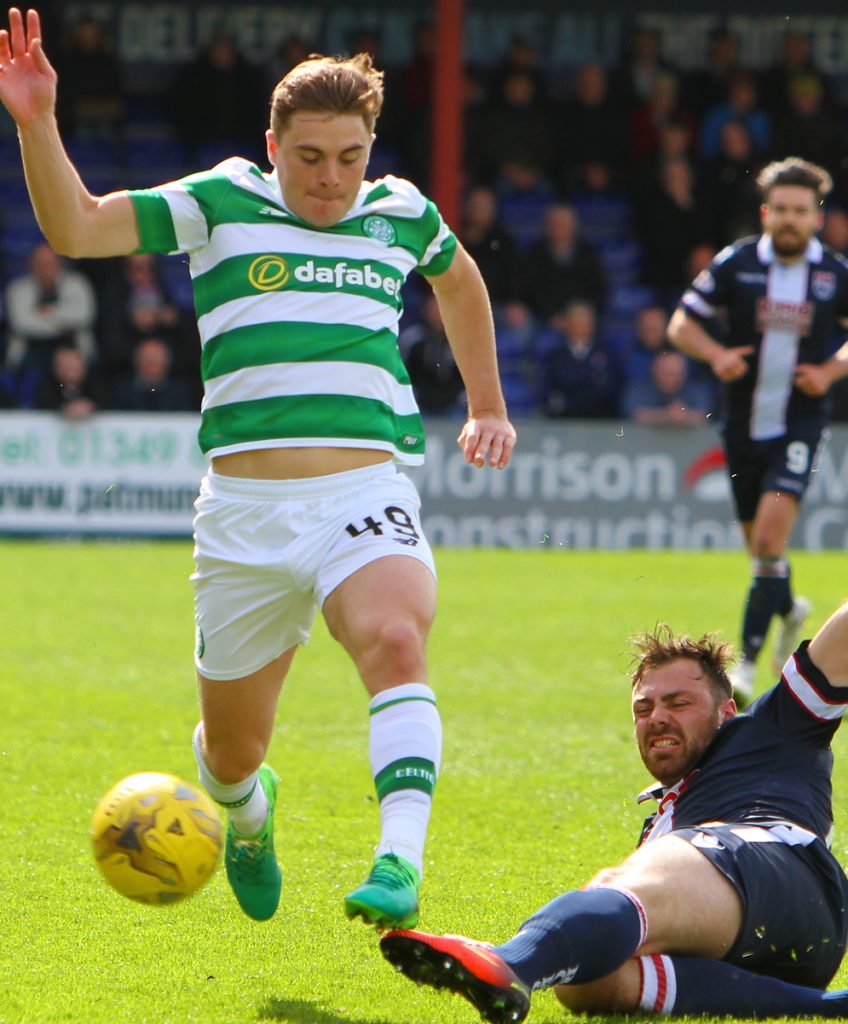 WING WIZARD…James Forrest has been on fire for the Hoops this season.

The champions are just three wins from lifting the title again and have a showdown a week on Sunday against in the Scottish Cup semi-final showdown with Graeme Murty’s Ibrox side, who haven’t won in three games.

McGregor added: “The side looked fresh. With a lot of good attacking players in the team, there are threats from all over the pitch.

“We have good combinations. It was excellent, we had some good play, we got some good goals and we probably could have had a few more.

“You’ve got really top players not playing, either on the bench or in the stand. So, it keeps you fresh and keeps you hungry to be in the team. If you’ve got to go and play left-back, then you do that.

“I’m just delighted to be in the team. Being part of this team is excellent. There is always a real feelgood factor about the place.”