RYAN CHRISTIE realised the Euros Finals were the perfect stage to showcase his talents as he prepared to quit Celtic.

The 26-year-old midfielder played his part in getting Scotland to their first major tournament since the World Cup in France in 1998 with a crucial goal in the 1-1 play-off with Serbia where David Marshall saved the crucial penalty-kick in the shoot-out.

Christie, who is out of contract in January, hoped to make the sort of impression on the international front that would bring a stampede of teams offering big money to lure him from Parkhead. 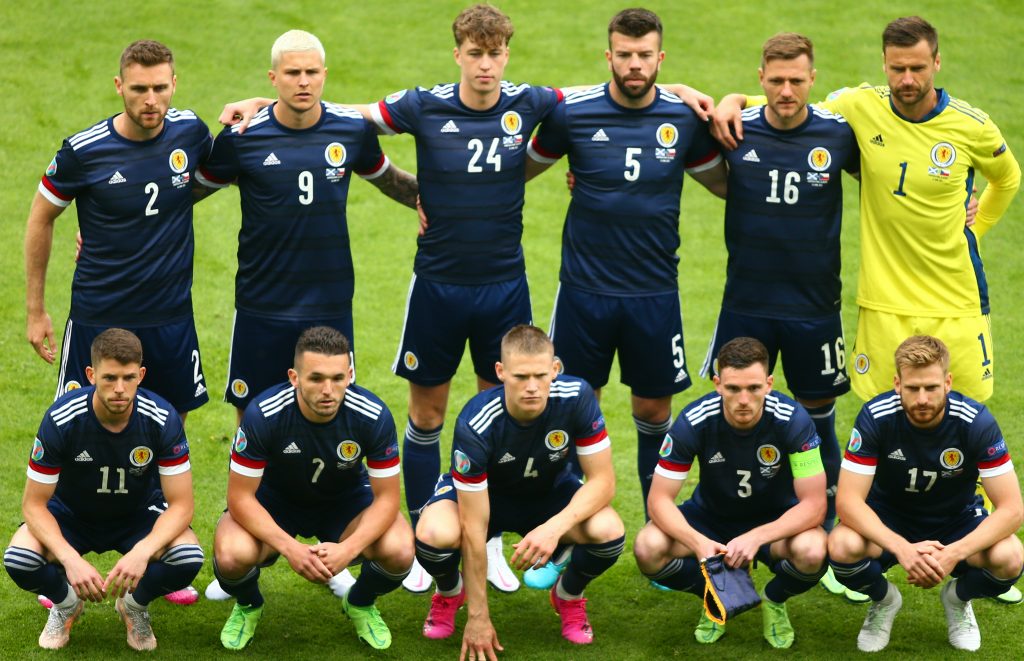 Instead, though, Christie did little to enhance his reputation with the cream of the European talent spotters looking on to see what he had to offer.

Steve Clarke gave him the nod to start against Czech Republic at Hampden earlier this month, but the midfielder was hooked at half-time with his country trailing 1-0 before eventually crashing 2-0.

Amazingly, Christie wasn’t seen again in the championships as he remained on the substitutes’ bench for the goalless draw against England at Wembley and the 3-1 loss to Croatia that brought the Euros adventure to an abrupt halt. 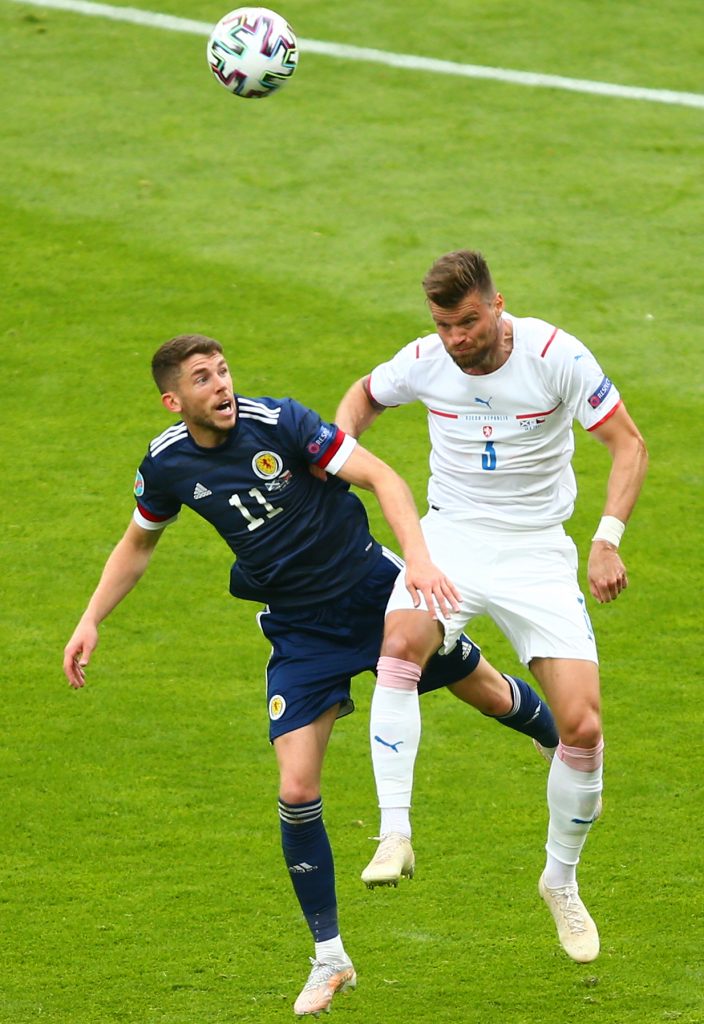 UP IN THE AIR…Ryan Christie misses out during a duel in the air with a Czech opponent.

Effectively, that cost the player AND Celtic who would have hoped good performances from the individual would have seen interested clubs making the sort of bids that would have seen them cash in on the midfielder who cost £500,000 when he arrived from Inverness Caley Thistle in 2015.

Former boss Brendan Rodgers has been linked with a reunion with Christie at Leicester City while French outfits Nice and Monaco are monitoring the situation, as CQN reported earlier this week.

The middle of the park performer has persistently snubbed offers to sign an extension and a parting of the ways looks inevitable. He can talk to interested clubs just now and sign a pre-contract that will see him walk away for free at the turn of the year.

The Euros experience backfired on Christie – and that will cost Celtic an enhanced summer fee for the player.