SCOTT BROWN has revealed he knew Celtic were the best club for him after a chat with ex-boss Gordon Strachan.

Several teams were interested in the midfielder when he was on the brink of leaving Hibs in 2007.

His best mate Kevin Thomson had quit Easter Road for Ibrox and there was talk of Brown taking an identical route – but the influence of Strachan guided him to the east end of Glasgow instead.

The Hoops skipper said: “I had a couple of offers to go down to England. I had an offer to go to Rangers and an offer to come to Celtic.

“I sat down with the managers and coaches once the bids were accepted from Hibs.

“I sat down with Gordon and we connected really well.

“He believed in me and wanted to build the team around myself, Aiden McGeady and a few of the younger ones who were coming through like Stephen McManus, Darren O’Dea and he was bringing in Scott McDonald, as well.

END GAME…Scott Brown and Fraser Forster walk off the field following a confrontation with their Ibrox opponents in season 2011/12.

Brown concluded the £4.4million switch and has gone from strength to strength.

However, he admitted: “I think I underestimated coming to Celtic. We used to play against Celtic when I was at Hibs and we got a few good results.

“We went to Celtic Park and Ibrox and beat them a couple of times.

“So, I thought ‘you just jump ship and see what happens’.I went from one SPL team to another and the expectation levels were night and day.

“Coming to this club, they expect you to win the first game, but we drew with Kilmarnock.

“I was like, ‘first game of the season lads, it’s not bad’. Folk were turning around going, ‘it’s Kilmarnock! We drew, we should be battering them’.

“Then you hear the fans. Automatically, you’ve got to win. They expect nothing else than 100 per cent, go and win.

“Especially in the league as well, no matter who it is, we’ve got to go and play attractive football. This year is getting better and better with the manager who has come in.

“You see the things that everyone is producing and the way that we’re performing. 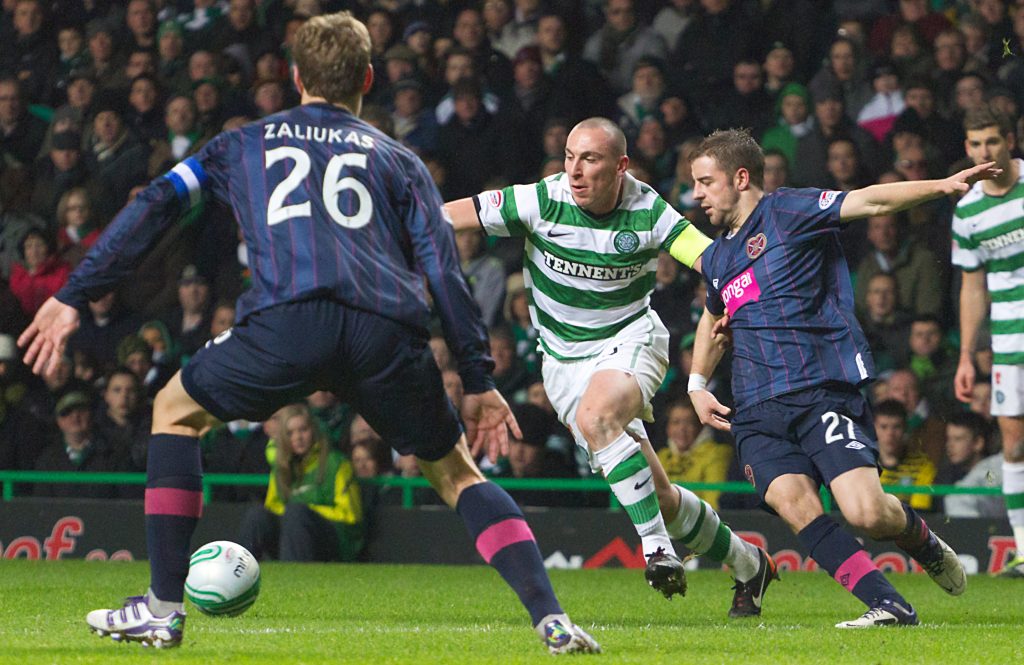 “When I was coming through at Hibs, you would win a game, you would lose a game.

“The fans weren’t on your back too much and didn’t expect you to go and challenge Rangers and Celtic because we were a young team.

“You’ve got to have that bottle to keep doing it and keep doing what you believe in and not let people get into your head.”

The Hoops inspiration added: “Peter Lawwell has been fantastic with me, the managers have been fantastic and to give something back whether it’s coaching or helping out the kids, it means a lot for me to still be here after 10 years.

“Hopefully, I can push it for a few more.”

* Brown was speaking to Celtic TV.