To celebrate the extraordinary Hoops career of the Lisbon Lion, CQN has been publishing a week-long tribute to the netminder who was known as ‘Faither’ to his team-mates.

In Part Six of the EXCLUSIVE series, author Alex Gordon, whose fifteenth Celtic book, ’50 Flags Plus One’, is on sale now, has opened his files once again as we travel back in time to acknowledge the fabulous career of an incomparable character.

Today we turn the spotlight on evergreen Ronnie’s rivals for the No.1 position at Parkhead. 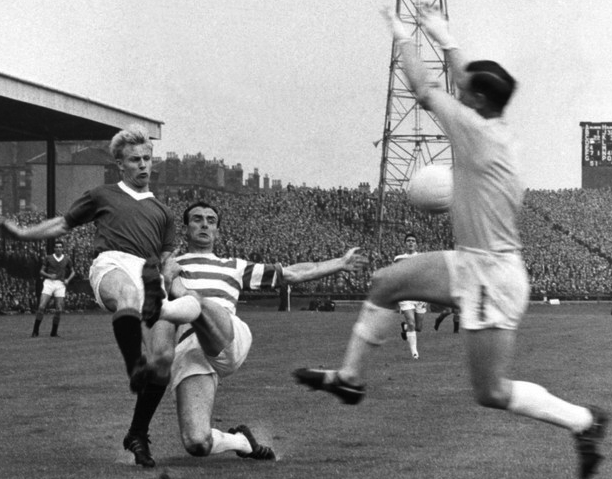 DEFIANT…Ronnie Simpson blocks a close-range shot from Rangers’ Davie Wilson with Willie O’Neill challenging.
JOCK STEINalways liked to plan ahead and he realised veteran keeper Ronnie Simpson would require to be replaced sooner rather than later.
The amazingly agile and supple netminder was defying the age barrier after joining from Hibs at the age of 35, signed in 1964 by Sean Fallon from Big Jock who was in charge of the Easter Road club at the time.
Memorably, Jimmy McGrory’s assistant manager later admitted: “I brought Ronnie Simpson in. We’d had a string of goalies who’d been bloody terrible.”
One candidate who caught the Hoops manager’s eye was a young Dane by the name of Bent Martin who had played for Arhuus in the European Cup-Winners’ Cup where Celtic had won 3-0 on aggregate. It was mainly down to the efforts of the blond and athletic last line of defence that the Hoops did not pile on the goals.

Stein made his move for Martin in February 1966 and believed he had found the natural successor to Simpson who had taken the gloves from John Fallon after the Scottish Cup Final triumph in 1965.
If the man in charge of protecting the team’s interests at the back was concerned he was on shaky ground, he didn’t show it.
Martin didn’t play a solitary league game for the club, with his solitary first-team appearance coming in a 4-0 Glasgow Cup win over Queen’s Park in the unforgettable 1966/67 campaign.
John Kennedy, a young Irishman, had also been brought in, but, like Martin, he made only one outing – a 4-0 League Cup victory over Raith Rovers in September 1965 – before he, too, was allowed to leave Parkhead. 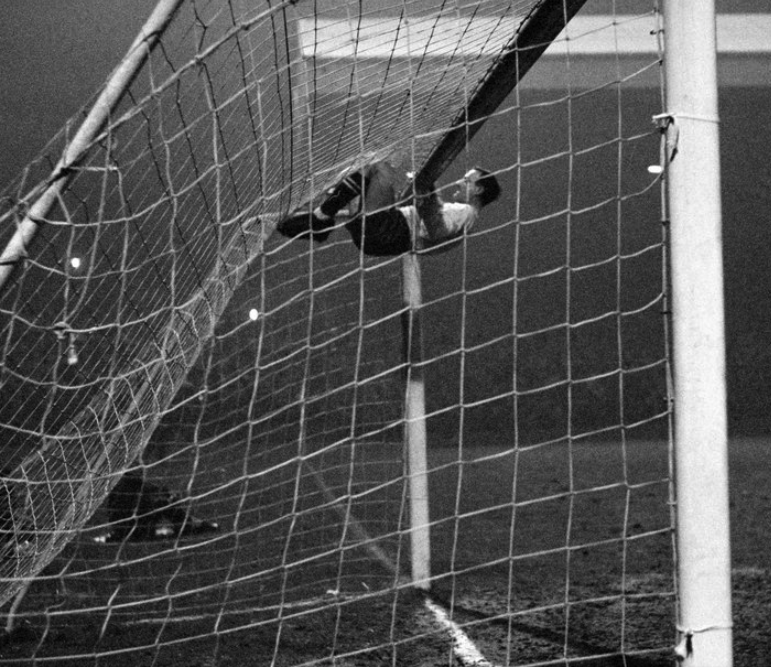 CROSSBAR CELEBRATIONS…Ronnie Simpson shows his delight after Celtic’s late winner against Vojvodina Novi Sad at Parkhead.
Stein searched Europe for a possible successor and red tape prevented a move for Yugoslavia international No.1 Ilija Pantelic, who was the formidable custodian of Vojvodina Novi Sad, the team Celtic had to overcome in the European Cup quarter-final on their way to glory in Lisbon.
Former Third Lanark keeper Evan Williams arrived in a switch from Wolves in October 1969 around the time Simpson was helped off with a shoulder injury in the League Cup semi-final agsinst Ayr United. It was to prove to be Ronnie’s last appearance.
The Scot with the Welsh name made his debut two months later in a 2-0 win over St Mirren at Parkhead. Williams recalled: “I followed in the footsteps of Ronnie Simpson and he was one of the best goalkeepers of all time. 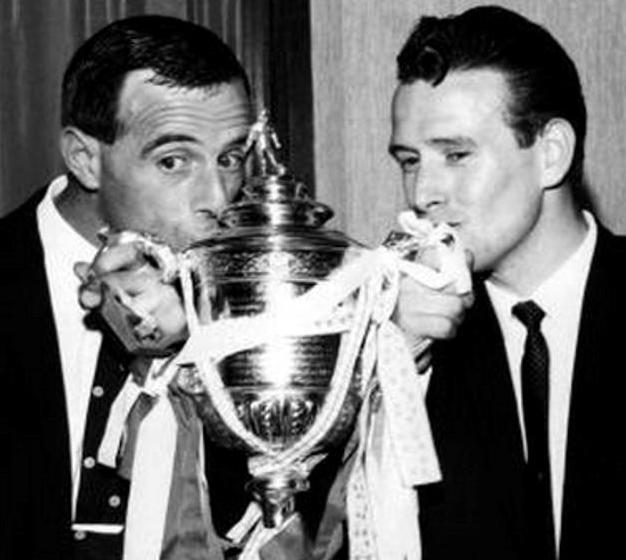 CHEERS…Ronnie Simpson and two-goal hero Willie Wallace with the Scottish Cup after the 2-0 Hampden win over Aberdeen in 1967.
“He was different class and a hero of mine when growing up. I remember getting magazines in the 1950s when Ronnie was playing for Newcastle. He was a star way back then, as well.”
With Williams looking a more than capable replacement for the evergreen Simpson, it was clear that Father Time and injury had brought down the curtain on an extraordinary career of a very special player.
* TOMORROW: PART SEVEN: The Grand Finale and farewell to Ronnie.
Click Here for Comments >
Share. Twitter Facebook Google+ Pinterest LinkedIn Tumblr Email
Previous ArticlePOSITIVE FOR POSTECOGLOU
Next Article TOMMY GEMMELL: ‘ONCE A CELT ALWAYS A CELT’