Celtic Quick News on News Now
You are at:Home»In Pictures»THE FINAL CURTAIN? WORDS AND IMAGES OF THE SEASON: MARCH
By CQN Magazine on 13th April 2020 In Pictures

CELTIC produced a five-star performance as they routed St Mirren 5-0 with Leigh Griffiths firing in a glorious hat-trick for the champions.

No-one at Parkhead on the Saturday afternoon of March 7 realised they might have been witnessing the last game of the season with a coronavirus pandemic about to make its terrifying presence known worldwide.

Before the game went into lockdown, the Hoops had gone 16 points clear at the top of the Premiership as they chased a record-equalling nine successive title triumph first achieved by the legendary Jock Stein and his great Celtic team of 1966/74. 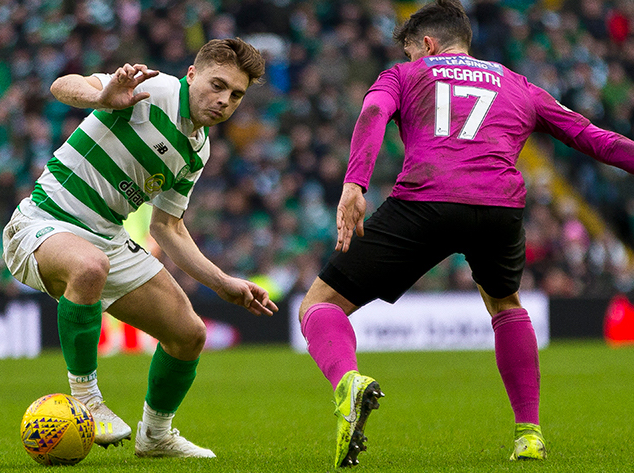 The home fans enjoyed what may have been the final curtain as Odsonne Edouard, with his 28th strike of the campaign, and Callum McGregor, via the penalty spot, added a late fifth against the groggy Paisley outfit who had been on the ropes since Griffiths’ opener in the 18th minute.

The football authorities called an emergency halt to the campaign just over a week later with Neil Lennon’s men 13 points ahead at the Premiership pinnacle and preparing for a Scottish Cup semi-final against Aberdeen at Hampden on Easter Sunday.

There was no sign of a babana skin when they took on Jim Goodwin’s outfit last month. CQN‘s ace lensmen were there to capture the action. Here is the pick of the pics. 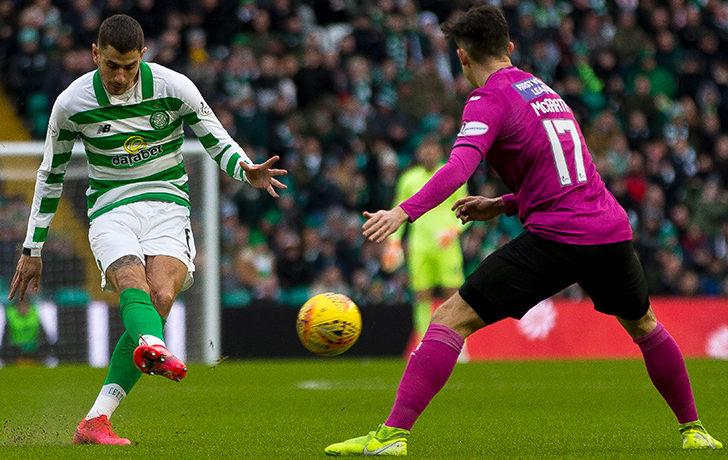 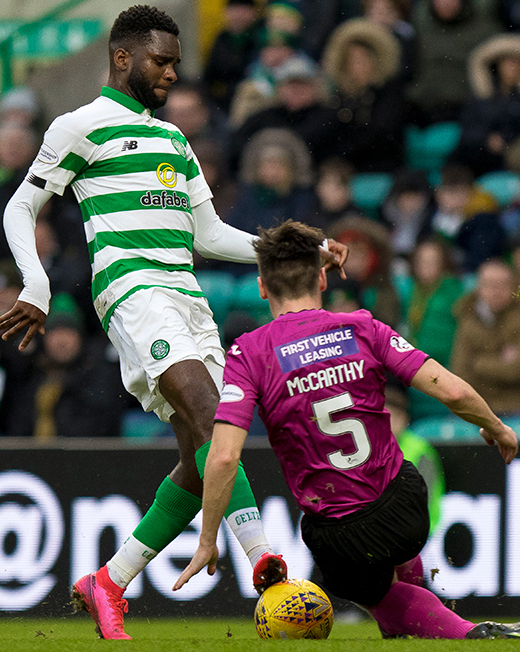 ON THE BALL…Odsonne Edouard takes on the challenging Conor McCarthy. 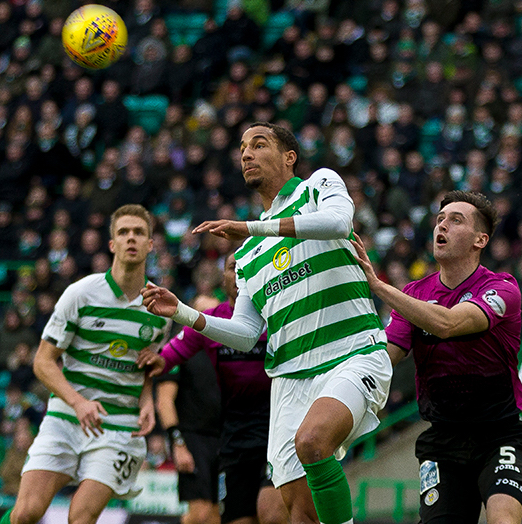 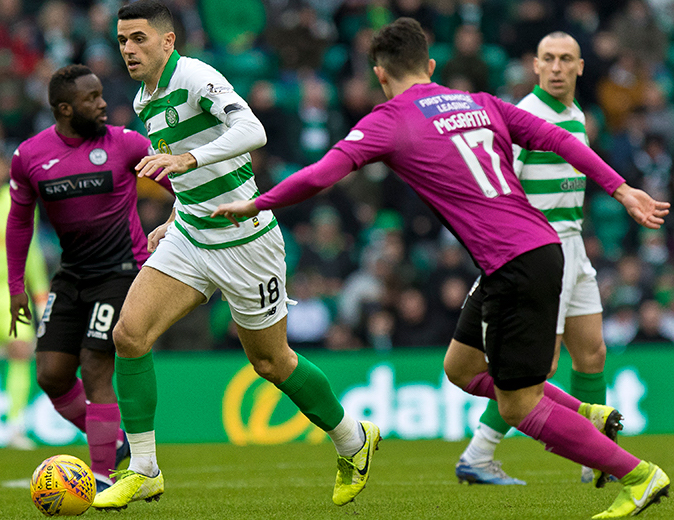 WIZARD OF OZ…Tom Rogic is about to be tackled by Conor McCarthy. 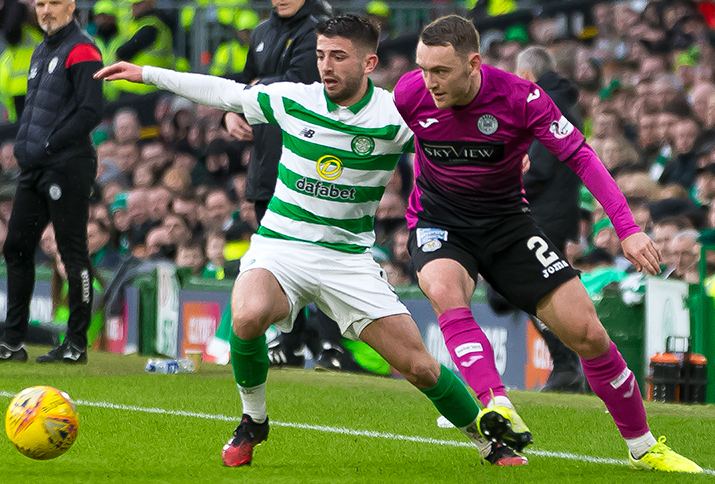 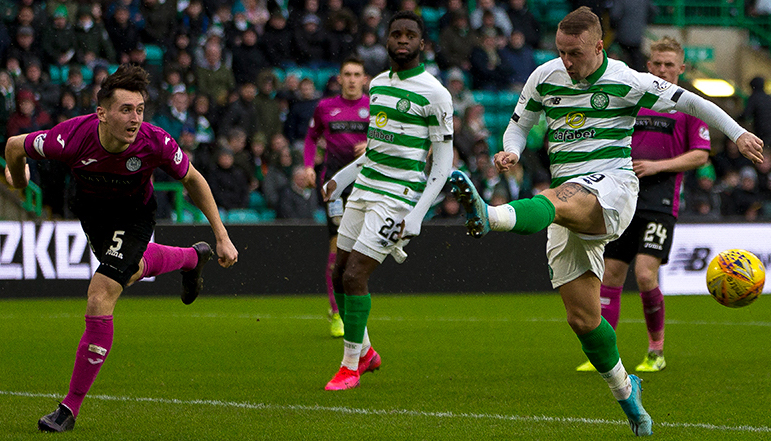 OOPS…Leigh Griffiths fails to connect with a right-wing cross. 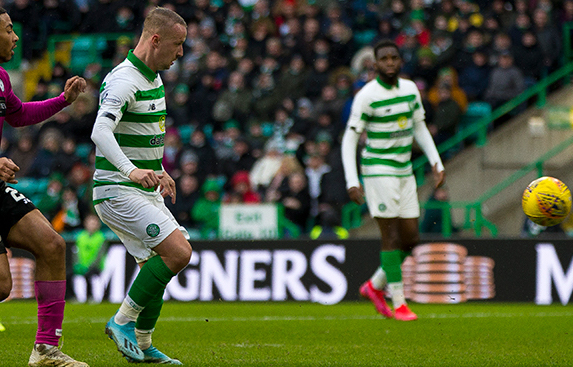 NUMBER ONE…Leigh Griffiths gets ahead of the Saints defence to steer in the opener as Odsonne Edouard looks on. 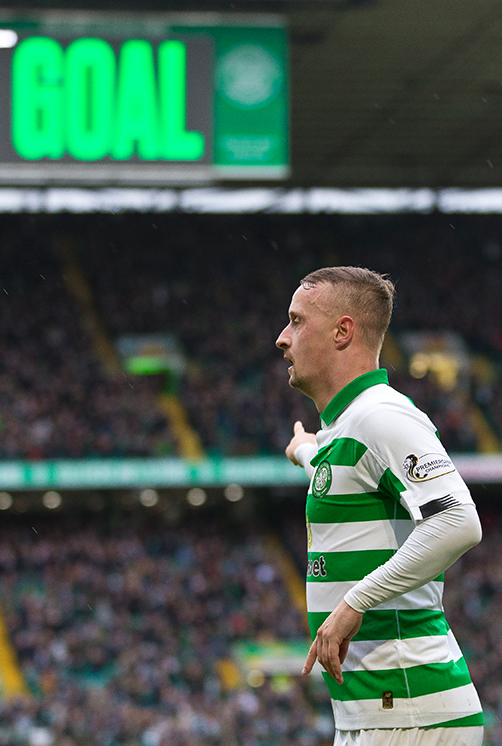 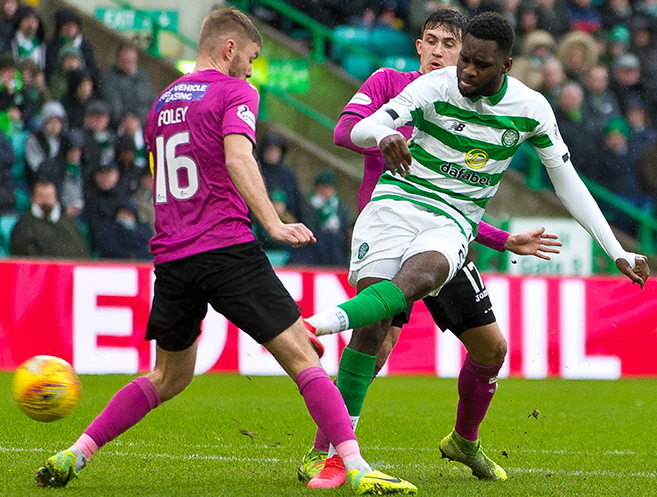 NUMBER THREE…Odsonne Edouard, with a fair degree of nonchalance, slots in a typical effort. 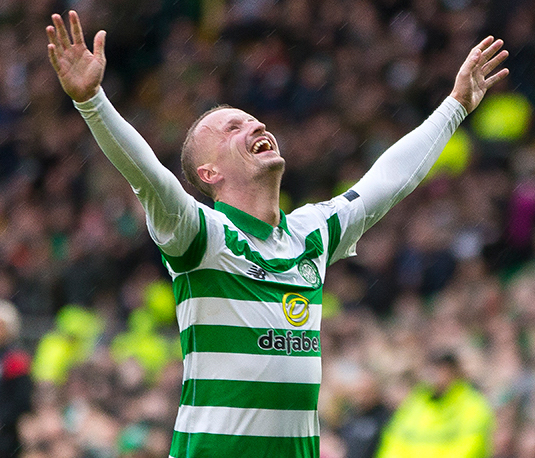 NUMBER FOUR…Leigh Griffiths looks to the heavens after claiming his hat-trick. 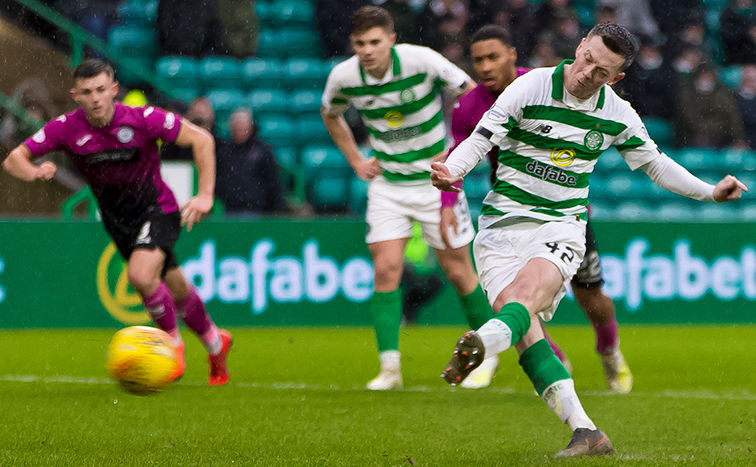 NUMBER FIVE…Callum McGregor caps a superb display by tucking away the final goal.

TOMORROW: Celtic stars as you have never seen them.