DURING the 1966/67 season Celtic won every competition that we entered. Our success and dominance exceeded our own borders and culminated with the European Cup triumph: forever etching 25th May 1967 and the immortal Lisbon Lions and Jock Stein into the hearts of all Celtic fans of all generations.

50 years on from that momentous, record-breaking season we are constantly reminded of the Lisbon Lions’ triumph; and not just because of the landmark anniversary. The Celtic team of today have recently surpassed the Lions’ remarkable 26 match unbeaten, domestic run and look unstoppable as we push for a clean sweep domestically. Moreover, we do so with the ‘pure, beautiful, inventive football’ that Stein demanded and received from the Lions.

With a buzz around Celtic Park that has been unrivalled for years, all Celtic fans look ahead with excitement as we cheer on the current crop in their attempts to emulate the domestic success of ’67, all the while being embroiled in nostalgia. Events to commemorate the Lisbon Lions will unfold as we draw closer to 25th May and today the Green Brigade launch a fan project to commemorate the 50th anniversary of Celtic’s greatest achievement.

Not forgetting the current team, we will mark our modern-day record-breakers’ League Title presentation fixture with a full-stadium tifo in commemoration of Lisbon 1967. On another famous night in our club’s history, the Celtic support rallied together to fund a full stadium tifo to mark the 125th anniversary of Celtic’s foundation. The Celtic support generously donated over £10,000 which produced a tifo almost as iconic as the Celtic 2-1 Barcelona score line of that night. For the landmark anniversary approaching we will pull off another full stadium spectacle.

The Green Brigade will forever be indebted to the Celtic support for your financial backing, endorsing of our efforts and ideas, and general moral support. Once again, we ask the Celtic support to prove why – just like the Lisbon Lions – we are world renowned. 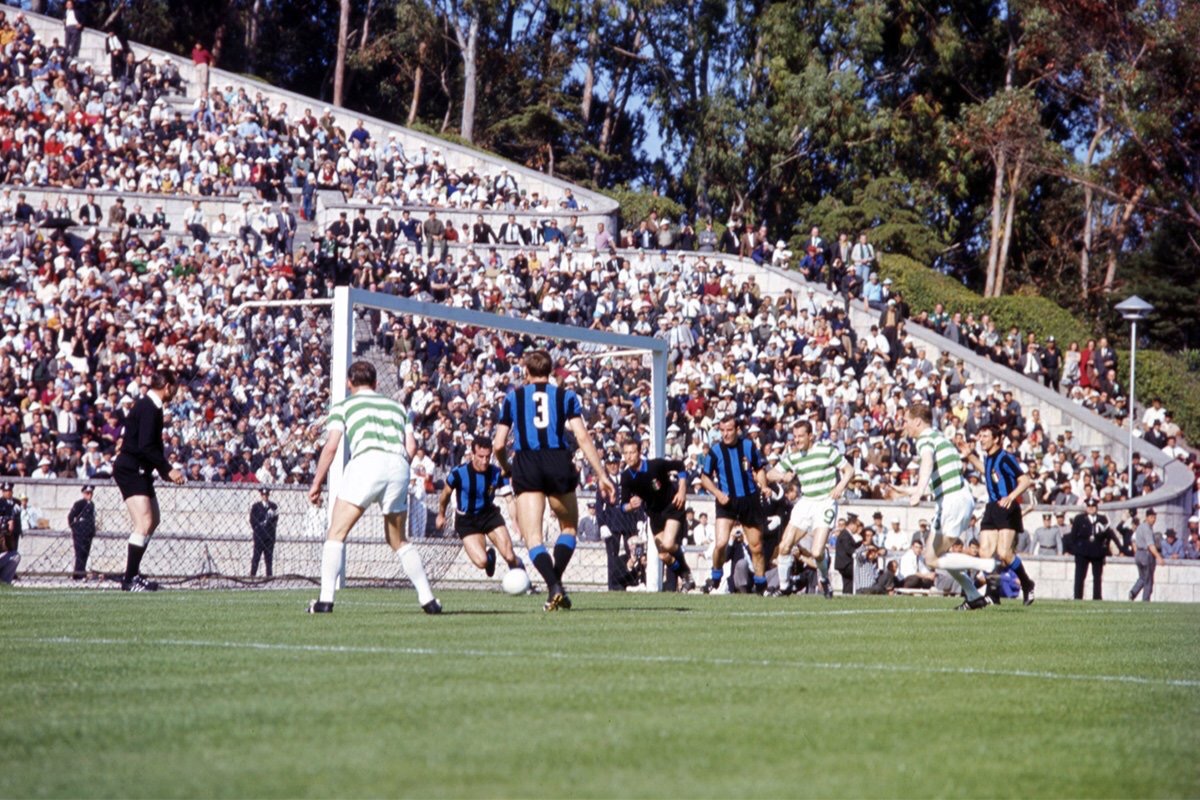 Donations can be made at: www.gofundme.com/lisbon50tifo

Any funds remaining will be put to further Lisbon commemorations and/or a Scottish Cup Final tifo.

Until The Last Rebel 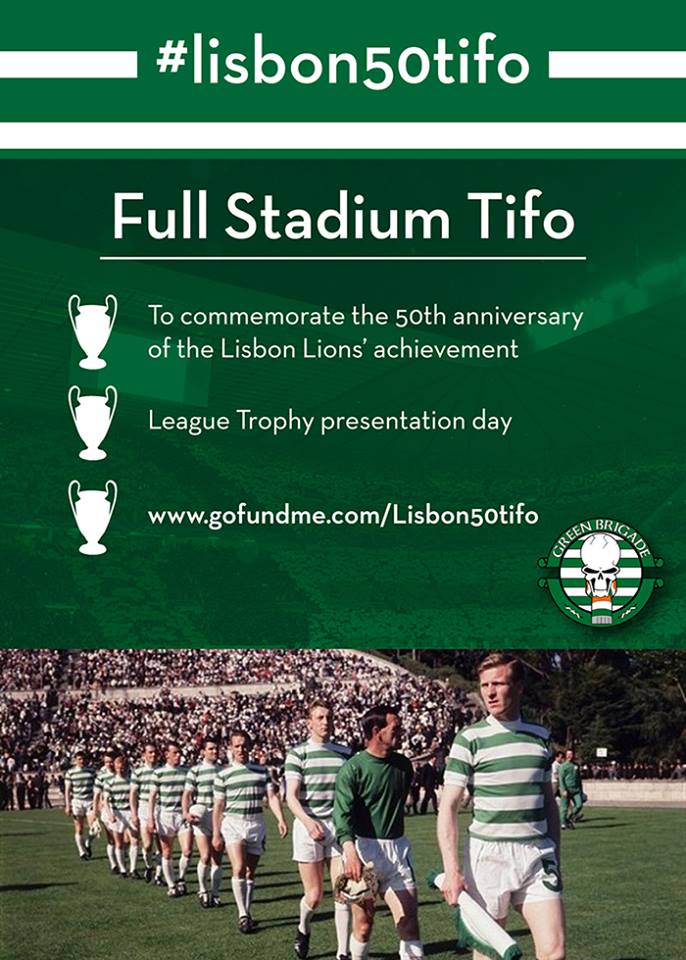