GIANLUIGI BUFFON raved about the qualities of Joe Hart and the comeback keeper’s role in the sensational rise to form of Celtic, as CQN reported earlier today.

It’s good to see the legendary Italian backing what CQN told our readers back on October 4, just two months after the 34-year-old netminder had agreed a three-year contract following a £1million move from Spurs.

All eyes were on the 75 times-capped shotstopper who had been three years in the wilderness at Burnley and the London club before he was brought in to try to solve a problem area that had cost the team dear the previous season with Vasilis Barkas, Scott Bain and Connor Hazard failing to provide a consitent answer.

Hart proved to us SIX months ago what he could provide the Hoops in a crucial campaign.

Here is how CQN saw the situation playing out last year. 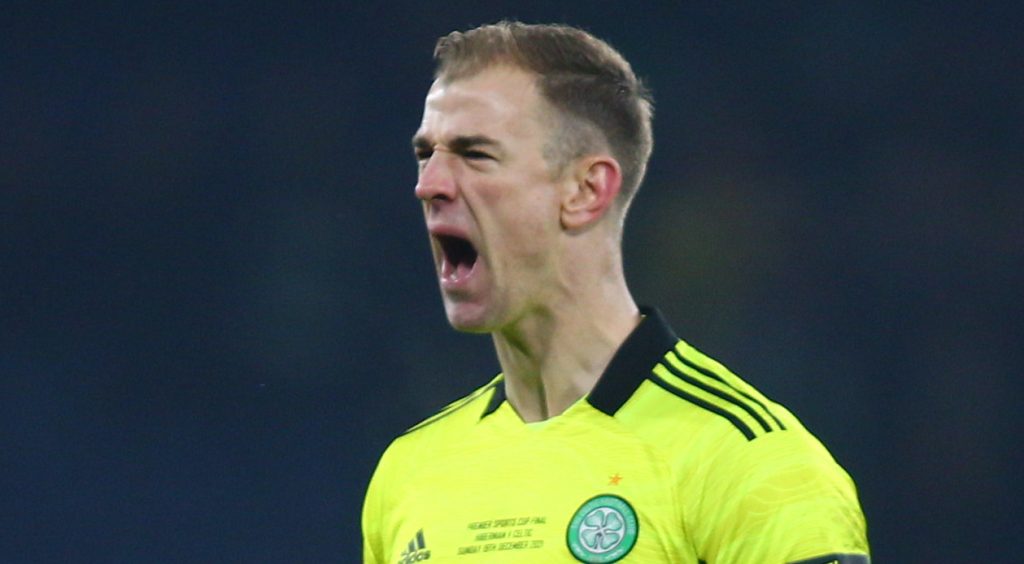 IN WITH A SHOUT…Joe Hart takes command.

TWO minutes before Filipe Jota scored what proved to be the winning goal against Aberdeen at Pittodrie yesterday there was a moment where Joe Hart underlined his importance to Celtic.

Former Hoops star Jonny Hayes was allowed to drift inside away from Adam Montgomery and line up a shot from 25 yards. Parkhead fans are well aware of the power the Republic of Ireland international can generate in that powerful little frame of his.

It was another heart-in-the-mouth moment during a second-half that was riddled with anxiety for a visiting team which had not won a domestic encounter away from home since February 14 when Neil Lennon had been in charge during his second last game as Celtic boss. 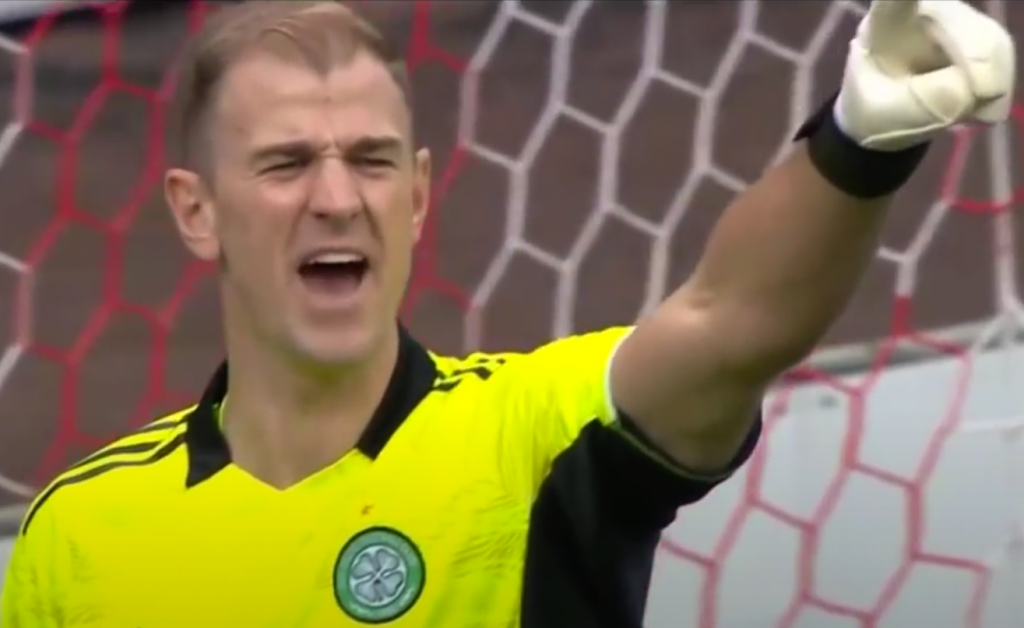 ON THE BAWL…Joe Hart shouts instructions to his Celtic team-mates.

Hayes was given the time to line up a drive and he made a perfect connection as he thundered in a pulverising drive that was arrowing in low at Hart’s left-hand post.

The 34-year-old former England international keeper was not helped in his quest to keep the ball out of the back of his net as it skipped up off the turf just in front of him.

Hart maintained total concentration as he threw himself across his line to get a hand to the ball and parry it up and away from the target. The alert Cameron Carter-Vickers completed the clearance as Christian Ramirez hovered in the vicinity.

Inside two minutes, Montgomery whipped over a left-wing cross and Jota buried it behind the helpless Gary Woods. At long last, Celtic’s miserable and fairly inexplicable sequence of awful away results came to a halt.

Hart’s value to the Parkhead side was emphasised in those two quickfire defining moments at Pittodrie.

LIGHTNING REACTIONS…Joe Hart beats away a netbound header from Scott Brown (extreme left) with the score 1-1.

The stop from Hayes was not a flashy, spectacular or acrobatic flying-through-the-air effort – known as ‘Hollywood saves’ –  but it was absolutely critical.

The headlines went to Jota, but that won’t worry an excellent professional such as Hart who will be more than satisfied with his contribution.

Nor should it be overlooked the netminder’s stunning reflex save from former Hoops onfield leader Scott Brown who flashed in a thumping goalbound header in the 65th minute with the scoreline balanced at 1-1.

Joe Hart may yet to prove the best £1million Celtic have ever spent.