Today, in Part Nineteen of our fascinating look back at these landmark times in the annals of fame at a momentous football club, we continue as Big Jock comes back from his near-fatal accident to clinch the league and Cup double.

In the previous campaign, Celtic had been cast adrift without Stein’s steady hand on the tiller.

They had been a chaotic, rudderless ship and, on far too many uncomfortable occasions and with all due respect to caretaker manager Sean Fallon, the only similarity with the team that had rampaged through nine successive title triumphs and this malfunctioning unit was the green-and-white hooped shirts. 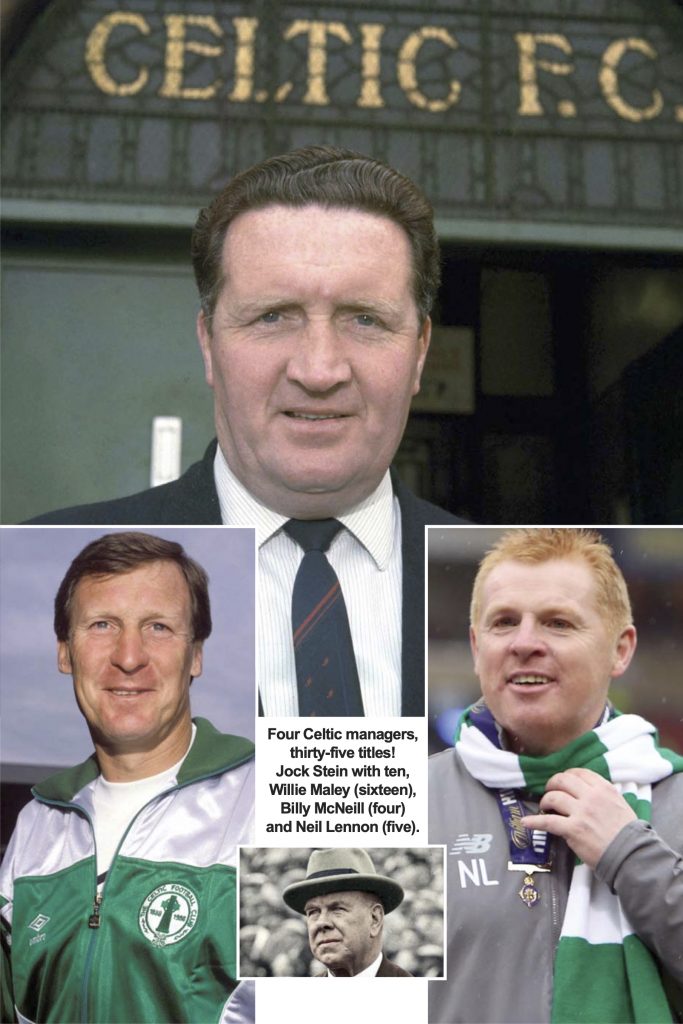 IMAGE COURTESY ’50 FLAGS PLUS ONE’ 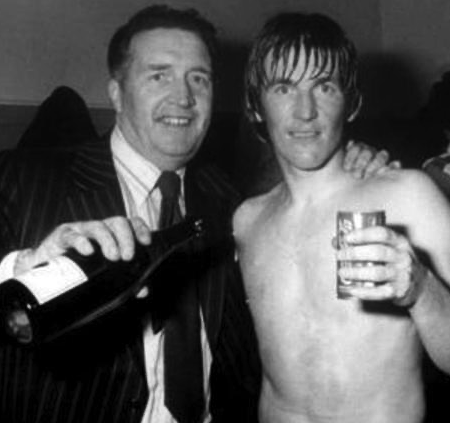 Stein was aware of the player’s qualities following their year together at the Edinburgh club in 1964. Stanton’s highlighted seasons at Easter Road were when he had performed as a dynamic and powerful force in the middle of the park, a driving, inspirational leader with an indefatigable appetite for sheer hard work.

Years took their toll and Stanton had been forced back to a more defensive role, but Turnbull, Stein’s old foe on the pitch and on the touchline, clearly preferred John Blackley, four years Stanton’s junior who had been chosen for Scotland’s World Cup Finals squad for West Germany in 1974 while Stanton remained at home. It had become evident the player would have to look elsewhere to play regular football. 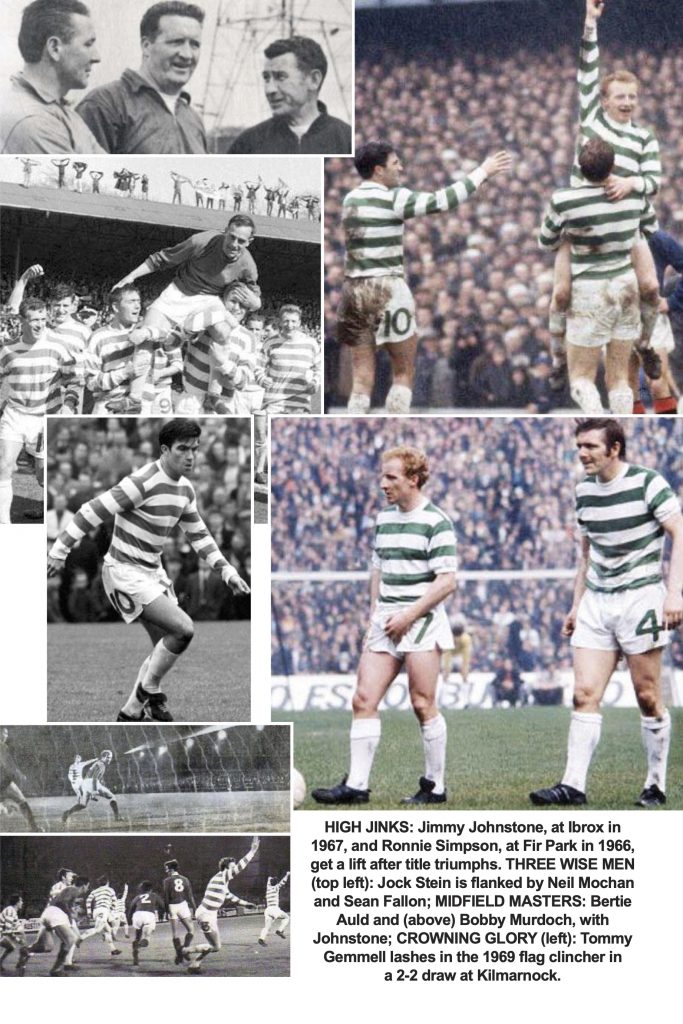 IMAGE COURTESY ’50 FLAGS PLUS ONE’

Sixteen days after the Stanton switch, the Celtic manager returned to Partick Thistle where he had bought Ronnie Glavin two years earlier for a club record £80,000. Former Firhill boss Davie McParland undoubtedly played his part in the £60,000 transfer of Joe Craig to Celtic. Again, the deal may have surprised a few. Craig’s style of play would never appeal to the game’s purists.

He was an old-fashioned rummle-‘em-up type of centre-forward. He had been four years at the Maryhill club after joining from Sauchie Juniors and most viewed him as a journeyman striker. Stein – and, most assuredly, McParland – had other thoughts. 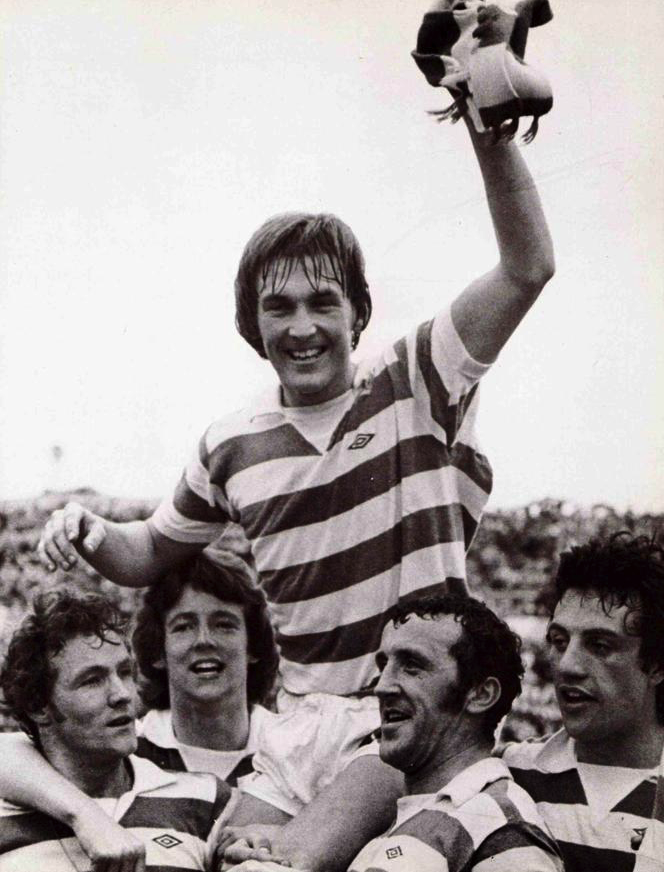 HIGH AND MIGHTY…Kenny Dalglish is lifted shoulder high by team-mates Johnny Doyle, Tommy Burns, Danny McGrain and Joe Craig after the win over Hibs at Easter Road for the club’s thirtieth championship.

*TOMORROW: THE JOCK STEIN YEARS: PART TWENTY: And now the end is near…