The 36th anniversary of the passing of the Hoops great, at the age of 62, was marked by CQN last week,

Today, in Part Two of our fascinating look back at these landmark times in the annals of fame at a momentous football club, we continue as Big Jock leads the club out of the doldrums.

However, the verbal agreement almost came to a halt before the final syllable when the Celtic chairman put it to a strong-willed man he would have Sean Fallon as a joint manager.

The Irishman had been McGrory’s assistant and, in truth, did most of the training with the players while the manager stayed in his office at the ground and, incredibly enough, sorted out the wages for staff as well as other menial tasks. 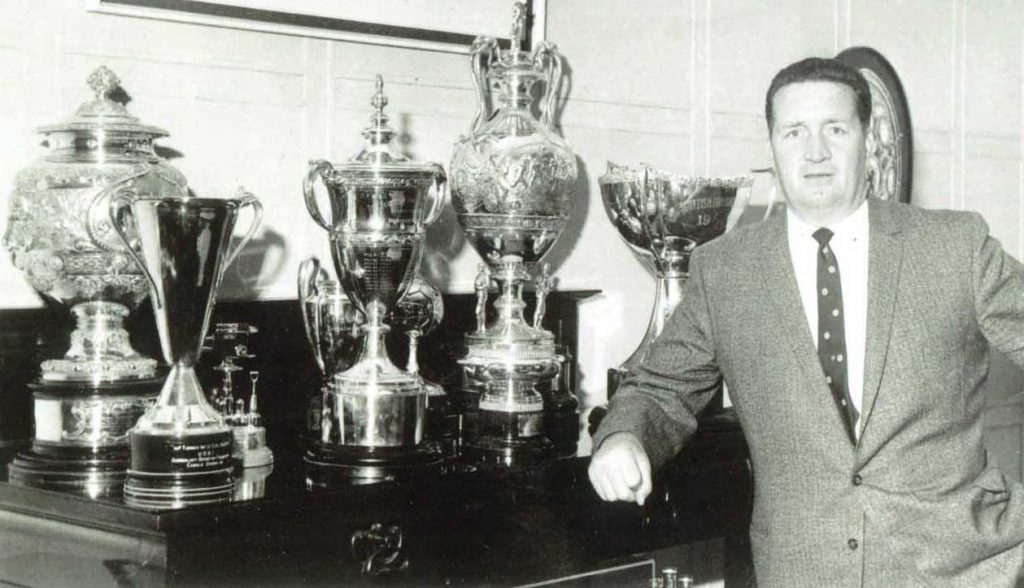 A MAN AND HIS TROPHIES…Jock Stein proudly poses with some of the silverware collection.

* TOMORROW: THE JOCK STEIN YEARS (PART THREE): Six of the Best: The pick of the bunch in Celtic’s unstoppable 1966/67 league-winning campaign.