CELTIC are only six wins away from clinching the record-equalling nine in a row.

Last night’s sequence of results left the champions THIRTEEN points clear at the top of the Premiership with the ninth successive crown in plain sight.

Steven Gerrard watched his Ibrox side topple 1-0 to Hamilton Accies in Govan to drop further behind. They have 10 league outings to play and if they win them all – unlikely as that may seem – they will finish with 94 points.

The simple math tells you Neil Lennon’s men can beat that total if they are victorious in six games that would take their present tally of 77 to an unassailable 95 – and that would match the feat of Jock Stein’s great side that ruled the country from 1966 to 1974. 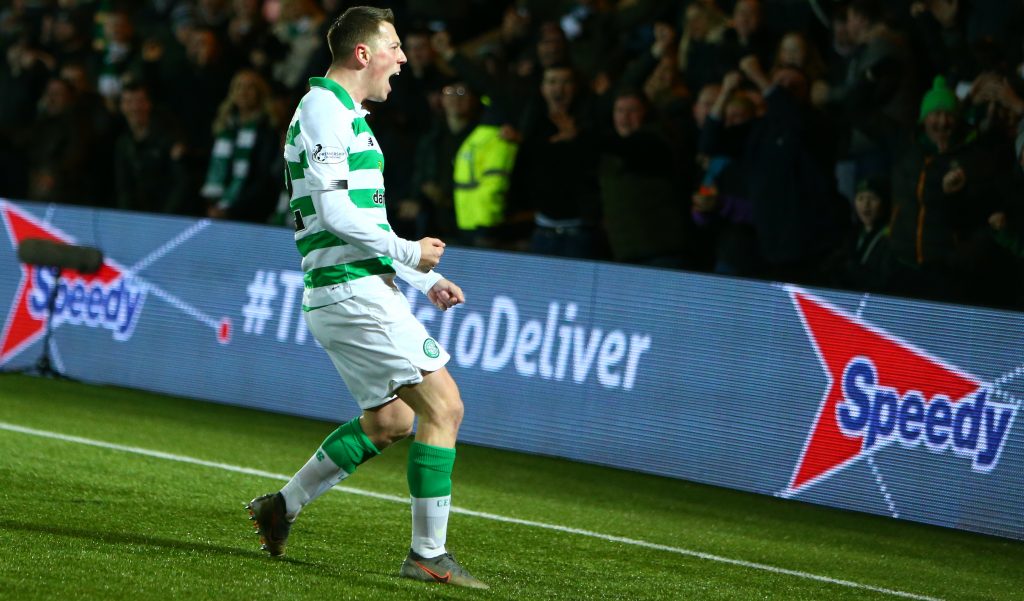 SPEEDING THEIR WAY TO NINE…the touchline advertising says it all as Callum McGregor celebrates the opening goal.

Celtic play St Mirren at Parkhead on Saturday afternoon while Gerrard takes his team to Dingwall for an awkward confrontation with Ross County 24 hours later.

And the clubs will, of course, lock horns at Ibrox a week later where something will have to give. Goals from Odsonne Edouard and Jonny Hayes gave the title kings a 2-0 triumph at the same venue at the start of September.

That result was negated, however, when the Govan club won their first game in the east end of Glasgow for nine years with a 2-1 success just before the turn of the year.

That saw Lennon’s side on top of the league by two points going into the break with their Glasgow neighbours having a game in hand and making all sorts of noises about derailing the green-and-white juggernaut. 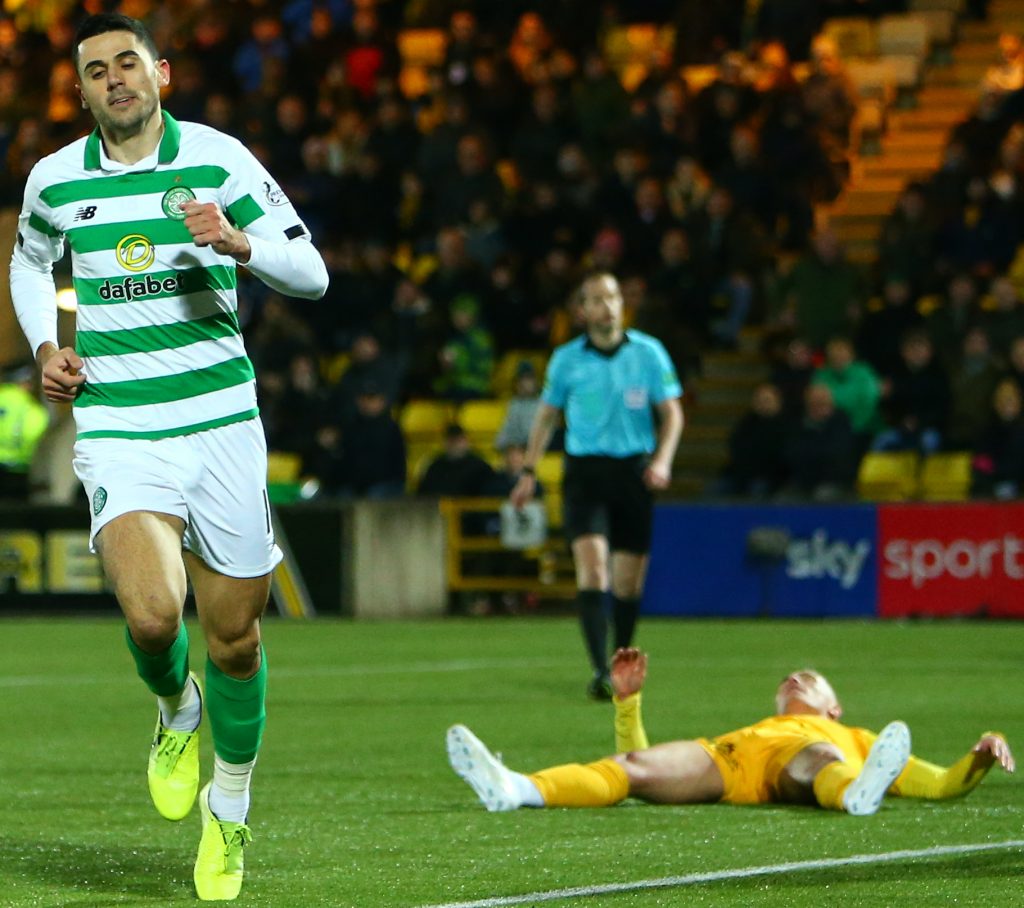 OZ-SOME…Aussie star Tom Rogic turns away after his equaliser.

The Hoops dropped their first points of 2020 in West Lothian, but Liverpool legend Gerrard has witnessed his team lose to Hearts (2-1), Kilmarnock (2-1) and now Accies (1-0) while shedding points in draws with Aberdeen (0-0) and St Johnstone (2-2).

Their latest flop saw them notch up a bizarre double – they have now lost consecutive matches to the team who started the day as officially the worst side in the top flight.

Hearts were rock-bottom when they beat them 1-0 in the Scottish Cup quarter-final at Tynecastle on Saturday night. They came off the foot of the Premiership with their 3-1 success over Hibs at Easter Road on Tuesday.

That sunk Accies to anchor position, but their three points last night has seen them leapfrog the Edinburgh outfit by two points.

That is not title-winning form, as anyone at Celtic would testify – for the ninth successive season.