ANGE POSTECOGLOU is wary of the burn-out fear that could jeopardise Kyogo Furuhashi’s first season at Celtic.

The Japanese striker has claimed 10 goals in 14 starts for the Hoops and the £4.6million summer arrival from Vessel Kobe is already a hit with the Parkhead faithful.

Eyebrows were raised at the weekend when Kyogo started the match against Livingston on the substitutes’ bench with Giorgos Giakoumakis leading the line for only the second time in the line-up at kick-off.

The Greek toiled throughout to make any sort of impact and Postecoglou made the anticipated change when he introduced the team’s top scorer in the 58th minute as he rejigged his side when Carl Starfelt limped off. 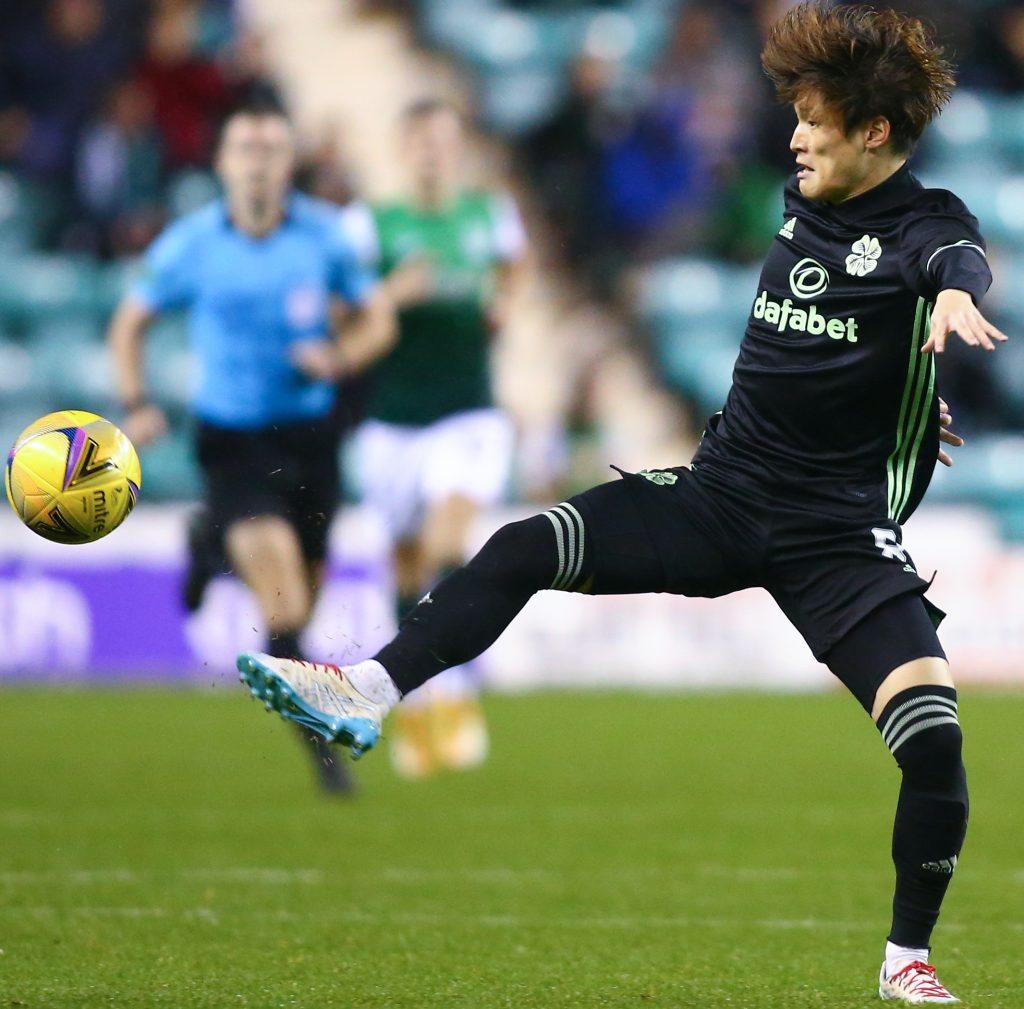 However, a dismal pattern had been set and it proved impossible for Kyogo to pick up the pace of his team-mates who had become stifled in the suffocating spoilsport tactics of their opponents. The Hoops fluffed their lines in the east end of Glasgow and the frustrating scoreline remained blank after Giakoumakis failed miserably from the spot with a feeble penalty-kick that was comfortably saved by Max Stryjek.

The Greek-Australian gaffer can understand the outlook of the supporters, but is fearful of asking too much of the team’s main goal threat.

Reflecting on the need to rotate his squad for the rigours of the entire campaign, Postecoglou said: “Of course you have to. We have already seen that when we lost Kyogo and Callum McGregor in the last period. 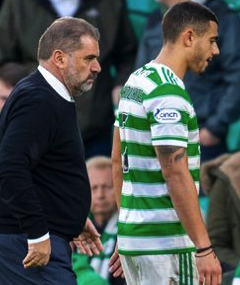 I’VE GOT YOUR BACK…Ange Postecoglou has been protective of penalty-kick culprit Giorgos Giakoumakis.

“Giorgos Giakoumakis, Mikey Johnston and James Forrest were out. We had no real options up there, so now we have got them back. I have to get them up and running, get them fit and give them as much game-time as possible so we have options up there.

“We have to be really careful with Kyogo because he left Japan three quarters of a way through a season. He’s come back, he’s had international football, he’s already had an injury.”

The Hoops boss, speaking to the Glasgow Times, added: “I know people want him out there all the time and he’s done fantastically well every time he’s played.

“But we have to be careful as it’s just starting November and he can’t be just playing every game right through to April and May and expect him to perform at the top level.”

FLAT OUT…Albian Ajeti is a Swiss miss as he passes up a chance in the 1-1 draw with Dundee United.

The problem for Postecoglou is fairly obvious – he does not have adequate replacements if the Japanese frontman is not playing.

Quite apart from his penalty-kick miss, Giakoumakis was fairly ineffectual against Livi and his only shot on target in 90-plus minutes was his dreadful spot-kick.

Albian Ajeti is an alternative, of course, but the Swiss international has yet to inspire and has claimed a mere nine goals since his £5million switch from West Ham last summer.

Kyogo is clearly the main man and there will be a burden to produce through this month and December before the next transfer window opens and Postecoglou will have the opportunity to bring in more worthwhile attacking options.