Remarkably, Jock Stein couldn’t bear to look and actually turned his back on the action taking place only yards adrift of his left shoulder. He had decided to go walkabout. He strolled down the touchline, his head bowed and his hands clasped in front of him, almost as if in prayer. Celtic were moments away from becoming only the fifth team to win the European Cup while Stein paced steadily forward, his gaze fixed on the track in front of him. A lifetime’s achievement was within touching distance; his hard work, toil, graft and genius about to be rewarded. The delay was interminable, verging on the unendurable. 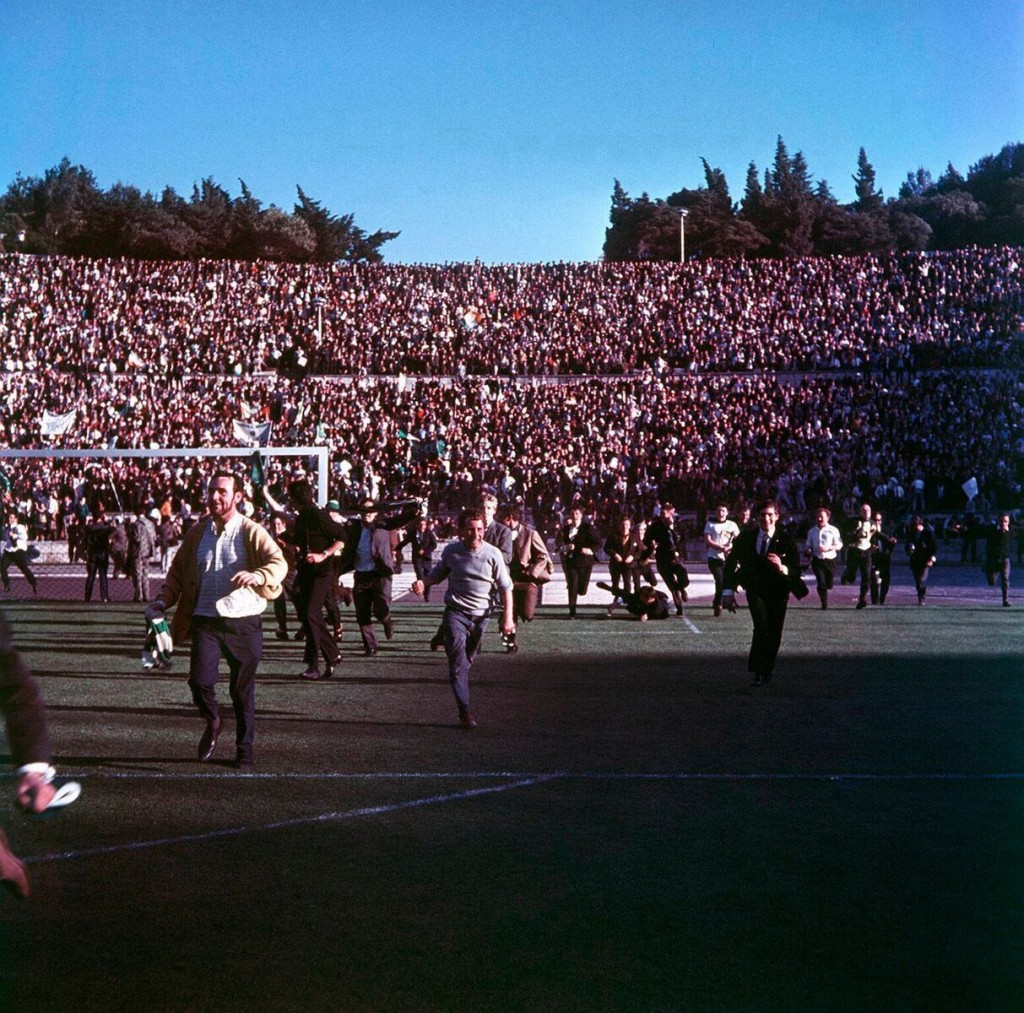 Suddenly, there was the welcoming blast from the match official’s whistle and the stress was expunged immediately. Stein spun, brought up his fist in acclaim and yelled, ‘Yes!’ The job was done; Celtic had made history by conquering Europe, the first British club to achieve what had previously been deemed by so many football experts as an impossible task. 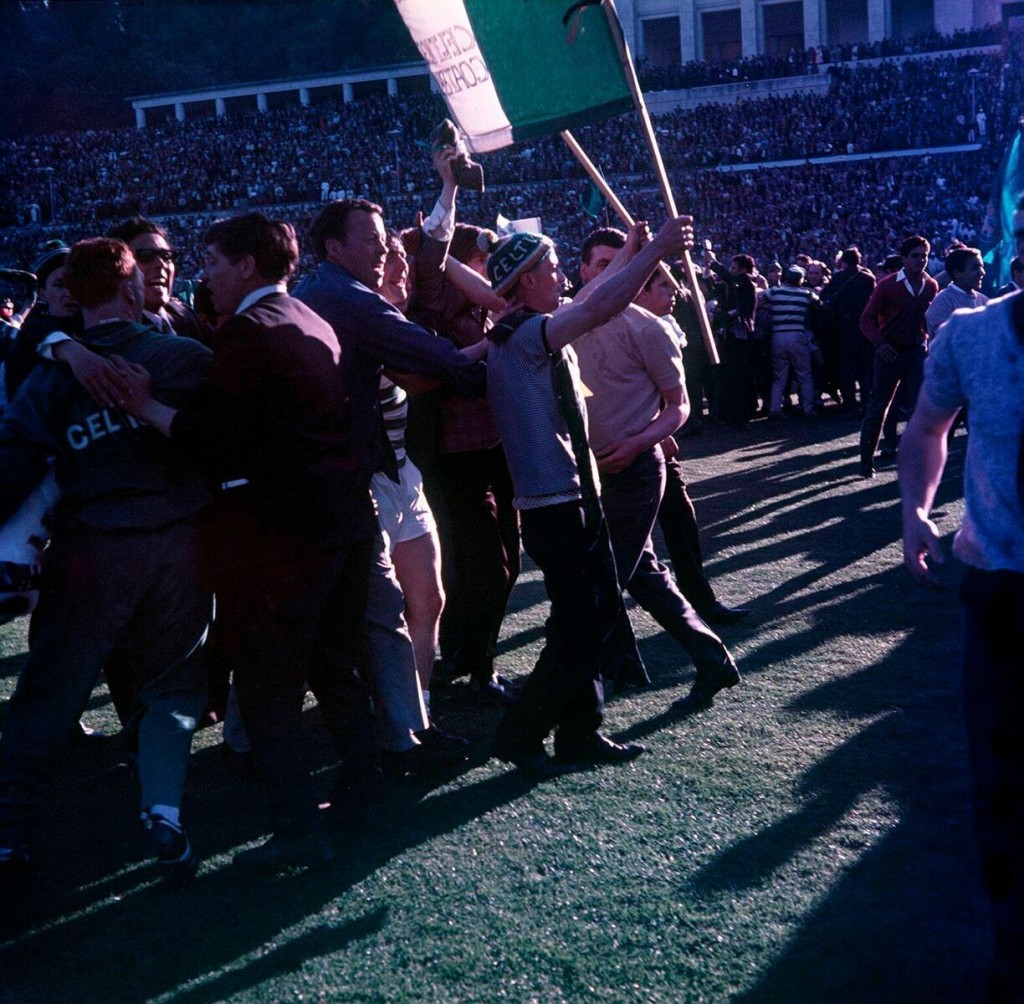 Stein thought for a moment and replied, ‘Actually, there is a better secret than that – we are a good football team.’

The Celtic manager was never known for his under-stated values of his team or its players. Merely good? The team that now ruled European football and who were already being acclaimed as the best in the world? Stein, of course, fully realised Celtic weren’t merely a good football team – they were a magnificent and unique sporting structure who echoed the thoughts, methods and ambitions of their equally progressive manager.

Somehow, Stein had taken a team that had been annihilated 4-0 by MTK Budapest in the second leg of their Cup-Winners’ Cup semi-final in Hungary only three years earlier and had shaped them into the best in Europe. And he achieved it with six players who had been on the receiving end of a drubbing in the famous Nep Stadium – Billy McNeill, Tommy Gemmell, John Clark, Bobby Murdoch, Jimmy Johnstone and Stevie Chalmers.

Celtic staggered through a mistake-riddled 1963/64 season routinely being turned over by fairly average opponents such as Falkirk (0-1) and St Mirren (1-2) while Kilmarnock hammered them 4-0 at Rugby Park. They were 4-0 ahead of Third Lanark at the interval in a league game at Parkhead and were pegged back to 4-4. It was goalless at half-time as they struggled to overcome non-league Eyemouth United in the Scottish Cup. They eventually won 3-0 when the gallant part-timers ran out of puff. Even worse, they played Rangers five times – twice in the championship, twice in the League Cup and once in the Scottish Cup – and lost the lot while conceding eleven goals and scoring only one. Grim reading, indeed.

But Stein, with a resolute belief in his self merit, shook a club from its lethargy and navigated a path towards soccer’s promised land, vigorously debunking previous long-held theories while doing so. 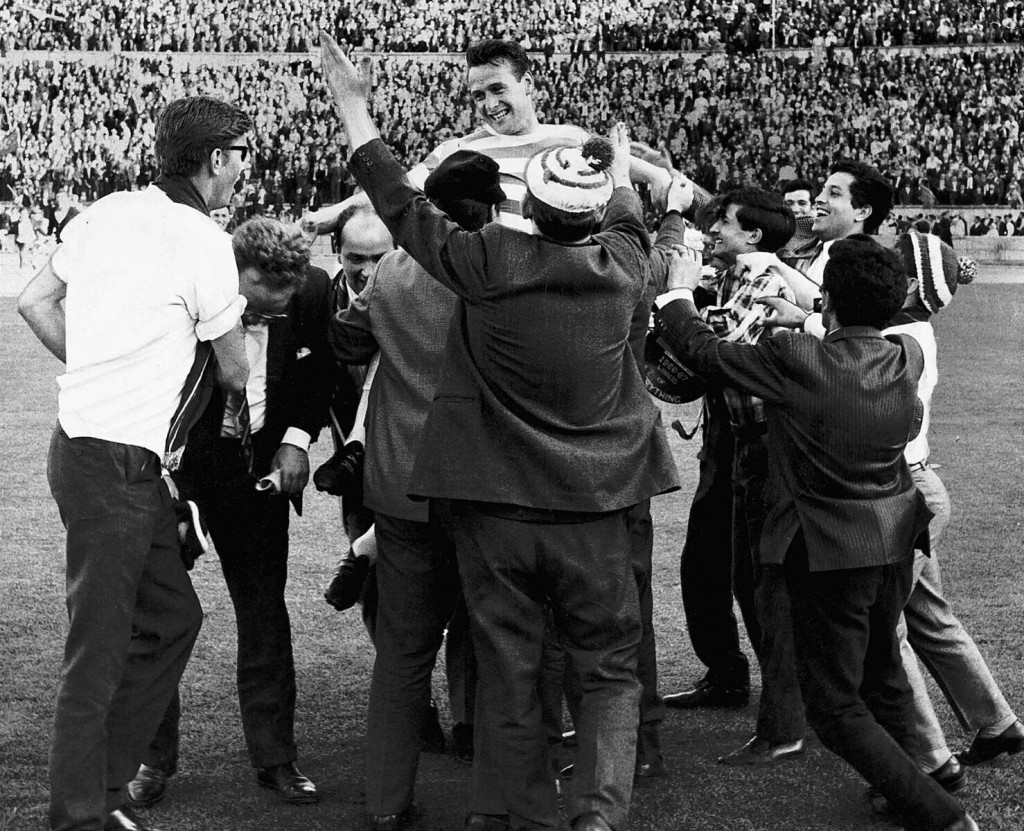 What motivated the phenomenon that was Jock Stein? There can be no argument that graphic, etched-in-coaldust memories of his early life as a miner, beginning as a sixteen year old at the Earnock pits in Lanarkshire, never left him. He would tell journalists of those days when he fed bread to the rats who awaited his company as he descended 1,000 feet underground on a daily basis to make a living. He would say, ‘No-one knows darkness like the darkness inside a mine.’ Another oft-used expression was, ‘You go down that pit shaft and you can’t see a thing. The guy next to you, you don’t know who he is. Yet he is the best friend you will ever have.’

Stein wasn’t a particularly complex character and had little time for complications while dealing with matters in a basic and practical manner. He could trample on people’s sensitivities and he upset more than a few players in his time. There were those who would insist agreeability wasn’t exactly his stock in trade. Undoubtedly ruthless, he made decisions that were far removed from popular. Although some former Celtic players of my acquaintance admit to still experiencing traces of bitterness and resentment at the way they were treated, not one of them has even attempted to cast aspersions upon his managerial ability. That aspect of Jock Stein’s persona is unchallengeable. 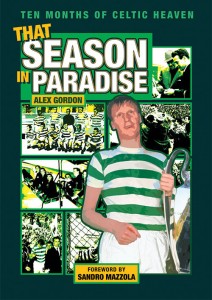 No-one was ever sure whether he was joking or being philosophical when he said, ‘The secret of being a good manager is keeping the six players who hate you away from the five who are undecided.’

Jim Craig made this honest observation, ‘Jock was not an educated person, in general, but he was a highly intelligent man. He would have sauntered through a university degree course.’ To many, the Celtic manager thrived on argument and debate and not just on the topic of football. Craig also pointed out he possessed a general knowledge to enable him to be ‘a stimulating conversationalist’.

Sir Matt Busby, the legendary former Manchester United manager, who was a close confidante of Stein, said, ‘He had a remarkable eye for detail in football and a memory bank that bordered on the impossible. As history shows, he put it all to a good use.’

Extract from That Season in Paradise – Ten Months of Celtic Heaven by Alex Gordon. Out now and available on CQNBookstore.com – for £15.99. Orders placed today will include a FREE Cesar DVD.