ISMAILA SORO made his mark on the Celtic midfield in the 3-2 win over Lille at Parkhead during the week.

The 22-year-old Ivorian, who arrived in a £2million deal from Israel outfit Jagiellonia Blalystok in January, made his first start for the Hoops in the anchorman role while skipper Scott Brown got a breather for the Europa League Group H finale.

Soro took the opportunity to show what he can contribute to the champions in the vitally important months ahead where they are bidding for a historic tenth successive title while they have Hearts to face in the delayed Scottish Cup Final at Hampden a week tomorrow.

Victory over the Edinburgh club will bring Celtic a remarkable twelfth consecutive domestic honour while sealing the unprecedented quadruple treble.

Neil Lennon now has a decision to make while he prepares for tomorrow’s visit of Kilmarnock in a must-win confrontation as Scotland’s title kings attempt to close the gap at the top of the Premiership. 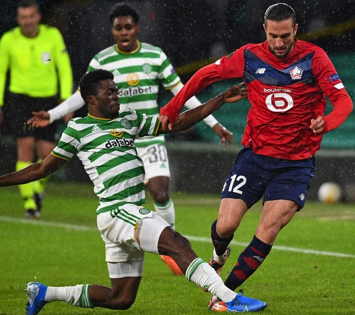 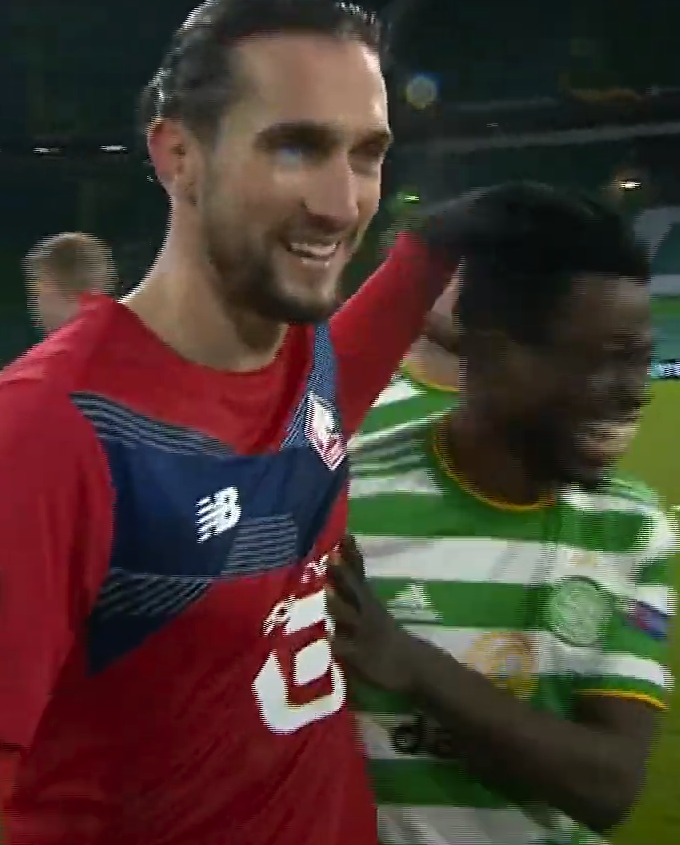 SMILES…Soro and the French ace at the end of the dramatic 3-2 win.

The Ivorian staked a claim with his inexhaustible performance against the French outfit as he protected the back four, snapped into tackles, won the ball and kept the flow going towards the opponents with short, sharp and accurate passes.

Lennon, speaking to the Daily Record, said: “I was pleased for Soro. It’s not been easy for him. He came in as one for the future and then there’s all that happened this year. He went back to the Ivory Coast for a family issue, but that meant he had to wait another couple of weeks to rejoin us.

“But I’ve really liked the look of him in training and he came in and was great the other night.

“Has he given me food for thought? Absolutely.

“Turnbull is another one. He was different class the other night. He’s well in my thoughts for Kilmarnock.”