Ronny Deila has been talking about a treble since early in the season, far too early for my liking.  History suggests that trebles are notoriously difficult to win, even for dominant teams.  The league is usually won by the best team but it’s hard to win every game in two cup competitions, no matter how good you are.

Despite this, I’ll not bet against Ronny getting his wish.  He needs to win four games cup games, three of which would be at neutral Hampden, with only one game, the Scottish Cup quarter final, possibly being played away from home.

The cynic among you will, therefore, expect an away draw, possibly in some far-flung end of the country, like Inverness.  My money is on a trip to Easter Road.  I’ll be happy to avoid Tannadice, scene of our last defeat and a place they’re understandably feeling sort over the loss of Stuart Armstrong and Gary Mackay-Steven.

People of Kirkcaldy: that whole 1994-Ibrox thing, forget about it, we’re OK.

Well done to Celtic for highlighting their position as the least likely football team to financially default, according the US rating agency, Standards & Poor’s.  Commercial and ticket income across Scottish football has fallen in recent years but that was only going to result in Armageddon if those in charge of clubs put an inflated sense of their own importance ahead of paying bills.

See the photo above sent by Mary’s Meals last week of the school kitchen we funded at CQ10.  Work is already underway to raise funds for a fourth CQN kitchen in Malawi after the CQN11 St Patrick’s Dinner, on Friday 13 March at the Kerrydale Suite.  Email me for ticket, celticquicknews@gmail.com 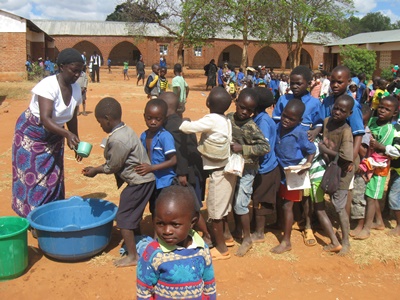