SCOTTY SINCLAIR insists his unstoppable penalty-kick in the 1-1 draw against Motherwell was the ideal answer to the Fir Park boo boys.

The flamboyant attacker kept his composure to thump in the leveller in midweek to wipe out Mikael Lustig’s own goal.

Sinclair started on the subs’ bench, but replaced Stuart Armstrong in the second-half and helped the Hoops stretch their unbeaten UK record to a remarkable 66 games.

He said: “It’s always nice to score after the abuse and the stick. 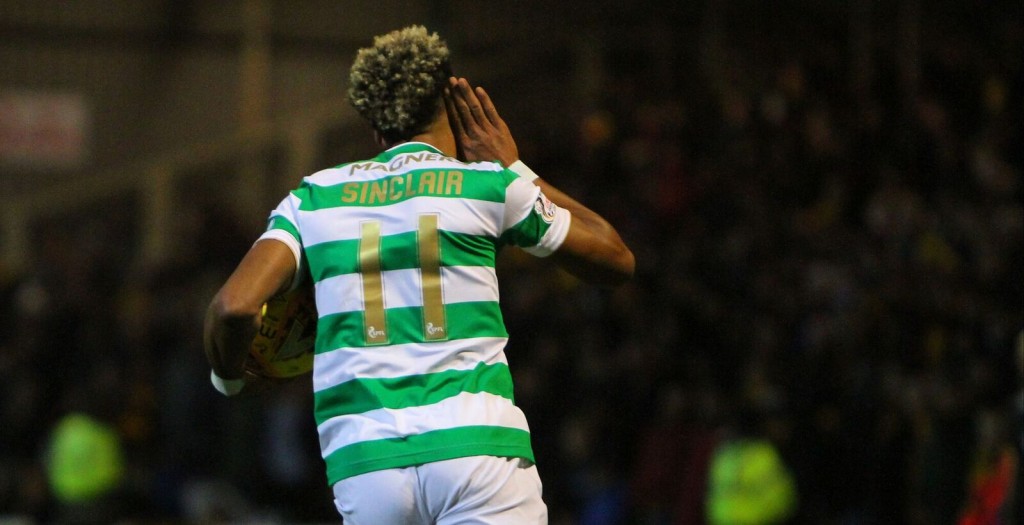 “But it doesn’t faze me one bit. When I step up to take a penalty I am always calm and composed.

“There was no competition to hit the penalty. Obviously, Moussa is the regular penalty taker, but he was not playing and I am No.2.

“So when he is not on the pitch it’s up to me. It’s about composure when you take penalties. You have to be confident.

“It was a pressure penalty, but I just put everything that was happening to one side and focused on putting it in the back of the net.”

He added: “Deep in the team we have belief. When you go 1-0 down late in the game, like we did against Motherwell, it takes character to come back from that.

“Every week is tough. Every side wants to stop our unbeaten run. But we’re never complacent.”