CELTIC’S chance of the phenomenal quadruple treble is still on!

SFA president Rod Petrie has given his assurance this season’s Scottish Cup WILL resume with fans in attendance.

The Hoops, of course, have cleaned up in the silverware stakes in Scotland in the previous three campaigns and were on course for a historic four years of domination this time out.

A goal from Christopher Jullien against Steven Gerrard’s Ibrox outfit in December brought in the Betfred League Cup – the club’s TENTH successive domestic honour – and Neil Lennon’s team were sitting 13 points clear at the top of the Premiership with only eight games to play when the game went into lockdown due to the coronavirus pandemic. 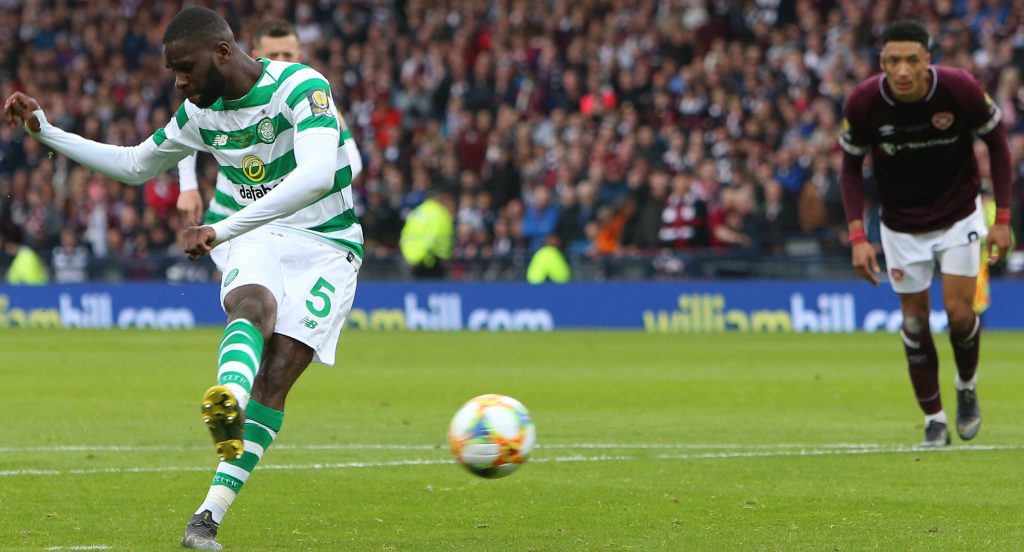 CRASH…Odsonne Edouard thumps in the leveller against Hearts from the penalty spot.

BANG…Odsonne Edouard lifts the winner over the helpless Bobby Zamal. 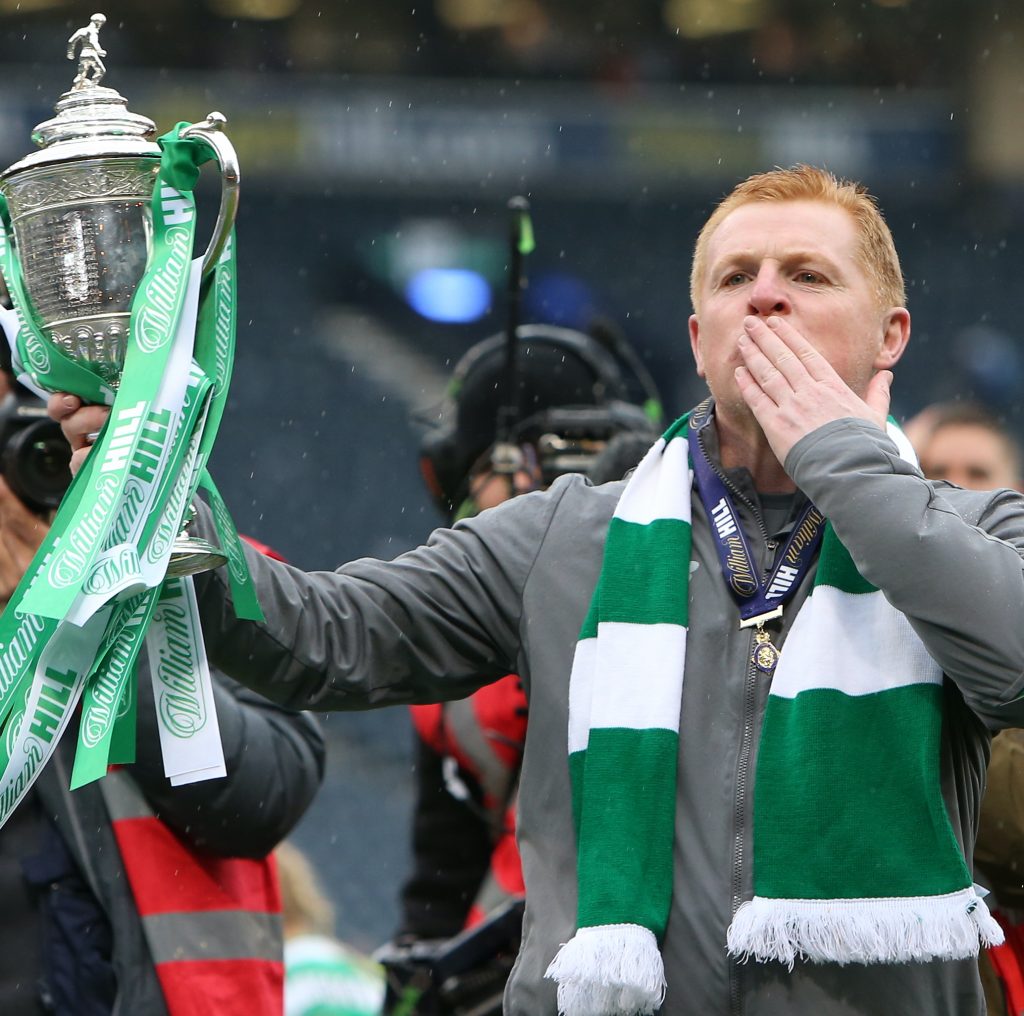 WALLOP…Neil Lennon blows kisses as he holds the newly-won trophy.

However, it is only a matter of time before the Parkhead club win their ninth successive crown – either on or off the field.

They were due to play Aberdeen in the Scottish Cup semi-final at Hampden on Easter Sunday before football closed down in the middle of March.

This term’s tournament has been frozen at the last-four stage with Edinburgh duo Hibs and Hearts poised to fight out their tussle for the right to play in the Cup Final.

SFA chief Petrie is adamant he’s in no hurry to finish the knock-out event and will wait until it’s safe for supporters to attend and create the traditional “joyful” atmosphere.

Asked if the intention is to finish the tournament, he told BBC Sportsound: “Yes. We want to play the games. It’s a showpiece competition.

“We want to play both semi-finals and the Final in front of fans, so that means later in the year, even into NEXT year.

“And that’s why our regulation group is there to do so the SFA has the power to determine when it can play that competition. That’s an important part.

“But again, we are going to have questions to deal with in terms of the practical arrangements for sets of supporters as well as travelling because it’s not a local game. In the league you might look to have just home supporters and not have visiting fans.

“We need to make sure most of the restrictions are over before we can have a meaningful and joyful Scottish Cup.”

Two second-half goals from Odsonne Edouard completed the fightback in the 2-1 triumph over Hearts in last season’s spectacle at the national stadium and a stoppage-time strike from Tom Rogic against Aberdeen kicked off the hat-trick in 2017. First-half efforts from Olivier Ntcham and Callum McGregor won the silverware the following year with a 2-0 victory over Motherwell.