In Part Five of the EXCLUSIVE series, author Alex Gordon opens his book files once again as we travel back in time to acknowledge the fabulous career of an incomparable character.

In recent days, we have published the thoughts of club legend Billy McNeill and Jock Stein’s historic Bhoys following interviews with Alex for his publication, ‘The Lisbon Lions: The 40th Anniversary’, which was published in 2007. Today we turn the spotlight on the relationship between the manager and the shotstopper. 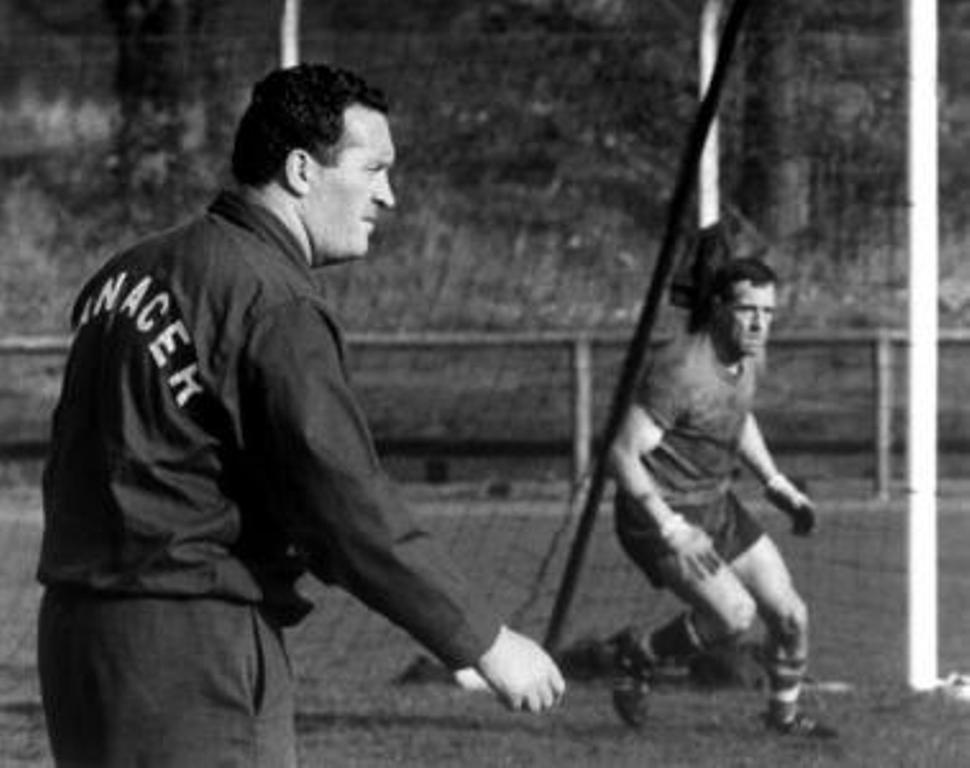 RONNIE SIMPSON believed he would be on his way from Celtic when Jock Stein arrived from Hibs in March 1965.

It was Big Jock who had removed the veteran netminder from the Easter Road first team to install Willie Wilson, a reasonable shotstopper, but never a keeper who would be in contention for a place in a Scotland international squad.

It seemed clear the manager did not rate Simpson and that appeared the case when John Fallon remained between the sticks for the remainder of the 1964/65 season and was the man in charge when the club won the Scottish Cup following a dramatic 3-2 encounter with Dunfermline at Hampden, the Hoops’ first silverware since the 7-1 League Cup Final romp against Rangers in 1957.

Simpson had never been slow to throw in his tuppence worth in team talks and suchlike and Big Jock may not have welcomed such intrusions.

Ronnie’s fellow Lisbon Lion Jim Craig recalled: “On occasion, Jock would invite comment after he had gone through his instructions. I would make a suggestion, but it was always batted away with Big Jock waving his left hand and saying: ‘Naw, this is how we’ll do it’. Happened all the time.”

The keeper, the elder statesman of the squad, actually disagreed with the boss before the crucial second leg of the European Cup adventure in season 1966/67 when they were due to play Zurich in Switzerland.

Goals from Tommy Gemmell and Joe McBride had given the team a 2-0 advantage from a hard-fought confrontation in Glasgow and Stein gathered his players around him as he went through his talk before the return game. 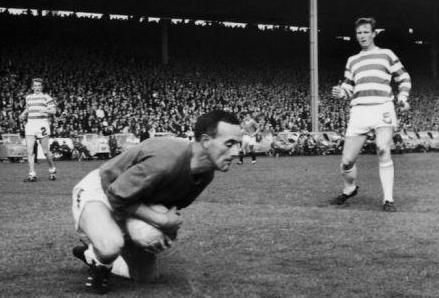 SAFE HANDS…Ronnie Simpson gets down smartly to hold a shot in a game against Rangers at Ibrox.Tommy Gemmell and Billy McNeill look on.

“In the pre-match tactics, The Boss had told us that Zurich would play a 4-4-2 system and would continue to use a sweeper, despite the fact they were two goals down. Not one player agreed with him, including me.

“I chipped in and said: ‘They must come at us. They are bound to play an attacking style of game and try to get goals’.

“But I was wrong and so were the rest of the lads. Jock Stein had read the game perfectly.

“He had told us: ‘They haven’t got the guns to do any damage. They haven’t the power we have. They’ll try to keep the score down’. He got that so right.”

It’s in the history books that a double from Gemmell, one from the penalty spot, and another from Stevie Chalmers gave the visitors a 3-0 triumph for a 5-0 overall score.

Simpson played in every tie in the historic campaign all the way to Lisbon. But that’s another story for another chapter in the life story of a truly amazing individual.