Celtic Quick News on News Now
You are at:Home»Exclusive Series»THE SPIRIT OF 67: JIM CRAIG – AND THAT PENALTY
By CQN Magazine on 2nd May 2020 Exclusive Series

Today, Alex gets the views of right-back Jim Craig about THAT spot-kick.

I DIDN’T go overboard in my protestations when the referee awarded Inter Milan a penalty-kick in Lisbon after my tackle on Renato Cappellini.

What would have been the point? The referee was hardly likely to change his decision once he had pointed to the spot.

Let me say here and now, though, that it was NEVER a penalty-kick. Absolutely no way. It doesn’t matter now, of course, but I still hold the belief that the referee got it totally wrong.

Folk have said I tackled with the wrong foot. Others have said I should have tried to play the Inter Milan centre-forward offside. Everyone is welcome to his or her opinion, but, 40 years down the road, I am as convinced as I was back then that it was no penalty-kick.

Cappellini was a big bloke, but he went down like a sack of tatties when I challenged him. Of course, he was looking for a penalty and the referee didn’t disappoint him. He couldn’t wait to point to the spot. I’ve lost count of the times I have replayed that incident in my mind and I always come to the same conclusion – the referee made a bad call. 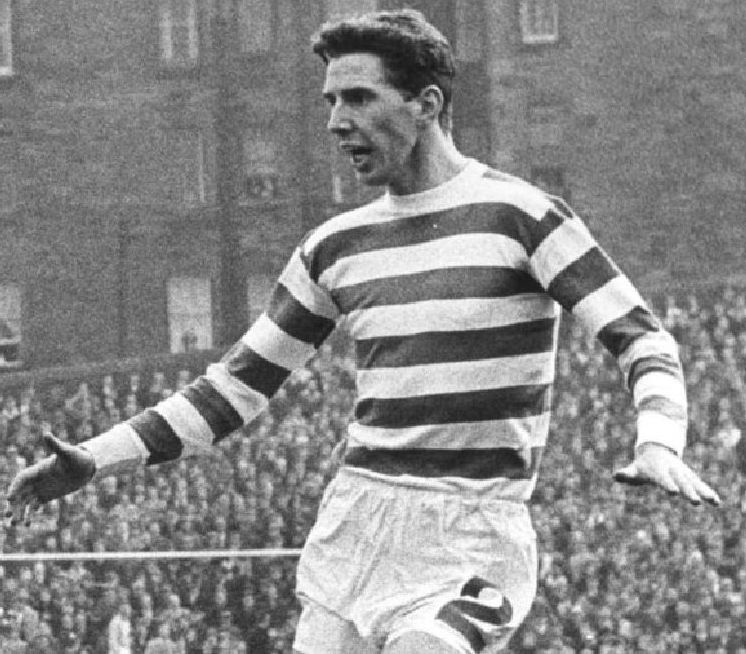 Mr CALM…Jim Craig was a composed defender in the Celtic backline.

You could say that I helped to make a game of it! How would the remaining 83 minutes have panned out if Inter Milan hadn’t got that penalty-kick? Who knows? But it certainly handed the impetus to Celtic and we knew exactly what we had to do in an effort to turn things around. I think we achieved our goal fairly well.

One interested spectator that day as the Estadio Nacional was my Dad. He was a manager in the furniture department of Glasgow South’s Co-op and, as a result of this, he worked on a Saturday and could only get to midweek matches.

However, he really floored me by saying that he did not want to go to Lisbon. I couldn’t believe my ears and asked him why. He was quite honest about it. He said he thought Inter Milan would be too strong for us and he did not want to go over there and see us being beaten. I accepted that, but, just in case he changed his mind, I held a ticket for him and booked a seat on the plane.

As the days passed, I worked hard on Dad, but he only changed his mind at the last minute. However, I had the ticket and the seat all ready, so off he went on the great adventure.

Dad couldn’t have been too happy when I was involved in the penalty incident, that’s for sure. I had been assured that Cappellini was, in fact, all left foot, so when he ran in on goal from the right hand side, I assumed that at some point he would want to put the ball to his stronger foot.

I decided that I would block any attempt to do so, but when the challenge came, he went down rather like an ageing actor and I believe the referee was completely conned by it.

A question I am often asked is: “What does a player think about in a time like that?” Well, in my case, I can assure you that my thoughts were with my Dad up in his seat. I had spent time persuading him to come over against his better judgement and now he had to sit through it all.

Dad told me afterwards: “I didn’t think it was a penalty-kick, to be quite honest, because the Italian player wasn’t going towards goal and I think he had over-run the ball. Probably, the referee was as nervous as the players and over-reacted. What worried me more was that might be the only goal of the game and my son would get the blame for the defeat. In retrospect, it probably helped a lot because the Italians just fell back into defence and Celtic were allowed to take control.”

Actually, I still laugh at the recollection of Big Jock at half-time. Of course, we were all disappointed to be 1-0 down despite bossing the first-half after that goal. I wasn’t too enamoured by the fact that I had been adjudged to have given away the penalty-kick.

Jock came over, threw an arm around me and said: “Don’t worry, Cairney, that was never a penalty. Never in a million years. Don’t worry. Don’t blame yourself. Put it behind you. Show them what you can do in the second-half.”

At the end of the game, though, Big Jock sidled up to me and said: “What on earth were you thinking about at the penalty? What a stupid challenge. You almost cost us the European Cup with that daft tackle.”

Thanks, boss! That was so typical of Big Jock, though. He knew the right buttons to push at the right time. That was part of his make-up and I suppose that’s what made him so special.

TOMORROW: The Spirit of 67: Another legend is in the spotlight