Celtic Quick News on News Now
You are at:Home»Latest News»THE START OF SOMETHING GOOD
By CQN Magazine on 7th March 2022 Latest News

JAMES FORREST was introduced to Celtic fans in a Premier League match against Motherwell at Parkhead on Saturday May 1 2010.

There were only nine minutes remaining when Neil Lennon sent on the 18-year-old fresh-faced unknown to replace Aiden McGeady who had opened the scoring three minutes after the interval with a deft chip over the stranded keeper.

The Republic of Ireland winger also set up the second for his club and country team-mate Darren O’Dea with a clever cross from the right which was put away experly by the central defender with a close-range header in the 78th minute.

The points were in the bag when Lennon, who had taken over as boss in a caretaker capacity after Tony Mowbray’s short reign came to an abrupt end after a dismal 4-0 loss at St Mirren in March, told the young substitute to prepare for his debut. 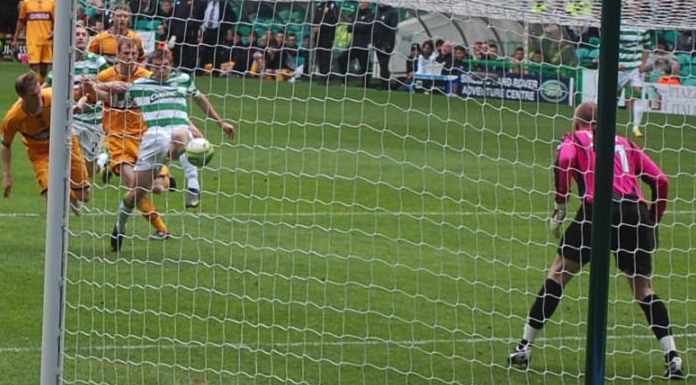 ON THE WAY…James Forrest gets in front of two Motherwell defenders to lift a left-footed attempt towards goal.

IN THE NET…James Forrest turns away as the ball sails past the motionless John Ruddy for his first-ever Celtic goal. 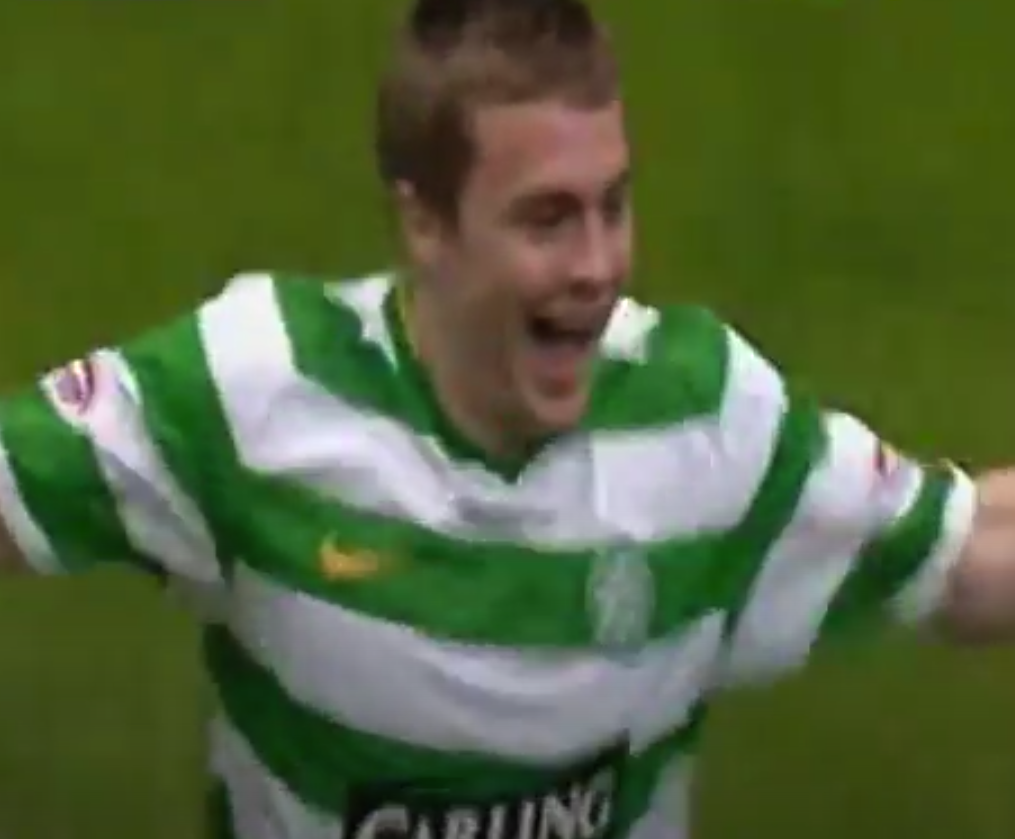 JOY BHOY…18 year old James Forrest displays his obvious delight at notching the first of 96 strikes for the Hoops. 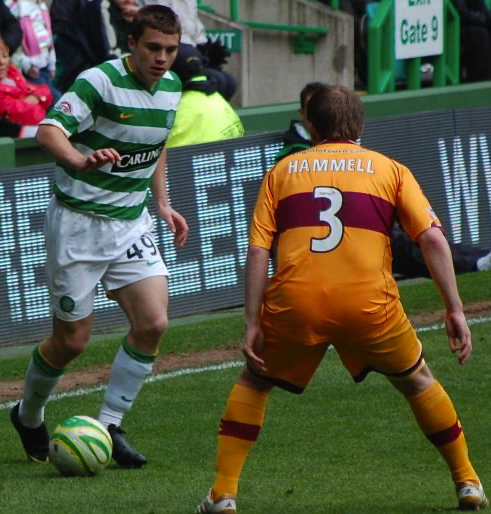 ON THE BALL…debutant James Forrest prepares to take on Well defender Stevie Hammell.

Six minutes later, Forrest had claimed the first of his present-day haul of 96 as he arrows in on the magical 100.

The newcomer didn’t hesitate when he raced clear into the Well penalty area to clip a left-foot effort wide of the helpless John Ruddy. No-one in the 24,000 crowd that day in the east end of Glasgow had a clue at what they had just witnessed. It really was the start of something good for the player and the club.

Robbie Keane, on loan from Spurs, came on as a substitute for Morten Rasmussen on the hour mark and rifled in a stoppage-time fourth.

The team that afternoon almost 12 years ago makes for some interesting reading.

James Forrest, of course, is last Celt standing. And long may he continue!