NEIL LENNON spent a chunk of the last four months attempting to persuade Fraser Forster to return to Celtic.

However, the Hoops boss finally called it quits when he paid £4.5million for AEK Athens keeper Vasilis Barkas on a four-year deal yesterday.

Forster had been a massive success in his season-long loan at Parkhead as he played his part in the club’s ninth successive title success plus their Betfred League Cup victory and Lennon wanted the fans’ favourite as the club prepare to embark upon a history-making bid for a tenth crown in a row.

The six times-capped England shotstopper, 32, with two years of a £90,000-per-week still contract to run, elected to stay and fight for his place at Southampton. 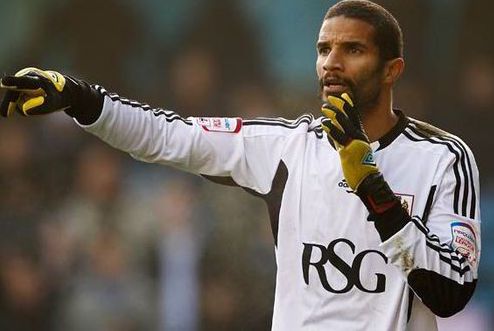 Lennon must have felt he had been over this ground before in his pursuit of an England international netminder.

In fact, it echoed the Irishman’s efforts to land David James when the ex-Liverpool No.1 quit Portsmouth at the end of his contract – TEN years ago.

The Parkhead gaffer revealed he had been keen to have contract talks with the 39-year-old last line of defence as soon as possible.

James, capped 53 times, had been unable to agree a deal to remain at Fratton Park and was up for grabs as the manager looked for a successor to Artur Boruc who had moved to Italy to join Fiorentina.

However, the move for James was destined for failure with the veteran netminder making the astonishing decision to turn his back on playing in front of 60,000 fans in Glasgow and performing in Europe to join Bristol City in England’s second tier.

He signed a one-year deal with the Ashton Gate outfit and Lennon, speaking to Sky Sports News in July 27 2010, said: “I think it is more to do with the family reasons and being sort of closer to home, so that’s why he made that choice.

“He would have been ideal for us in terms of experience, presence and charisma. He ticks all the boxes. It’s one of those unfortunate things in football.”

Lennon, in his first-time around in charge at Celtic, added: “I spoke to his personal representatives today. It’s a genuine personal reason. It’s nothing to do with money. I wished him good luck.”

Lukasz Zaluska was the Hoops’ first-choice keeper at the time, but failed to impress the Parkhead boss.

Coincidentally, Lennon turned his attention to a young Newcastle keeper who had been on loan at Paul Lambert’s Norwich City – Fraser Forster who agreed a temporary switch to Glasgow for the remainder of the campaign a month after the move for James collapsed.

And that’s another story that took a few twists and turns before it finally came to a halt.