Celtic Quick News on News Now
You are at:Home»Latest News»THE UNMENTIONABLE RESOLUTION 12 AND THE GUARDIAN
By CQN Magazine on 8th June 2016 Latest News

ATTEMPTS by Celtic Quick News to place newspaper statements on Resolution 12 in the UK media have been mysteriously  frustrated in what looks like an attempt to close down discussion on the subject.

Resolution 12 of course has been largely ignored by the media over the past three years.

However while a level censorship has been achieved in newspapers  in both Scotland and England, the same has NOT been the case in Switzerland.

The Tribune de Genéve passed the Resolution 12 Newspaper Statement for publication and this proceeded as planned on Wednesday 1st June – the same day as the SFA’s AGM. 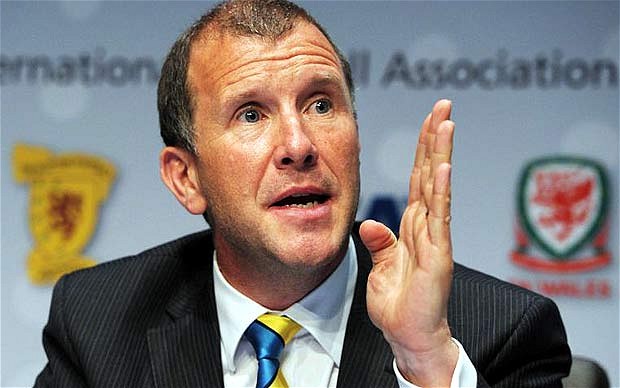 Stewart Regan, the SFA’s Chief Executive looked rather uncomfortable when he was asked questions on Resolution 12. The premise for the questions was that a group of Scottish football supporters (From Celtic, Aberdeen, Hearts, Hibs, Dundee Utd, Albion Rovers and others) had crowd funded an advertisement in the Tribune de Genéve on the state of governance in Scottish football.

Regan was forced to speak publicly about Resolution 12 for the first time in three years.

The cat was well and truly out of the bag.

The next day on the news aggregate sites the top sports stories for The Herald, Daily Record and Scotsman were on Resolution 12.

The Offshoregame.net site reported on an increase in traffic to their site and also noted that European journalists had been in touch having read the Statement in the Tribune de Genéve.

The advertisement in the Swiss newspaper, which cost round £5000, had done it’s job.

Auldheid, who had spend 3 years banging his head against a brick wall trying to get media attention on the substance of Resolution 12, called the Swiss ad placement a ‘masterstroke’ and the three relevant officials at UEFA – all English speakers – got their copies.

So any attempt to close down the initiative, which CQN knew would have an effect after the successes of the New Entity statement in the Sunday Herald in January 2015, simply failed.

Word got out, in English, in a French language newspaper in Switzerland. The lengths you have to go to, to expose wrongdoing.

However what has happened to the newspaper activity in the UK?

Early last week CQN published a story about the Herald Group on newspapers in relation to this Resolution 12 statement.

As mentioned above, their Sunday Herald newspaper carried the New Entity statement on 25th January 2015 after it was approved by their lawyers and industry lawyers in London. Complaints were made to the ASA about this Statement but all were dismissed.

The Herald’s sales team had tried on a regular basis since that date to get CQN to place more advertising in their newspapers and indeed offered to re-visit the New Entity issue before this season’s Scottish Cup semi-final. CQN weren’t interested.

When CQN began crowd funding for the newspaper activity to support the objectives of Resolution 12 the plan was to promote in newspapers in Switzerland and in England. However the Herald pitched in again and after various discussions, CQN were looking at taking some space in Sunday Herald.

The Herald Group never saw the text for the Resolution 12 statement.

Out of the blue, CQN then received a message saying that the ‘powers that be’ had decided that CQN could NOT place this Resolution 12 statement in any of their newspapers. Even if the advertisement simply said RESOLUTION 12 and nothing else, it was not going to be published. Resolution 12 was officially unmentionable.

However it wouldn’t be long before the statement appeared in the Tribune de Genéve, forcing their hand and ensuring that Resolution 12 would be mentioned in their  Glasgow based newspapers.

But what of the Guardian?

Two half page advertisements were booked into the Guardian and were scheduled to appear on Wednesday 1st June and Saturday 4th June. The Guardian had been advised of the subject matter and were well aware of the previous activity in the Sunday Herald. They were keen to be involved.

The space was paid for and all was proceeding according to plan. Until senior management once again got involved.

CQN received an email on Friday 27th May, from a senior manager who had not been involved in the booking, which said:

“I regret to inform you that adverts such as this get reviewed by our editorial board and as such they’ve decided not to carry the advertisement on this occasion. We therefore will be cancelling the booking this end with no monies due.

“We will of course reimburse you in full and this has been actioned by myself already; it will be with our accounts team who will be making the necessary transaction as soon as possible.”

The Statement had once again been spiked and would not appear in The Guardian. 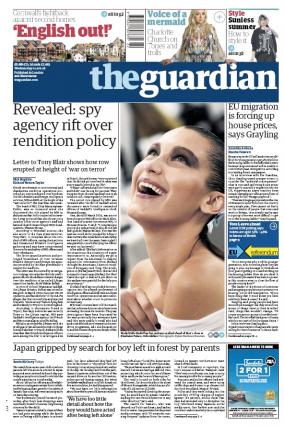 This happened on the same day that the Resolution 12 submission was formally sent to UEFA and a copy was posted to Celtic FC.

Monday 30th May was a Bank Holiday, so on Tuesday morning CQN fully expected The Guardian to have returned the crowd funded money – again around £5000, so that other media outlets could be used. The strategy was to ensure that the Statement appeared on that Wednesday, the same day as the SFA AGM.

The Guardian did not reimburse CQN as promised. The refund had not been ‘actioned already’ and indeed it took until this morning, Wednesday 8th June, before the funds were recovered.

CQN spoke repeatedly to the senior manager in question and also to his colleague who organised the booking and explained that there were alternative plans for the funds, that the money was crowd funded with many hundreds of football supporters having contributed and that they had a right to know why the Guardian had taken the money, cancelled that booking and were frustrating alternative plan by not returning the funds.

The Guardian’s sales manager, who took the booking, told CQN that the decision wasn’t taken by his boss or indeed his boss but even higher up the chain of command. He told us that it was a ‘unique situation’ that their team had never experienced before and could no understand why the Guardian were reluctant to return the funds as promised.

CQN has an obligation to update everyone who contributed to this initiative on the difficulties faced. However we had to wait until the money was safely recovered.

There may be questions for the Guardian from any of their readers interested in their handling of this.

And for those who set out to frustrate our plans and suppress the message of the Resolution 12 statement – and we know you are reading this – the message from CQN is that you failed. And you have saved us £5000 into the bargain. This will be used in places you least expect, very soon indeed.