The 22-year-old Scotland international left-back, who joined the Hoops from Kilmarnock in a £2.25million move on deadline day on September 2 last year, admits he is still learning as he settles into life at the nine-in-a-row champions.

Taylor battled with Johnny Hayes, who has returned to Aberdeen after his three-year contract expired, and £3million Belgian Boli Bolingoli for the No.3 spot last season and made 15 appearances.

After a slow start following his switch from Rugby Park, the pacy defender took over the position after the turn of the year when boss Neil Lennon changed the team’s system.

Speaking of his development and adapting to rigours of the constant challenges of being a Celti, Taylor, speaking to The Scotsman, admitted: “Especially when we moved to a 3-5-2. 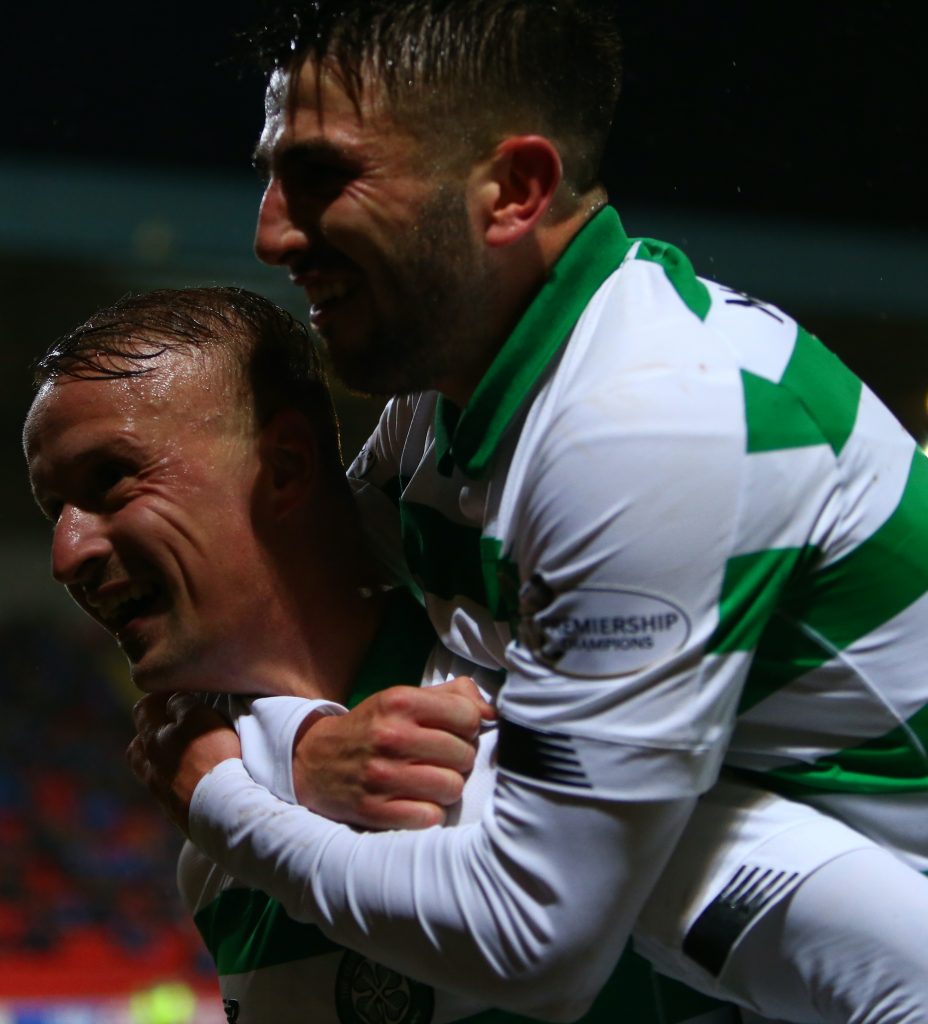 GRIN WHILE YOU’RE WINNING…Greg Taylor celebrates with Leigh Griffiths during the 3-0 win over St Johnstone.

“As wing-back, there was even more onus on me to get forward and probably hold the whole left side myself. It was tougher, something I really had to work on and something I’m still trying to work on.

“I think I provided five assists, which was good. I hope I can get a few more in the new season.

“I have improved on that attacking aspect and just being at Celtic every day you are constantly learning. You are training and playing with better players and it rubs off.

“The main thing I’ve learned is judging when to push forward and attack. That’s a process I have worked on with Kendo (Kennedy) a lot. He has definitely coached me into a better player, both on the ball and in terms of playing inside more.

“I was used to having a winger in front of me at Kilmarnock so it was more about feeding the ball and keeping that rigid four at the back. I would support going forward, but now the onus is on me to attack and hold wide and play into the two strikers we were using in the latter part of the season.

“I was enjoying that. It’s all about timing. I was used to backing up the play at Killie, now I need to be the one bombing and hitting the byeline at times. It’s something I have enjoyed.”