Celtic Quick News on News Now
You are at:Home»Latest News»‘THERE’LL BE NO STOPPING US,’ BROONY
By CQN Magazine on 19th June 2018 Latest News

SCOTT BROWN has warned Steven Gerrard double treble-winners Celtic will return to the new season more determined, fitter and stronger than ever.

The new Ibrox boss admitted he believed the Govan side were not as physically equipped as they should have been to take on Brendan Rodgers’ champions and vowed to rectify the situation.

Gerrard watched the Hoops win 3-2 at the home of his new team in March – despite playing with only 10 men for over half-an-hour following the dismissal of Jozo Simunovic.

Celtic reported back to Lennoxtown yesterday ahead of their pre-season trip to Austria next week and Brown declared they’re ready to go again as they bid for eight-in-a-row. 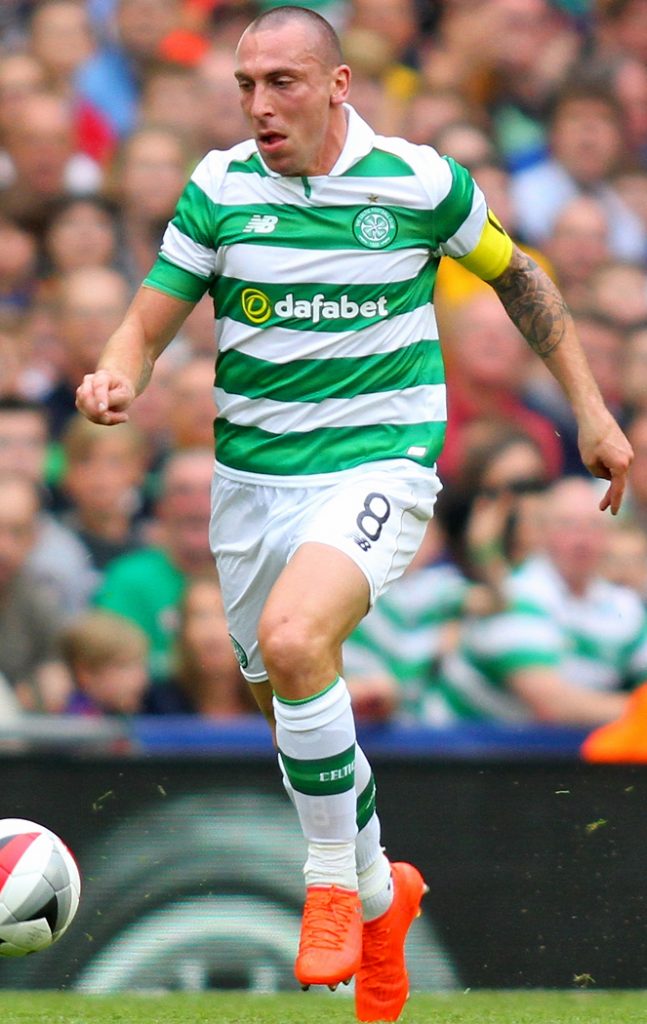 The skipper said: “We want more trophies. We want to be better, stronger, break more records and go down in the history books and that comes down to hard work in the gym and on the training park.

“We felt in most games last season we were fitter than other teams. We score a lot more goals in the last 15 minutes of games because we have a lot more of the ball and we create more chances.

“We work harder than every other team we face and that is down to what we do out there on the training pitch with the fitness coaches and the manager. The lads want to get fitter than last season.

“They (Sevco Rangers) have brought someone new in, but they’ve done that before and we’ve just kicked on and we’ll need to do that again now. That intensity has been there already in what we’ve done so far.

“The manager’s talk to us proved he knows what’s happening and he’s brought in a few new faces, as well.

“We’ve got to believe in our own ability and the people in our dressing room, believe that we’re fitter and stronger and better than everyone else.

“We’ll push on and the main thing is to remain focused on ourselves. It’s not about Rangers, Hibs or Aberdeen – it’s about how we play and whether or not we turn up.”

Brown added: “There’s always motivation because he (Gerrard) was a player himself and he’ll want his team to play good football, just like our manager does.

“He worked with our manager and has seen how well it works and he will have his own philosophy and put his own style on it.

“Rangers will be stronger, as will Aberdeen, Hearts and Hibs. It is going to be a harder league, but we work harder than most teams. We create more chances and nine times out of 10 that usually wins you games.”