NEIL LENNON admits he will not discuss the names of potential signings as he steps up his recruitment drive before the September 2 transfer deadline.

Fraser Forster has already been put forward as a possibility to return after falling down the pecking order at Southampton, who, of course, paid £10million to lure the keeper from Parkhead in August 2014.

The England international is well known to Lennon who brought him to the club on a two-season loan deal from Newcastle before paying £2million for him in 2012.

With Scott Bain sidelined following a dislocated thumb injury and Craig Gordon, 36, in the last year of his contract, there have been claims the Hoops gaffer needs to have a look at his last line of defence.

With shotstoppers being bandied about, Lennon, speaking to the Daily Record, said: “There’s talk of David de Gea.

“I’m not going to talk about names. But we’re looking at areas to strengthen.

“We have to because we want that strength and depth for the rigours of the season.

“We might have to change targets now, but, in the main, I think we’re on the same path – resale value in some and, hopefully, the right quality, as well.” 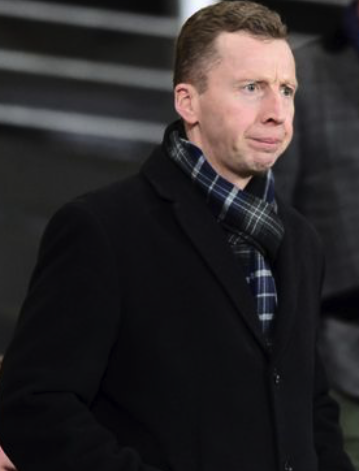 Lennon also revealed he wants temporary recruitment chief Nick Hammond to take a full-time role at the club to complete an overhaul of the champions’ scouting system which has come in for fierce criticism with 11 players leaving who participated in the treble campaign with only four – Christopher Jullien, Boli Bolingoli, Hatem Abd Elhamed and Luca Connell – coming in.

The Irishman acknowledged the club are playing catch up after Lee Congerton eventually rejoined Brendan Rodgers at Leicester City in May.

Former West Brom and Reading technical director Hammond came on board to assist in the summer window.

Lennon added: “We do have a rebuilding job on the recruitment side, there is no question of that.

“We are trying to do that and Nick is working to rebuilt the recruitment department. Lee Congerton left in the summer and that created a void.

“Nick will hopefully be in permanently and hopefully he can build his own ideas there.

“That’s what we are looking for him to do. It’s been difficult with so much change and that’s the part the public don’t see.

“We are working really hard in the background.

“If people want to be critical about the recruitment, then that’s fine, I understand that. We have brought in some very good players over the years and are hoping to do that again as we go along.”

* DON’T miss the unbeatable match report from Celtic v Dunfermline this afternoon – only in your champion CQN.