Celtic Quick News on News Now
You are at:Home»Latest News»‘THEY SAID I WAS FINISHED – NOW I’M AIMING FOR 10 IN A ROW,’ BROONY
By CQN Magazine on 29th April 2018 Latest News

SCOTT BROWN is enjoying a laugh at the the expense of the critics who were only too willing to write him off two seasons ago.

Now the 32-year-old Celtic skipper wants to be around when the Hoops clinch their TENTH successive title!

Brown’s contract is due to expire at the end of the next campaign when they’ll be attempting to clinch eight Premiership crowns on the spin.

The midfielder has called time on his Scotland international career and believes he can carry on playing for another FOUR seasons – which could mean making even more history with the Parkhead side.

And, while he has no plans quit, he also expects Brendan Rodgers to be in no rush to leave, either. 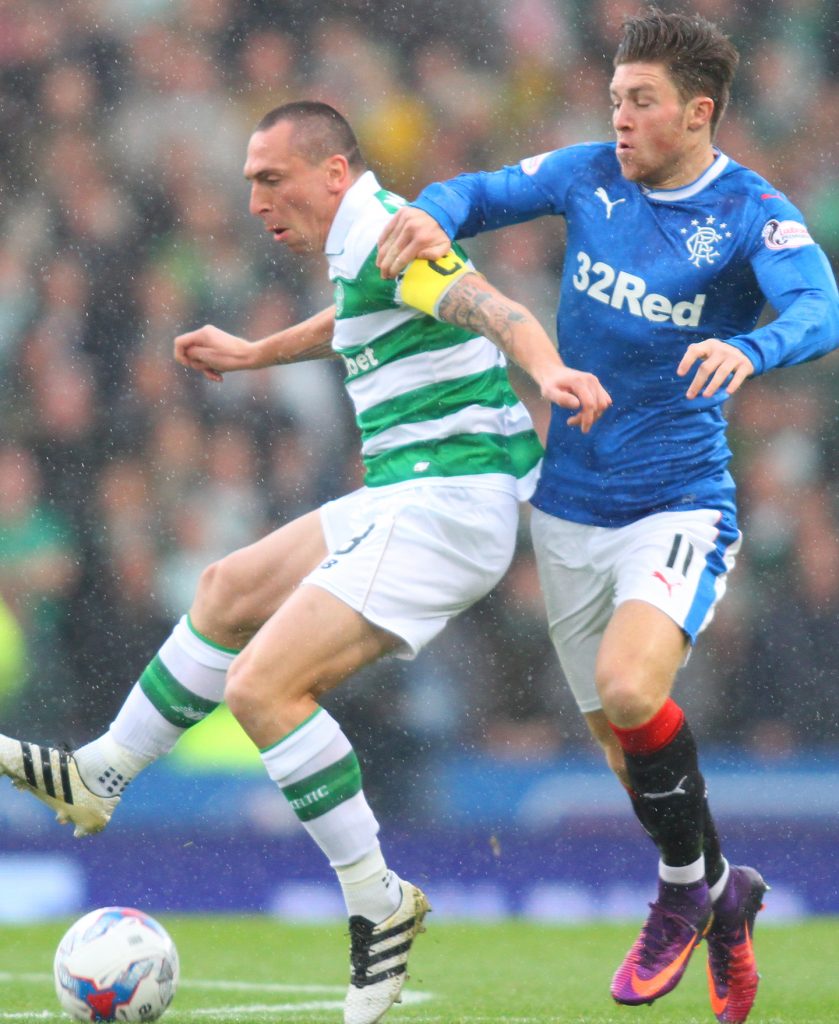 MY BALL…Scott Brown fends off the challenge of Josh Windass.

As he prepared for today’s Glasgow derby and title No.7, Brown said: “Ten in a row is a few years away yet, but I certainly feel I can play for another three or four seasons

“I’d love to stay here for the rest of my career because the club has been great for me since I signed.

“I still have another year on my contract which will take me to 34.

“And the club knows I’m going nowhere. There is no rush to talk with the manager and Peter Lawwell just yet.

“We’ll sit down when we need to, it might be halfway through next season.

“But they both know I’ll always want to be at the club There has been growing speculation about the manager but that happens with top-quality players and managers.

“They are always going to be linked with other jobs. But the manager is loving Celtic right now and that shows when he speaks.

“He’s supported the club since he was a kid and is enjoying his time in Glasgow.”

TRUE GRIT…Scott Brown displays typical determination as he attempts to block a shot from James Tavernier.

Brown can complete 16 trophy victories if the Hoops complete the historic double treble in this campaign with a Scottish Cup Final win over Motherwell at Hampden on May 19.

All of which is a perfect reply to the critics who had written him off a couple of years ago.

The inspirational onfield leader had been toiling with injury during Ronny Deila’s reign and many believed he would call it a day at the age of 30.

But Brown was determined to prove them wrong and since the arrival of Rodgers in May 2016, he has been re-energised and been in the form of his life.

After being named as a PFA Scotland nominee for their top award, he said: “Everyone was telling me I was finished a few years ago.

“But I just keep bouncing back and proving certain people wrong. That has definitely put a smile on my face and it’s probably made a few of them miserable, too.

“Not a lot of things bother me in life. But I like putting a smile back on my face. I know I can still play 60 games a season at a top-quality standard.

“I’ve been playing in the SPFL and Champions League for two seasons now, dominating games from start to finish. But people were saying my legs had gone and that I was finished at 30 years old. 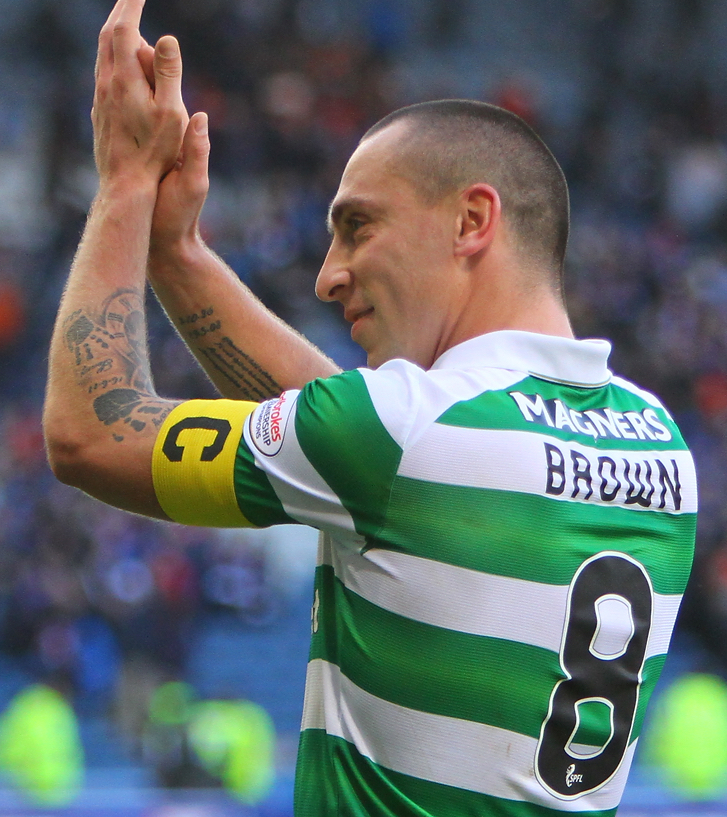 “I’m fully fit again and I train every day. I’m still one of the fittest in the Celtic team. That’s what keeps me going and keeps me feeling as young as I do.

“A couple of years ago, we had a lot of games and I was playing with injuries. I played through it, but that’s hard because you want to do the best you possible can.

“I was trying to help out my manager and team-mates at that time – but it didn’t look great on me.

“I continued to turn up because I’ll play through thick and thin for anybody. But in hindsight, I should probably have just taken six or seven weeks out to recover. Thankfully, we still managed to win the league.

“Now, I’m in the most consistent form of my career. That has been the key for me this season.

“I came to Celtic to be a winner. I got a wee taste of it at Hibs when we won the League Cup but I wanted more.

“I’ve won leagues, Cups, trebles but you just get greedy. I’m hungry to keep doing it and I’ve got the drive to win as many as possible before I call it a day.” 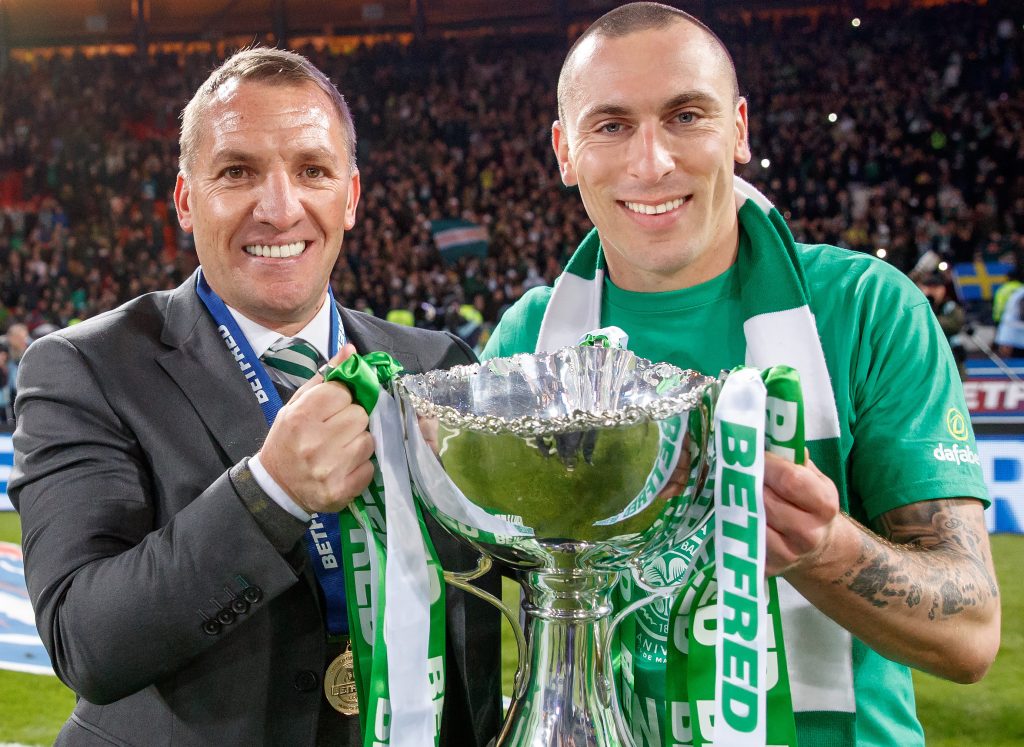 Brown added: “It would be fantastic to get my 15th trophy today, but we have to make sure we turn up for the derby.

“Rangers are a good team so I expect a reaction from them after their semi-final defeat. Every team in the league can have good and bad days.

“But we need to make sure we go and keep the title at Celtic for seven seasons in a row.

“Our place is a difficult ground for any team to go and play. So we’ll be on it from the start.

“Was I surprised I got so much space to play at Hampden? I think it’s more about our movement and how we create that space.

“The pitches are also getting better now so that helps us. If Rangers want to put someone on me, fine. If a team man-marks you that just pulls people out of position.

“I can go in and sit at centre-half which suits me. If my man-marker wants to play centre-forward, it’s fine.

“It’s a compliment to me, but people forget we have James Forrest, Scott Sinclair, Moussa Dembele and Leigh Griffiths elsewhere on the pitch. It’s great people saying that about me, but we’ve got fantastic players.

“You can’t always play well individually and that’s when you need other lads to dig you out.

“Maybe somebody will have to do that for me. But I always turn up at 100 per cent and ready to fight to the death.”