Celtic Quick News on News Now
You are at:Home»Latest News»THIRTY-FIVE MILLION REASONS CELTIC MUST GET IT RIGHT
By CQN Magazine on 3rd October 2020 Latest News

CELTIC have to make sure they keep their key players with Monday’s transfer deadline day looming.

Plus the champions MUST go out and bring in reinforcements is a campaign that means so much on the domestic and European fronts.

That’s the view of former Hoops goal hero Chris Sutton who insists his old club have to get it right in the next three crucial days of signings.

The one-time England international striker, speaking to the Daily Record, said: “It will be absolutely crucial Celtic do the business before deadline day in terms of arrivals and potential departures.

“Neil Lennon has to be sitting on Tuesday morning with his key men still in the building. That means Odsonne Edouard staying at the club.

“Celtic need to strengthen their squad, not diminish it, and the coming days will be revealing of how the club are going to approach this season.

“This year was absolutely massive before – but now it could be even more important.

“The Rangers result the other night means Scotland has two sides are in action until Christmas, at least, and there’s a possibility of the country climbing up the rankings and securing an automatic place in the Champions League group stage. 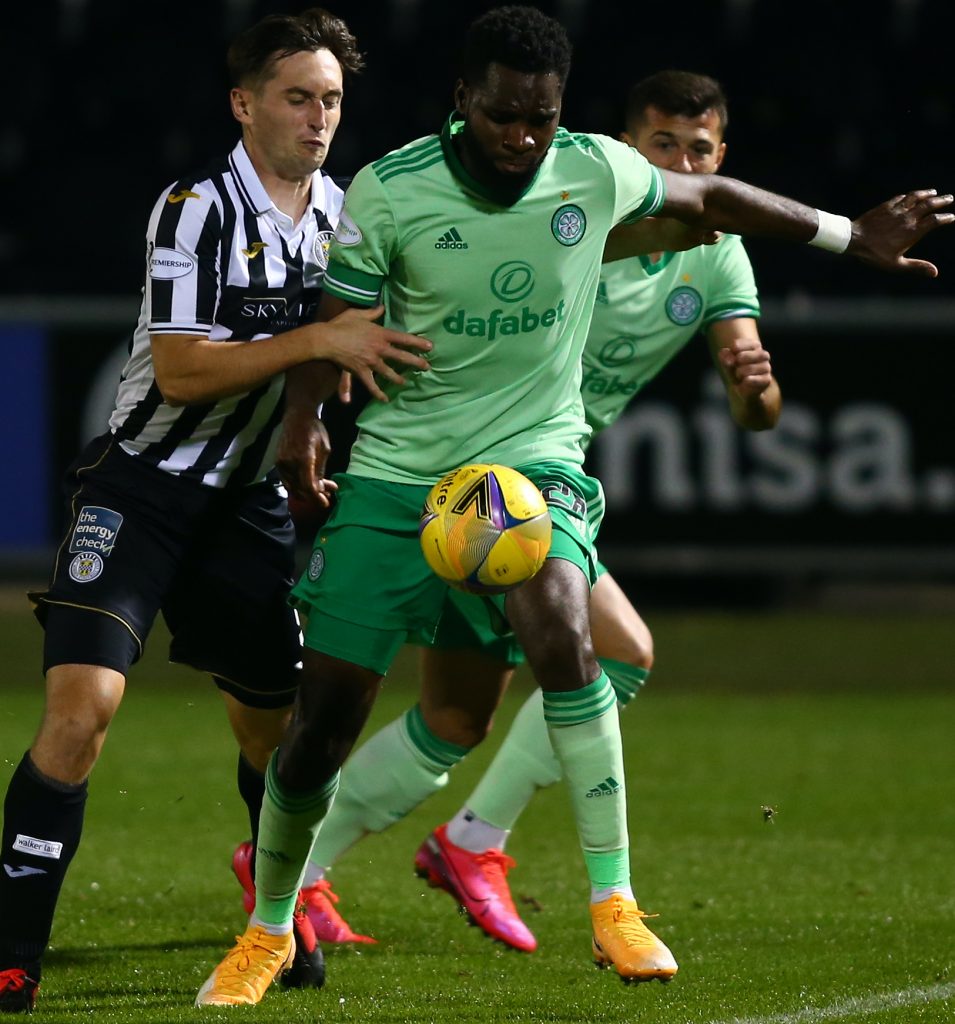 STAYING POWER…Odsonne Edouard powers beyond a St Mirren defender in the recent 2-1 win in Paisley.

“That is absolutely huge and the prize for winning the league has just gone up a notch.

“The qualifying process has been fraught with danger for Celtic and they chance to bypass these banana skins to go straight in every bit as important as clinching the 10.

“The cost of failure would be unthinkable if Rangers stop the run and then get a golden ticket worth £35million.

“That’s why the coming days are so crucial. There is just so much at stake.

“Everyone wants to be involved in European football, but it does come at a physical cost. Both Celtic and Rangers are now pretty much guaranteed to be playing twice a week for the rest of 2020 and they puts a lot of demands on the squad.

“Which is all the more reason for Celtic to make sure they tool up before the window closes.”

Sutton, Martin O’Neill’s first signing for the club when he took over as manager in the summer of 2000, added: “The victory in Sarajevo was similar in a lot of way to Riga the week before, but yet again it highlighted the need to keep Edouard.

“His performance might not have hit the heights, but he was in the right place at the right time to score the vital goal and that was enough.

“Him not being there would have been unthinkable given Albian Ajeti’s absence. I’ve liked what I’ve seen from the former West Ham striker, but he’s not played much in the last year and perhaps the odd injury is to be expected.

“It means you simply can’t risk going in to the next six months with him as the main striker as Patryk Kilmala is still too raw and question marks remain over Leigh Griffiths. 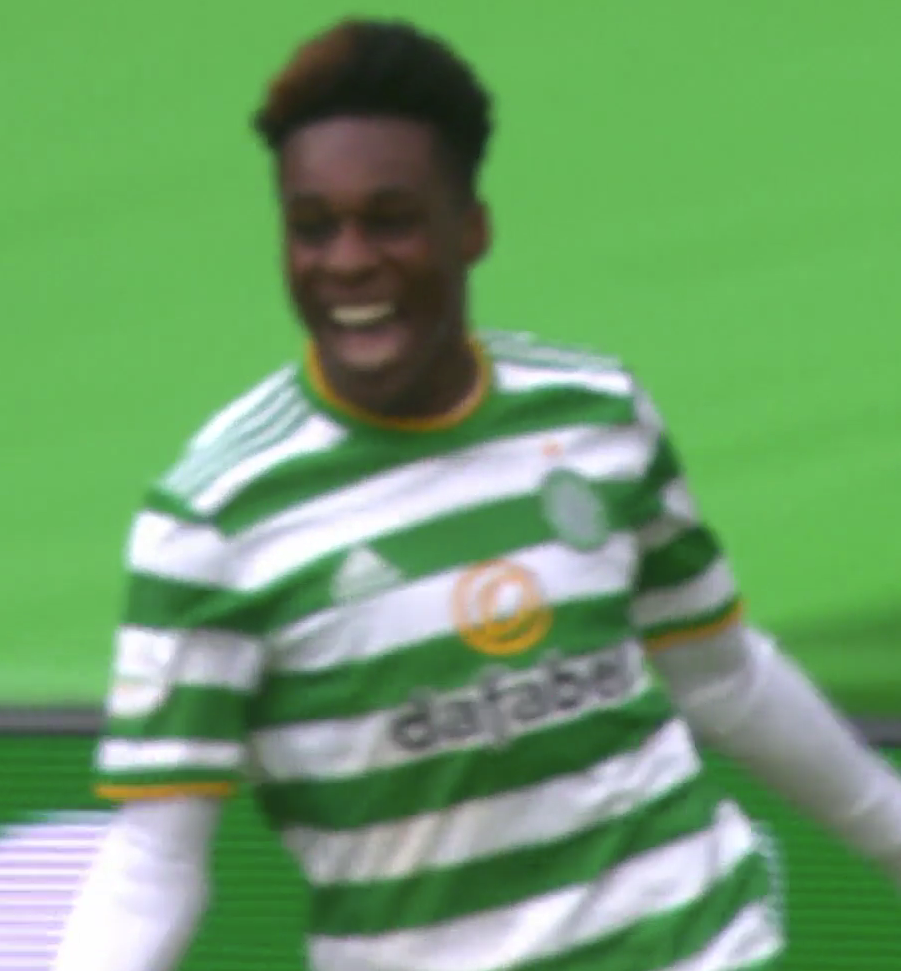 HOOPY DAZE…Jeremie Frimpong is delighted after scoring in the 5-1 victory over Hamilton Accies in August.

“The door should be bolted shut in terms of departures and there has to be signings made, as well.

“We all know what Celtic need. They are screaming out for a left full-back or wing back to help out Greg Taylor.

“They’ve lost Jonny Hayes and Boli Bolingoli, so you could argue they need two more. “The side is far too lopsided at the moment and Jeremie Frimpong is constantly tasked with providing the attacking intent from the wide areas.”

The Dutch teenager is likely to be in action again tomorrow in the High Noon showdown with Ross County in Dingwall with Scotland international James Forrest still sidelined with the ankle injury sustained in the 1-0 win over FC Riga in Latvia two weeks ago.

Boss Lennon could, of course, utilise versatile Israeli Hatem Abd Elhamed in the No.2 slot, but he deputised for Nir Bitton in the heart of the defence when his fellow-countryman limped off after only 10 minutes in Bosnia.

The Hoops gaffer now has a decision to make before the meeting with the Highlanders – Christopher Jullien or Elhamed partnering Shane Duffy in central defence.

The £7million Frenchman missed the games against FC Riga and Hibs with a back problem and was on the substitutes’ bench on Thursday night, but Elhamed got the nod to replace Bitton.