Celtic Quick News on News Now
You are at:Home»Latest News»‘THIS IS JUST THE START’: SUTTON’S MESSAGE TO CELTIC FANS
By CQN Magazine on 2nd May 2022 Latest News

CHRIS SUTTON insists Celtic’s extraordinary achievements this season are just the start of some exciting times ahead for the fans.

The former Hoops goal hero stresses Ange Postecoglou’s side STILL have work to do before they can claim to be title winners.

However, the 1-1 draw with Giovanni van Bronckhorst’s Ibrox visitors yesterday leaves the Parkhead club six points ahead with just three games to play, two at home to Hearts on Saturday and Motherwell a week later with a match against Dundee United at Tannadice sandwiched in between.

Sutton applauds the remarkable about-turn in his old club’s fortunes after last season’s inexplicable nosedive into obscurity during a campaign that could have delivered a historic tenth consecutive championship. 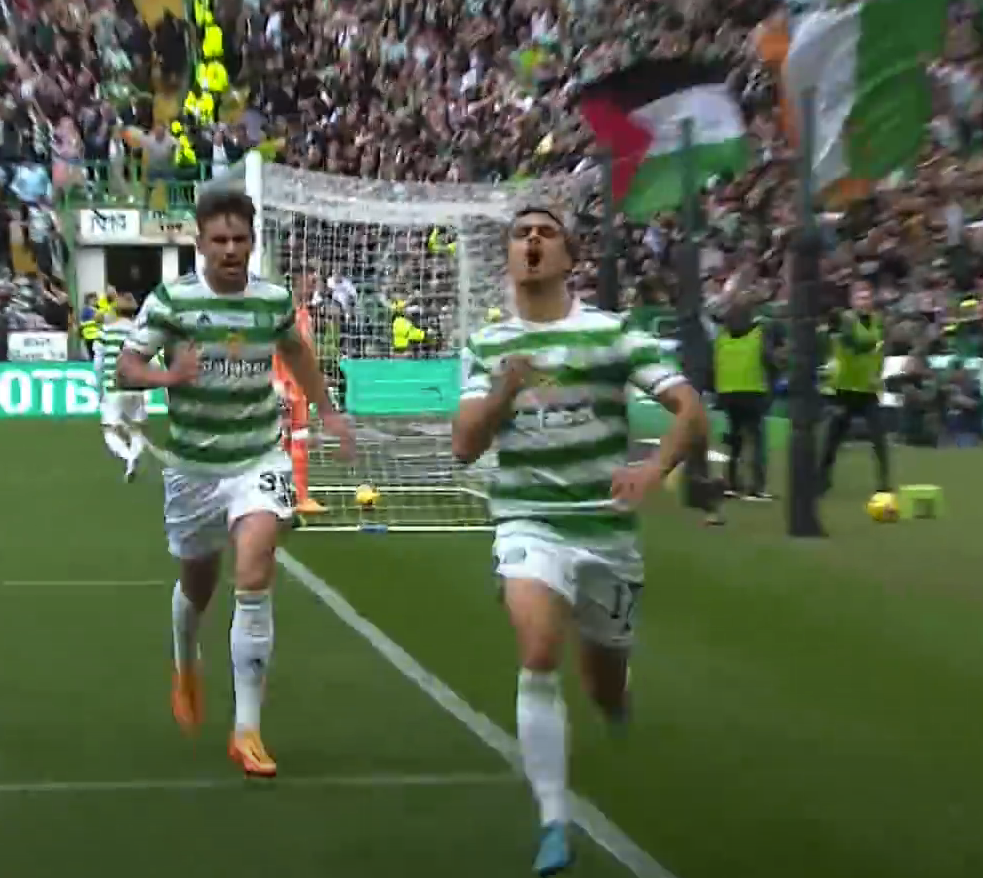 JUST PARADISE….Filipe Jota races away after putting Celtic ahead while Matt O’Riley prepares to add his congratulations.

The one-time England international hitman said: “This time of the season isn’t about the fancy football or the spectacular goals, it’s about getting the results you need to finish the job.

“Celtic have been exceptional for long spells over this campaign and they deserve to be top of the league with one hand on the trophy.

“The exciting thing for Celtic fans is this is just the start of Ange Postecoglou’s journey and I think there are still improvements to come in the summer.

“But the important thing for now is reaching their first big goal, which is now tantalisingly in sight.

“And while it might have ended up a draw yesterday, we all know the real winner.

“This was a result Celtic would have gladly taken before a ball was kicked and they now have the title within their grasp.

“Listen, it’s still not done. We’ve seen some incredible swings in leagues in the past and you never bank on anything until you are officially done and dusted. 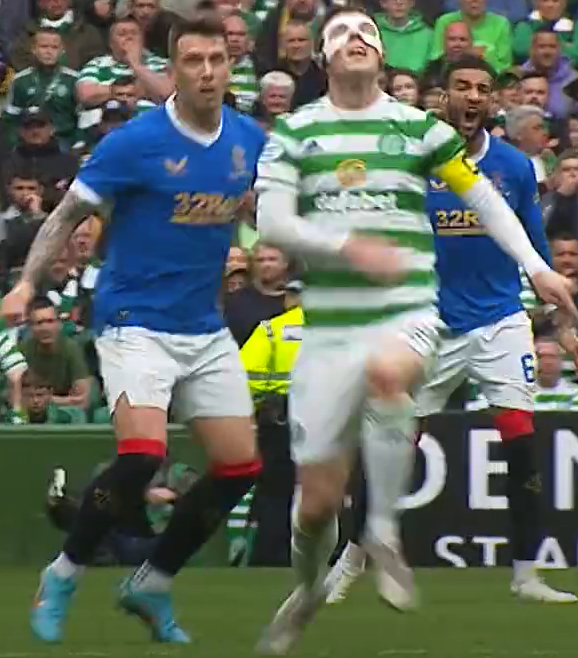 THINGS ARE LOOKING UP…Callum McGregor keeps his eye on the ball with Ibrox duo Ryan Jack and Connor Goldson looking on.

“But let’s be realistic. Celtic have gone 29 successive games without defeat in the league under Postecoglou.

“Let’s just say, it’s highly unlikely they are going to lose two of the next three. With the goal difference, one will do it.”

Sutton, speaking to the Daily Record, continued: “They are just about there and at this stage of the season it doesn’t really matter how it’s achieved.

“It’s only about getting over the line.

“The point yesterday wasn’t particularly pretty, but Celtic did what they needed to do. This is not the time for pretty.

“It was always going to be an awkward one for Postecoglou and his team. Their natural instinct has been to go on the front foot. That’s the style that’s got them to this point of the season.

“But you can’t help but feel a bit of caution come in to your game when there’s so much at stake.

“There was bound to be some nerves kicking in.” 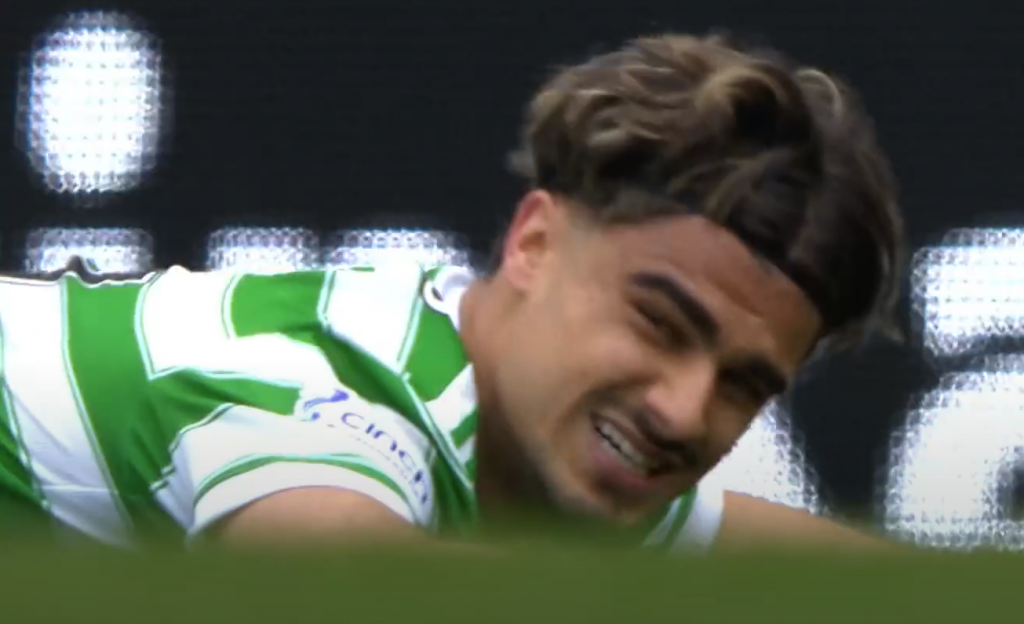 GROUNDED…Filipe Jota is on the floor after missing with a header.

Sutton added: “This is not the Brendan Rodgers era when Celtic sealed the title against Rangers by sticking five past them and supporters were simply turning up for a party and the only question was how many.

“No, we’ve seen in the games this year there is not much between these teams.

“Celtic’s 3-0 win in February was the only really one-sided derby as all of the others ebbed and flowed either way.

“Rangers were not going to go down without a fight.

“It’s just a testament to Celtic they managed to withstand it and are now on the verge of history.

“This has been an incredible journey under Postecoglou. Twelve months ago, Rangers strolled past their ragged rivals.

“It was 4-1 at Ibrox and a complete spanking. Celtic looked years behind.

“A 25-point winning margin was just proof there was a gulf between the teams.

“It would have been hard for any manager to get from that stage to this, but when you consider what Postecoglou had to come through it makes it all the more remarkable.”

And, as Sutton says, this is just the start.