PETER LAWWELL has warned Celtic will do everything possible to identify the individuals behind the pyrotechnics incident which marred the champions’ 2-0 victory over St Mirren in Paisley on Wednesday evening.

The club have released a strongly-worded statement condemning those responsible and action will now follow.

The Hoops have been extremely upset following a firecracker being thrown onto the pitch moments after Ryan Christie’s strike near the end which sealed the win and eased the title kings 13 points clear at the top of the Premiership with only six games to play.

Saints keeper Vaclav Hladky was visibly shaken at the noise of the explosion in his penalty area and required medical treatment before being able to resume.

The club’s condemnation follows interim manager Neil Lennon’s words which emphasised his and the club’s disappointment over the unacceptable actions of some followers.

Lawwell insisted Celtic will do all they can do root out the culprits and put an end to these unwanted flashpoints which are ruining things for other supporters. 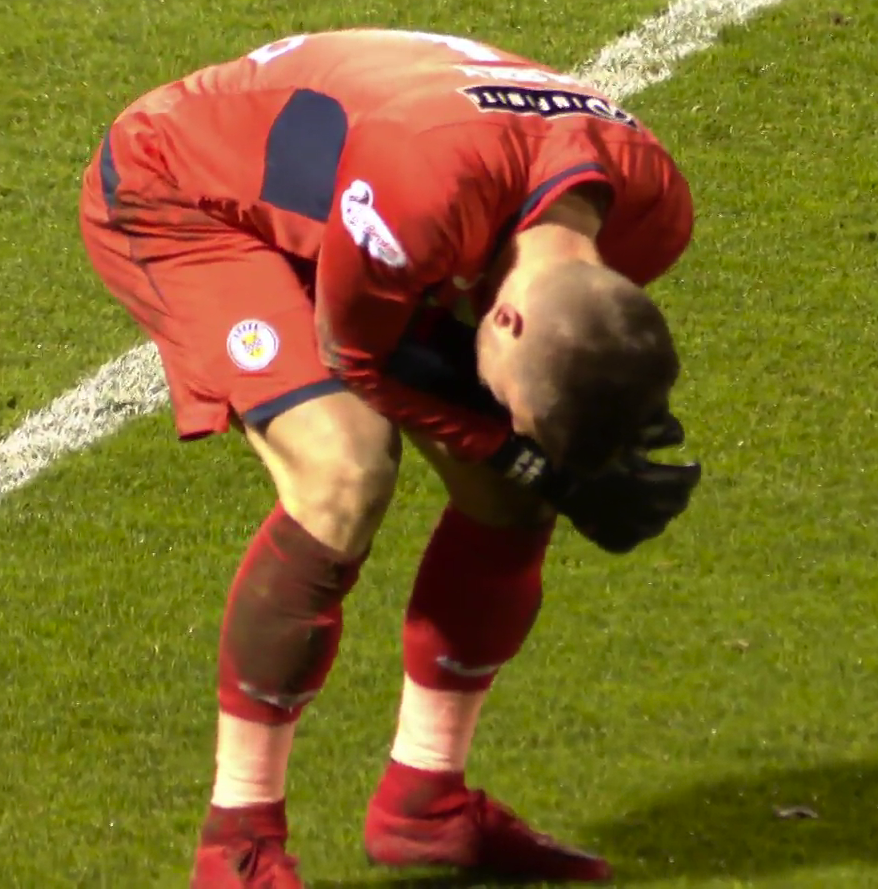 FLASHPOINT…Saints keeper Vaclav Hladky holds his head after the explosion.

The statement read: “Last night’s incident was completely unacceptable and not something we ever want to see repeated. The safety of everyone in football – players, fans, staff, and officials – should always be our priority and, collectively, we need to do all we can to ensure this remains the case.

“There have a been a number of incidents across many clubs this season, with a range of items, including pyrotechnics, being thrown on to pitches. We need to do all we can to remove this from our game.

“There are serious safety concerns associated with such behaviour, and regardless of the obvious reputational damage which this kind of behaviour has on the club, there are numerous potential repercussions which could have hugely detrimental consequences for the club and our supporters.

“Our supporters are fantastic and we greatly value their contribution. It is the positive support of our fans this season which has helped us deliver one trophy this season and a 13-point lead in the Scottish Premiership. We achieved another excellent away win last night and our onfield success should be the real talking point.

“This kind of behaviour, indeed any form of unacceptable conduct, only serves to tarnish the reputation of the club and our own fans. We need to all work together to make sure this stops now.”