Celtic Quick News on News Now
You are at:Home»Football Matters»THOMPSON SUPPORTS GRIFFITHS
By CQN Magazine on 16th March 2016 Football Matters
FORMER Scotland striker Steven Thompson believes Leigh Griffiths deserves to lead the line against Denmark.
There is mounting pressure on Gordon Strachan to give a starting place to the in-form Celtic hitman ahead of the friendly against the Danes at Hampden a week on Tuesday.
Griffiths scored his 35th goal of the season against Partick Thistle at the weekend and Thompson, the 37-year-old St Mirren frontman, is convinced he has done enough to walk into the team. 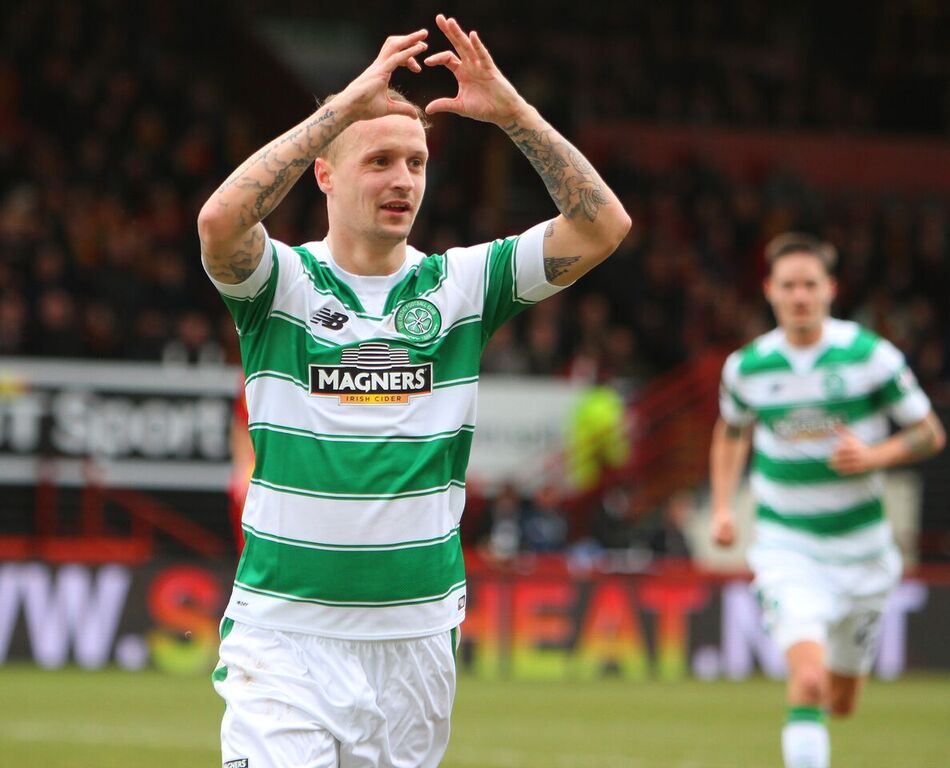 The veteran attacker, who scored three goals in 16 appearances for his country, said: “Leigh Griffiths has been sensational this season and has been pivotal to everything Celtic have done.
“He has actually transformed himself in the last 12 months as a player and looks far more focused on his performance levels.
“To say he is an important player for Celtic just now is a massive understatement.
“Just take a look at his goal against Partick Thistle at the weekend. Gary Mackay-Steven did well to get in a cross from the left and, at first, I thought he was going to try for a bicycle kick.
“Danny Seaborne badly misjudged the flight of the ball and, after that, it was all about Griffiths.
“He never took his eye off the ball even once and when it’s on his left foot, you would fancy him to score all day long.
“His all-round play has really, really improved. I’m talking about everything in his game – his link-up play, shots with both feet and his heading.
“Leigh is now playing as a lone striker very well and you would think he is going to start for Scotland against Denmark later this month.”
The on-fire Hoops marksman has made six appearances for his nation, but has yet to open his international account.
As CQN has already reported, Scotland coach Stuart McCall, capped 40 times, is also backing Griffiths to feature against the Danes.
He said: “There is only one man who can guarantee Leigh will play and that, of course, is Gordon Strachan.
“However, it would be a surprise if he didn’t start, especially when you consider the way he is playing this season.”