LEIGH GRIFFITHS is the best finisher Callum McGregor has ever played alongside.

And the Celtic midfielder reckons his team-mate could still do a job for Scotland in this summer’s Euro Championships – IF he can provide the goods in the last three games of the season.

The Hoops’ dismal campaign is nearing the sad conclusion with a trip to Ibrox a week on Sunday, a home match against St Johnstone 10 days later and the curtain comes down at Easter Road against Hibs on May 15.

There will be no end-of-term Hampden party following a Scottish Cup triumph for the first time in five years. 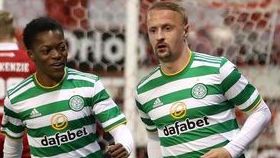 ONE FOR THE ROAD…Leigh Griffiths races away after his late leveller against Aberdeen with Karamoko Dembele about to join in.

However, McGregor insists there is still pride to play for and Griffiths could also do his chances of a Scotland international recall the world of good during the countdown to the final whistle.

The 30-year-old striker came off the substitutes’ bench for the out-of-sorts Odsonne Edouard to score the stoppage-time equaliser in the 1-1 stalemate against Aberdeen at Pittodrie in midweek.

Astoundingly, it was only the once-prolific hitman’s eighth goal of a frustraing campaign.

Griffiths displayed his menace at international level with two brilliant free-kicks against Joe Hart in the 2-2 World Cup qualifer at Hampden in 2017.

And his Hoops team-mate inisists he can finish the last three games with a flourish he could have the chance of getting another shot at England, the Czech Republic and Croatia.

McGregor, speaking to the Daily Record, said: “He absolutely has the quality, it is undoubted. He is the best finisher I have seen.

“He gets one chance and it is a goal. For him, it is to keep working hard, doing the right things every day and trying to get as much game time as possible. 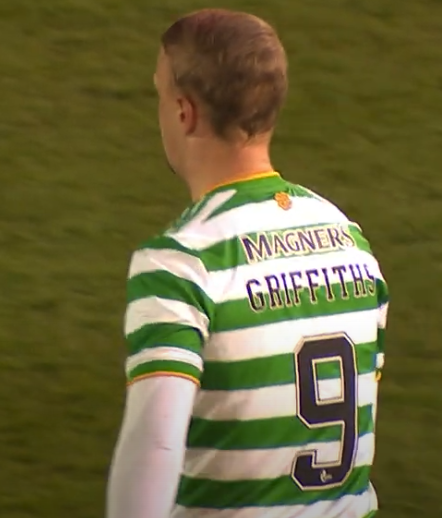 “After that, you just never know, especially with someone of his quality. If we can get him in the squad and firing, then he would be a huge asset.

“Just as a natural finisher, he is right up there. He is the best I have played alongside. He gets chances and just puts them away.

“That is the difference with the top strikers who have that real killer instinct. He has that.”

It will be a tough call for Scots boss Steve Clarke and McGregor added: “He will have a lot of things to think about as the manager, what type he takes and he will be covering all bases.

“Big experience in games has to count for something, as well. I am not going to sit here and tell him who to pick.

“It is the manager’s choice, but a fit and firing Leigh is a real asset to the squad.”