CELTIC continued to make history in season 2018/19 when they claimed an oustanding treble treble.

CQN journeyed back in time to turn the spotlight of the club’s Magnificent Seven – the years the proud Parkhead club have won every domestic honour, the league championship, the Scottish Cup and the League Cup.

It was an eventful season in 2018/19 as Brendan Rodgers’ successful reign came to a sudden halt with his departure in February 2019. Neil Lennon, of course, answered the SOS as another fabulous treble – the sixth in the club’s history – beckoned with only three months of the campaign to run.

Here the former national newspaper sports editor, veteran of fifteen Celtic books, looks at an another extremely enjoyable period in the club history.

In an edited extract, Alex writes

CELTIC’S crusade for their fiftieth championship flag emerged as one of the most dramatic and traumatic – and, ultimately, glorious – embarkations during the club’s 131-year history.

On January 1 2019, Celtic occupied their usual place at the pinnacle of the Premiership. Breathing space, though, was in short supply. First-season manager Steven Gerrard had led his revamped Rangers side to the same total of forty-two points alongside Brendan Rodgers’ team who were ahead on goal difference while possessing the luxury of a game in hand.

The champions waved a tame adieu to the old year with the disappointment of a bewilderingly lackadaisical performance in the 1-0 loss in the Glasgow derby at Ibrox where a shot from Ryan Jack appeared to be comfortable for Craig Gordon until it took a nick off Scott Brown’s right heel and deflected wide of the stranded keeper.

Perplexingly, Celtic offered little by way of retaliation in the remaining hour of play. Rodgers had suffered his first defeat in thirteen encounters against the Govan outfit. It had been a painful experience for onlookers of a Celtic persuasion. Puzzling, too. 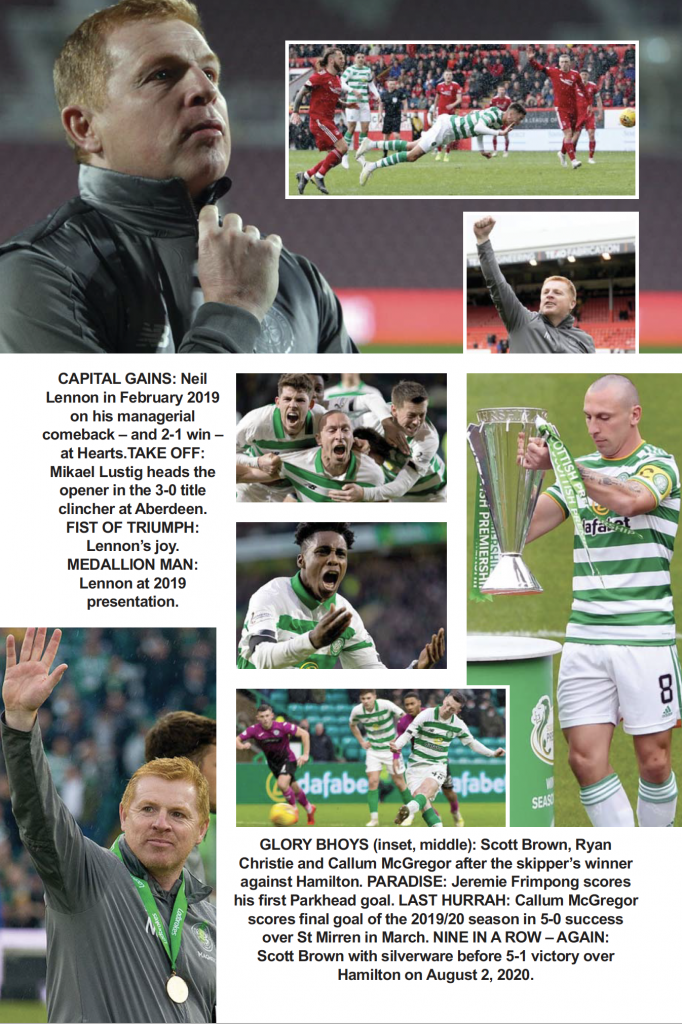 On February 26, the stunning news broke that Rodgers had agreed to become manager of Leicester City. The next evening Celtic were due to play Hearts at Tynecastle in the Premiership.

The incredulity of a large section of the support in Edinburgh the following evening was evident. A bitterness and a sense of betrayal pervaded the occasion. Before the game, a banner proclaimed that Rodgers was ‘Never A Celt. Always A Fraud’. The followers’ feelings of being let down – and, possibly, abandoned – were scrawled in large print.

Within hours of Rodgers’ exit, Neil Lennon, who, with fortuitous timing, had left Hibs the previous month, agreed to return to the club in an interim basis until the end of the season. An Odsonne Edouard goal in stoppage-time handed the comeback boss a 2-1 win.

Celtic moved a virtually-unassailable thirteen points ahead with a 2-1 victory over Steven Gerrard’s side on March 31 and by the time they met up with Gerrard and his players at Ibrox on May 12, the championship had been done and dusted. The title winners could afford to lose 2-0 in another disturbingly off-colour showing in Govan. 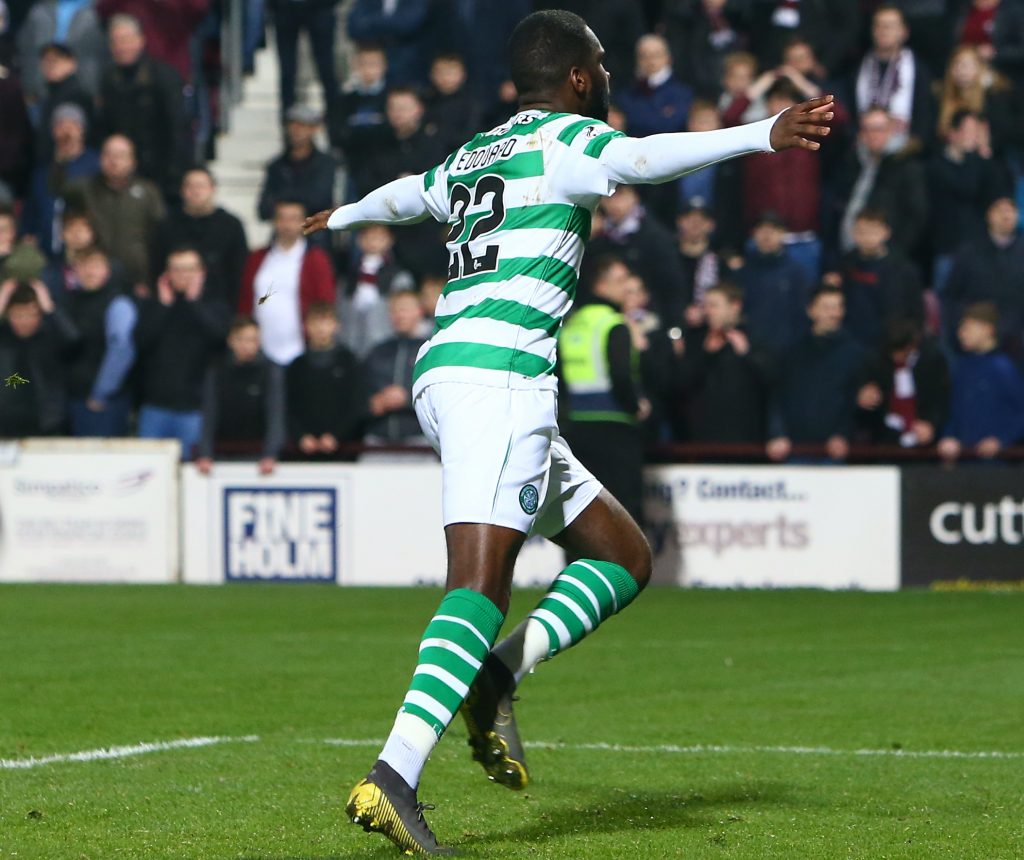 Thankfully, though, it had been an entirely different tale at Pittodrie the previous week when the eighth successive flag had been delivered with a team on full throttle. A draw would have been enough to bring home the crown, but goals from Mikael Lustig, Jozo Simunovic and Odsonne Edouard added some gloss to the occasion to see off the Dons 3-0, a winning margin that replicated the result in the Scottish Cup semi-final the previous month.

The first trophy on the cavalcade towards the exceptional treble treble had arrived on December 2 the previous year when Ryan Christie, suddenly blossoming from bit-part player to big-time operator, claimed the only counter against Aberdeen in the Betfred League Cup Final.

The memorable date of May 25 2019 – the fifty-second anniversary of the European Cup victory – arrived and with it the alluring promise of the club’s unprecedented ninth consecutive trophy in domestic competition.

Odsonne Edouard delivered the goods with two second-half goals in the 2-1 triumph over Hearts at the national stadium. Five minutes were added on as nerve ends stretched to snapping point before the referee eventually blew for full-time.

The Celtic players stood at Hampden for a moment as it dawned on them what they had achieved. A clearly-emotional Neil Lennon dropped to his knees on the touchline. The Celtic supporters split the skies above Mount Florida with their cries of sheer delight.