CELTIC can prepare for the next round of the Champions League qualifiers after taking care of business in a ruthlessly professional manner in Armenia this evening.

Brendan Rodgers’ men approached a potential banana skin in sweltering, strength-sapping conditions with an assured outlook and the second leg at Parkhead a week tomorrow will be a mere formality.

Odsonne Edouard, with his first goal in Europe, James Forrest and Callum McGregor got the goals that made certain the champions can book their place in the next stage.

It was a night to abandon the frills, get out there and get the job done. And that’s exactly what the Bhoys did.

CRASH! The opening goal arrived two minutes into stoppage time when Edouard displayed lightning reflexes when it looked as though a wayward effort from Forrest was going yards off target.

However, the pacy frontman didn’t hesitate as he first-timed an unstoppable low drive into the net from an angle on the left.

It was a sublime mixture of quick-thinking and technical ability and the Hoops were rewarded for a stint of sustained pressure.

BANG! Forrest finished off a bout of penalty box ping-pong after the Armenian defence couldn’t clear a right-wing corner-kick in the 81st minute.

Kristoffer Ajer rose the highest to knock the ball down to Scott Sinclair who managed to work the ball across the penalty box to Jack Hendry who cleverly teed up the winger who was so prolific last season.

The Scotland international was cool, calm and collected as he immediately sized up the situation and placed the ball into the exposed corner of the net.

WALLOP! Giant Norwegian Ajer was involved again with a lung-bursting surge into enemy territory before sliding the ball in front of Forrest, coming in from the right.

He carried across the 18-yard line before knocking a pass to Callum McGregor. The midfielder took one touch before slamming an angled low left-foot drive beyond the helpless Ognjen Cancarevic for the third in the 90th minute. 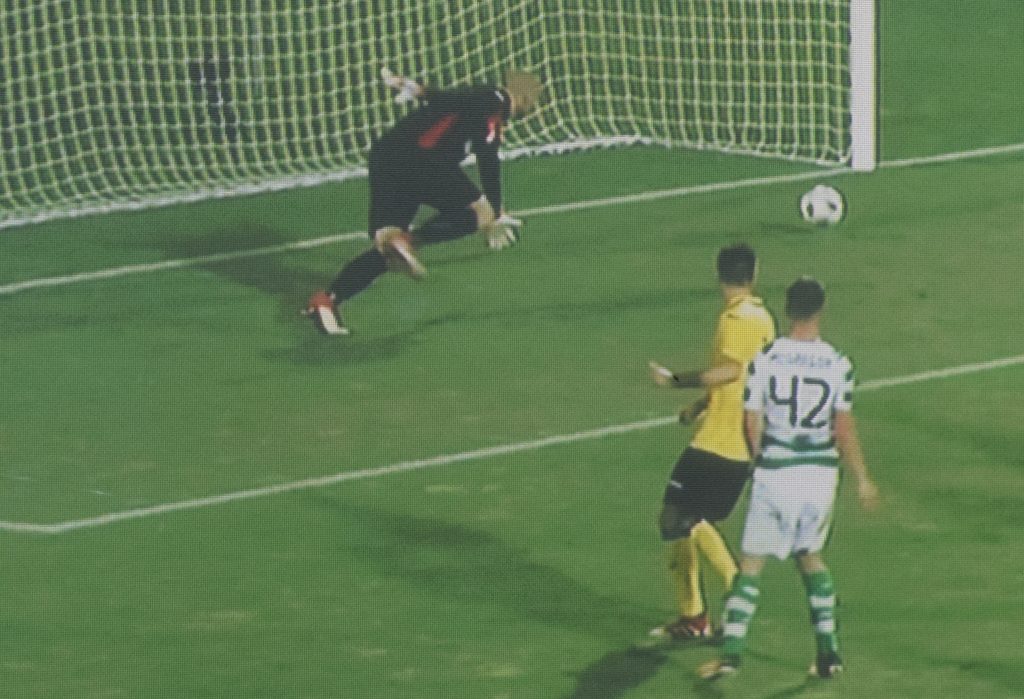 PERFECT FINISH…Callum McGregor watches as his low drive hads for the corner of the net.

Rodgers must have been satisfied with his troops and the way they set about their first competitive game of the campaign.

Kieran Tierney demonstrated all the transfer hullabaloo that has followed him around throughout the short pre-season was not affected his concentration and dedication to the cause.

The left-sided defender was thundering up and down the flank as usual and his willingness to drive forward was highlighted with two wonderful back-to-back crosses in the 14th minute.

Alas, there were no takers on either occasion, but Tierney was finding his range as he galloped forward menacingly at every opportunity.

The Hoops had the first shot on target in the htird minute when McGregor displayed some quick feet outside the box, but his parting effort lacked oomph and the keeper gratefully swooped it into his waiting arms.

Ten minutes later, Moussa Dembele attempted to race onto a dodgy passback, but the rival No.1 raced from his line to hastily boot the ball for a shy.

In the 19th minute Olivier Ntcham, who looked a bit off the pace and was not delivering with the accuracy associated with him in the second half of last season, fluffed a free-kick from a good position. 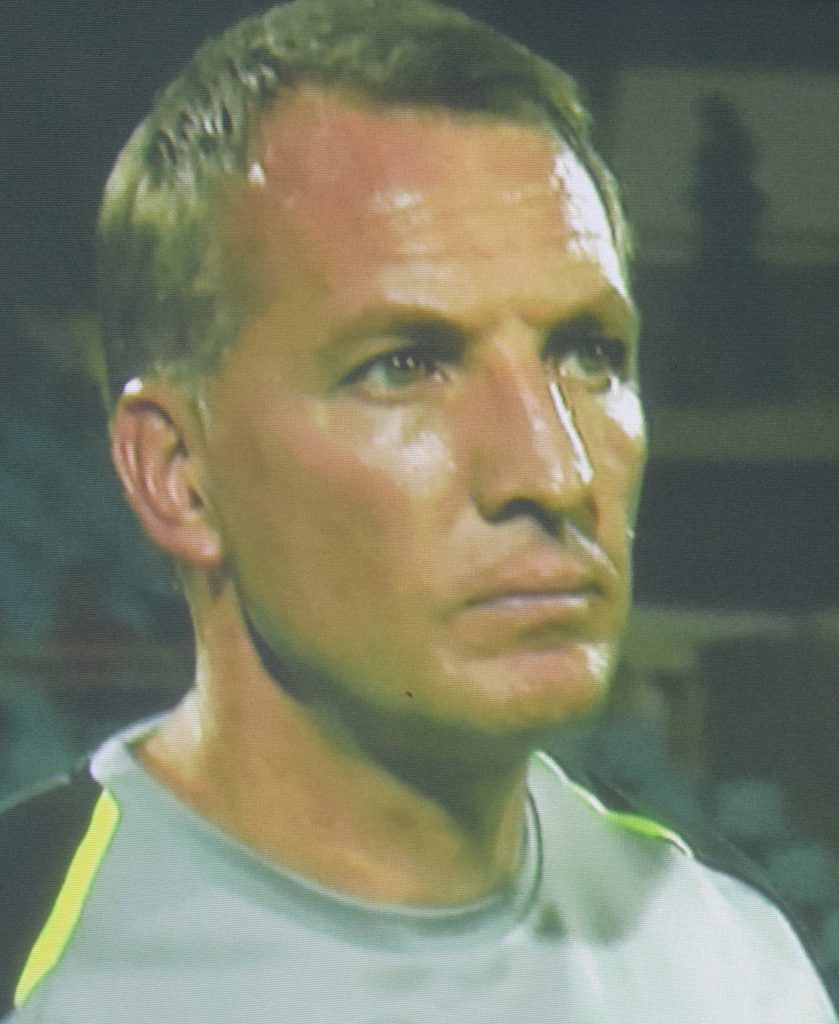 The Armenian champions were relying on the pace of their frontmen, but Craig Gordon looked alert on the occasions they managed to get anything on target.

He blocked a fierce drive from Jefferson Reis in the first-half and took no chances with a swerving long-range effort from Artar Grigoryan after the break.

All things considered, it was an excellent exhibition in controlled football from Celtic and they achieved the main objective of taking a massive step towards the next round.