Celtic Quick News on News Now
You are at:Home»Uncategorised»THRIVING vs SURVIVING
By CQN Magazine on 10th November 2015 Uncategorised

Continuing our review of our coverage of the unfolding Rangers crisis back in 2011 and 2012 and leading up to its death as a football club, here Tony McCann considers Financial Fair Play…

An insidious spectre looms over Europe, its true nature shrouded. Whispers here and there, a faint murmuring of discontent builds and coming with ever increasing intensity predictions of doom and chaos. The end of days is nigh.

I am waiting patiently for headlines of a similar vein to erupt from the back pages of an English daily the minute UEFA flex any kind of muscle over excessive spending and threaten to bring the transfer pantomime to an abrupt end. The sinister spirit to which I refer can be none other than UEFA’s Financial Fair Play.

To provide some background in 2009 UEFA broadly agreed on a scheme designed to curb the increasingly unsustainable spending of its member clubs. Spurned on by the increasing value cash gifts wealthy owners bestowed to their clubs, and seeking to ensure this didn’t put sustainably run clubs (such as Celtic) at a substantial disadvantage, UEFA launched Financial Fair Play (FFP). FFP grants UEFA powers, which kick in this season, to impose transfer sanctions and European competition bans upon errant clubs that spend carelessly; Swindon are currently enjoying a transfer embargo enforced upon them for spending more than 65% of their turnover. 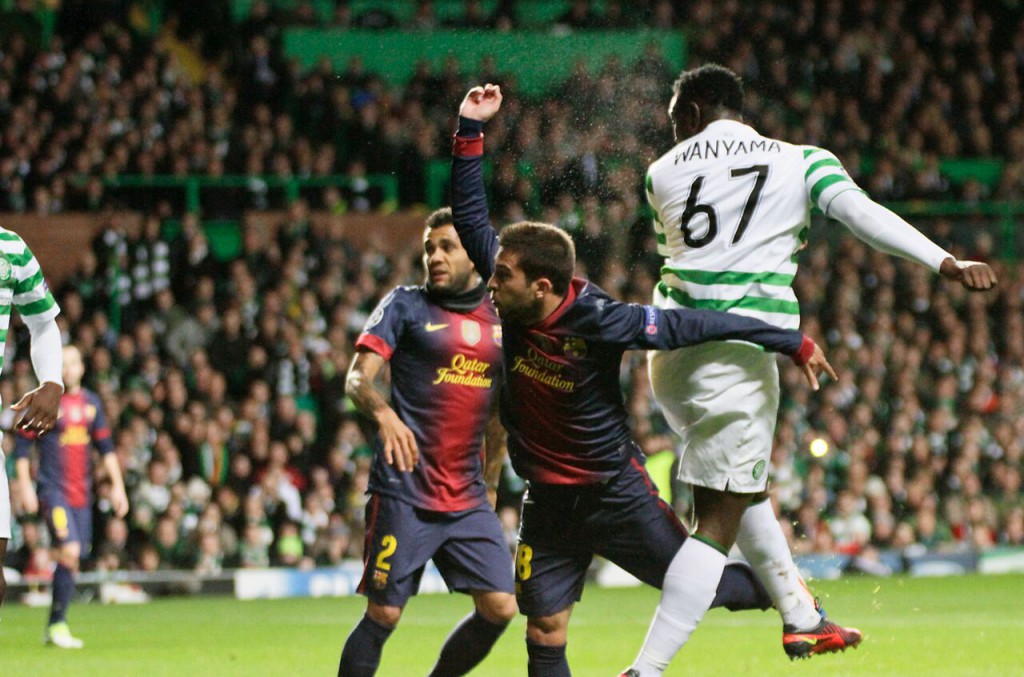 So far so good, fair play indeed. Keeping the oligarchs from upsetting the apple cart? Hardly. UEFA have not produced any coherent legislation designed to prevent cash whooshing into clubs through other avenues such as ludicrously expensive stadium renaming rights or from affluent benefactors using their other assets as the club sponsor with a view having the accounts show this massive influx of cash not as a gift but as a worthy declaration sincerely earned profit.

FFP it would seem is a broad brush stroke, it is a government hoping to boost high street sales through minor tampering with interest rates, it is essentially as worthwhile as launching faeces at the moon with a view to altering its orbit. It is well intentioned Voodoo but one which could come to resemble a misguided owner beating a hapless dog into submission.

FFP is a valid acknowledgement of a well known problem; you cannot continually spend more than you earn. However FFP expects to operate by applying downward pressure, threats of expulsion and embargos thus letting the clubs under its heal squeeze themselves into a economically viable shape. The plan has a hint of Thatcherite swashbuckling free market laissez-faire about it, the sort of thing that Friedrich Hayek would give the thumbs up. This approach is notional guidance and implies the clubs know how to behave and that they just need to get their act together.

If all the clubs, relatively free from UEFA’s nannying knew what was best for everybody then surely they would have done it? This is my issue with FFP as it stands. It neglects that most clubs, at least at some stage, have exhibited behaviour that favours thriving over surviving. Football is a massive gamble at boardroom level. As a season starts with all the policies made, signings sealed and staff in place (ergo cash spent and committed) those in charge have, at best, hope. Football can be cruel and fate never assured, even when you play your home games at Camp Nou. But rather than provide its members with a sustainable frame work, capped sponsorships and player salaries being just a small part of any potential solution, UEFA encourages behaviour such as ropey accounting and deliberate flouting of the rules; Man City’s stadium sponsorship deal anyone?

One indeed must wonder as to whether the Murray reign at Ibrox would have entered its violent final nosedive had a framework been in place to protect clubs from unsustainable spending. 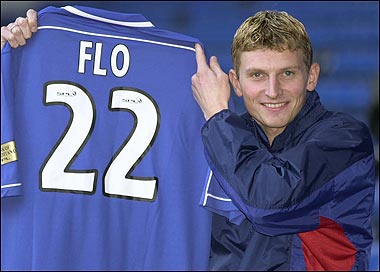 In order to guard against excessive spending surely the logical way would be to limit transfer fees, cap salaries and generally disarm the weapons that deal fatal financial damage? Football offers an excellent Petri dish in which to examine the consequences of lax economic policy but that is another matter for another article. The matter in hand however is very clear. FFP is the initial response to a recognised issue; the current financial model is untenable and clubs alone cannot be trusted to look after the best interests of all by themselves. The need to win and the frequent taste of glory are too strong a narcotic; a narcotic that once subsisted upon requires the steady flow of cash to sustain. Everybody knows a junkie’s life style is not indefinite and the party has to end sometime.

FFP as currently prescribed is a big stick, a threat to get your house in order without addressing why it was a shambles in the first place. Without bringing an end to wildly disproportionate salaries, small African country GDP transfer fees and ever increasing flexibility to hike ticket and merchandise prices whilst allowing openly questionable sponsoring deals how can UEFA seriously expect fair play to reign supreme? 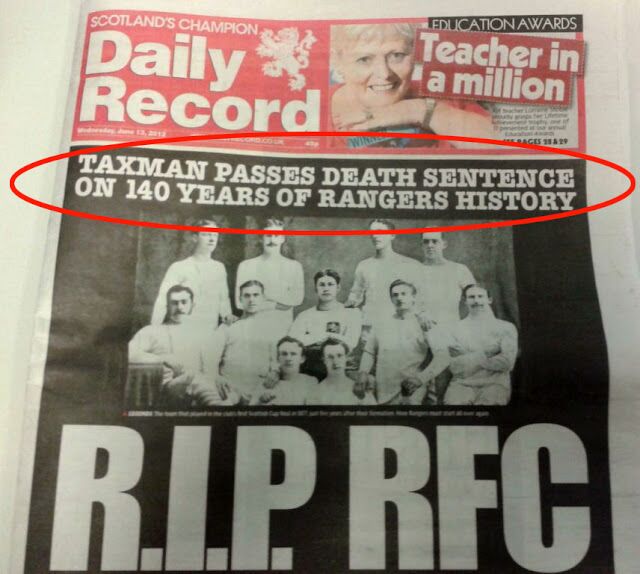 And lets not get started on the bare faced cheek of UEFA issuing any kind of advice or policy that would lead away from a reliance on “cash gifts” and espouse “fair play”. One has to assume any rule with Fair Play in the title wouldn’t embrace corruption openly.

But that minor niggle aside UEFA has to do more to ensure there is a more level financial playing field and not a market that encourages reckless spending gambling on success. The advantages to the game of more dispersed wealth are well-defined; more teams able to compete means more competition and to even the most rampant free market capitalists amongst us as well as the sports fans it is crystal clear that increased competition means more bums on seats thanks to an enhanced product. Rather fancifully I would also like to think it would breed a higher standard of free flowing play, but sadly catenaccio can win games too. But that isn’t enough. Both fan and club can be protected from over expenditure by having a fairer transfer system, indeed in America the NBA operates a salary cap system, but perhaps that example is more to be learned from rather than copied.

I have no issues with healthy player salaries, but when the money going into football direct from our pockets in one form or another whether it be from TV subscriptions, replica tops or season tickets goes into a bloated system where value is blurred beyond belief then surely it is up to UEFA to do the best by its customers and members; fans and clubs respectively. My issue is with distribution of cash, where these ever increasing sums of money gained from higher ticket prices, fatter Sky bills and harder to swallow merchandise costs go. Ronaldo is a global brand; indeed I wouldn’t be surprised to see the R7 motif immortalised on a set of tweezers, ones no doubt intended to trim the masculinity out of any eyebrow. But the point is Ronaldo has these avenues of revenue open to him. The regular fan doesn’t and all the while clubs are tempted to put thriving before surviving, being backed into a mental corner with reckless expenditure seeming like the only escape, almost as if glory will one day balance the books. Only the extremely disillusioned could see any sustainability in this approach.

Financial Fair Play is an almost apocryphal ghost story for Celtic, but the ramifications of poor policy are all too clear when looking at our diminished stature against the shadows of those gliding high atop bubbles of debt on an ever prevailing southerly wind. Certainty is a hard thing to have about how FFP will pan out but the one thing I am certain of is that Financial Fair Play should be about more than just balancing the books.