GREG TAYLOR arrived at Celtic in a £2.25million switch from Kilmarnock on the September 2 transfer deadline day.

The Scotland international joined Boli Bolingoli, a £3million acquisition from Rapid Vienna, as rivals for the left-back position that had been vacated by Kieran Tierney and his understudy Emilio Izaguirre.

The joint fee for Taylor and the Belgian was, of course, dwarfed by the record-breaking £25million that lured the fans’ favourite to Arsenal.

The 22-year-old former Killie star, who has been given the nod to take over the No.3 slot in recent weeks, has admitted he is aware of the pressure of taking over from a player who could do no wrong in the eyes of the Hoops faithful.

Taylor, who has taken time settling into the challenges of playing for a team searching for its ninth title in a row, is looking more comfortable and set up goals for Callum McGregor and Ryan Christie in the 5-0 midweek thrashing of Hearts. 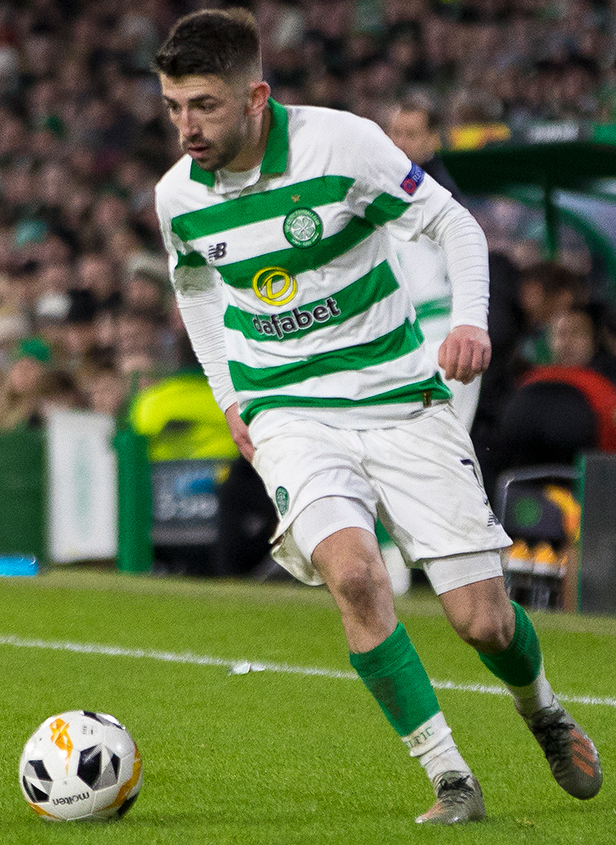 The pacy defender, speaking to the Daily Record, said: “Kieran was an outstanding player for this club, so I’m well aware of how good he was.

“But I can only do what I can do, do my own job and my own role and contribute to the team as much as I can.

“Hopefully, as long as I’m doing that, then the gaffer will keep selecting me.

“It’s a positive to be compared to Kieran as he’s a top top player, but I just want to keep playing and improving all parts of my game. There’s improvements to be made, but I’m enjoying it.”

“We’ve got a good relationship, I think he’d say the same about myself.

“He’s putting out outstanding performances so it’s nice to have him beside me.

“He makes me look like a better player. You know he’s always going to find you, he doesn’t miss many passes, so to have him on the inside of you does help.

“We’ve got a good relationship off the pitch as we do with all the boys, but having been away and played for Scotland together we knew each other and each other’s game a wee bit more.

“It’s probably helped me settle into the team a wee bit.”