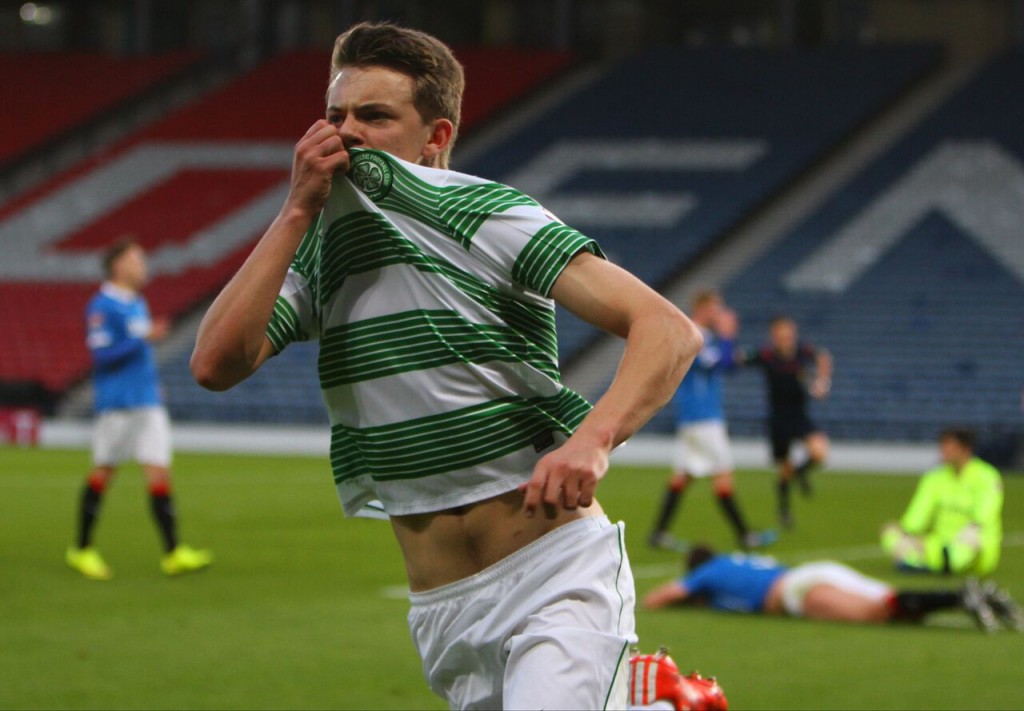 Now the latest Scottish international is eagerly anticipating this Sunday’s Scottish Cup semi-final and an identical outcome would be acceptable to the enterprising 18-year-old defender.
Tierney recalled: “That was a great game for us last year. Aidan Nesbitt scored a hat-trick and, hopefully, this will be a similar result.
“Every one of our players knows what it means. There is a lot of stake. It’s a semi-final and we need to go and do the job.”

When the sides met in the League Cup semi-final last season, Tierney was recovering from a broken leg. He travelled to Hampden with the Wishaw Emerald Celtic Supporters’ Club and celebrated again as the Hoops won 2-0 with first-half goals from Leigh Griffiths and Kris Commons in a one-sided encounter.

Now, just over 12 months later, he could be on the pitch and playing his part in trying to help Ronny Deila’s men to reach the Scottish Cup Final
He added: “It’s been an incredible year. I would never have thought I’d be in contention to play in a semi-final this season. 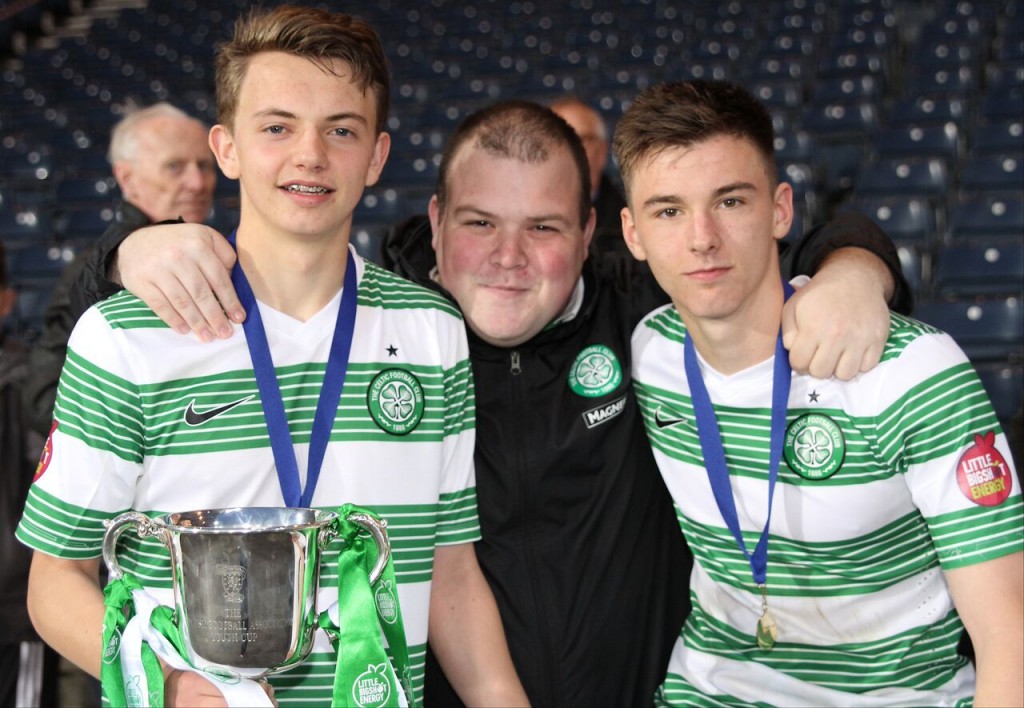 “I was at the League Cup semi-final last year. I didn’t get a ticket through the club, I went with my supporters’ bus. It was during the time when I was out with a broken leg, but I still wanted to go.
“I know what the atmosphere will be like. It’s a great game to be involved in and, hopefully, I will play.
“I will do my best to adapt to the game because it’s kind of a different atmosphere to any other match. Everybody knows that and it’s just down to us as players.

“It will be a hard game no matter who we are playing. Any team that gets to a semi-final deserves to be there.“

———————————————————-
PRE-ORDER Charlie Gallagher? What a Player! from CQN Bookstore HERE and we’ll email you back to organise a personal message from Charlie on your signed copy. A GREAT Father’s Day gift for your dad from a Celtic legend! The book is written by Celtic historian David Potter and is a great read.