Celtic Quick News on News Now
You are at:Home»Football Matters»‘TIME TO MAN UP,’ BROWN
By CQN Magazine on 5th April 2016 Football Matters
SCOTT BROWN, who came under fire from some quarters after a challenge on Hearts’ Juanma during Saturday’s 3-1 triumph, has told critics to “man up”.
The Celtic skipper escaped punishment – which enraged Tynecastle boss Robbie Neilson and several Tynecastle players who were calling for referee Bobby Madden to show a red card.
However, Brown shrugged off their comments and insisted there was no malice in the tackle.
He said: “In football, there is too much focus on a wee slide tackle here or there. 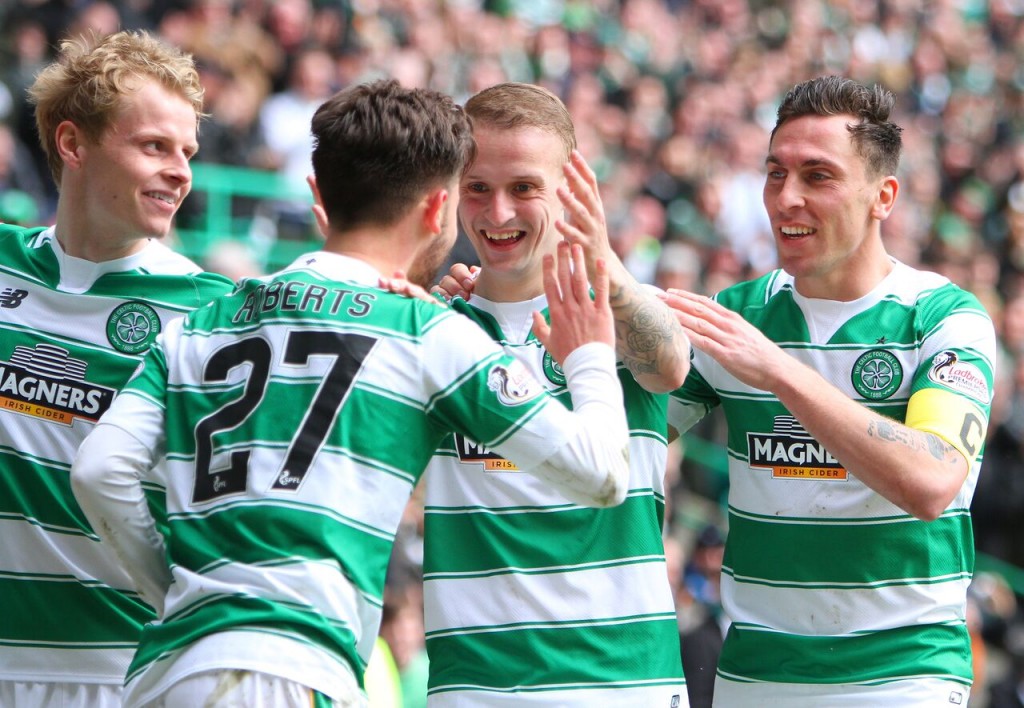 “We need to man up about it. Football is a contact sport and you have to deal with some tackles. I am not saying mine was great or a bad one. I am not really sure. Some people have said it was a bad one, but I haven’t had time to look at it.

“I don’t go into hurt anyone.”

Brown, though, is prepared for another midfield skirmish in the crucial meeting with Paul Hartley’s Dundee at Dens Park tonight.

Ronny Deila’s men can go seven clear of Aberdeen, who travel to Edinburgh on Friday for what is certain to be a tense tussle with Hearts, assuming, of course, the game is on after the Edinburgh team’s scheduled match tonight against Inverness Caley Thistle was postponed with 16 of their players sidelined with a stomach bug.
Brown said: “It was a good battle on Saturday. Hearts are a top quality side and we managed to score three times after going a goal down. That showed up the team spirit which has always been there. The crowd was outstanding for 90 minutes, there was just under 50,000 fans watching, so it was a good day to play football.

“We always knew there was top quality players in that dressing room and we now have to kick on.

“We need to go up to Dundee and get three points. It’s a hard place and they played really well in the goalless draw at Celtic Park. They definitely did their homework, that’s for sure.

“Every game is huge for us, but these three games could kick the season right on. Three points at Dundee will be huge for us because we could go seven points clear. We have an early kick off on Saturday and by the end of that we could be 10 points clear.

“That can play on peoples’ minds and, hopefully, we can make it all about us.”