NEYMAR, world football’s most expensive player at £200million, has tipped his Paris Saint-Germain team-mate Timothy Weah to be a sensation at Celtic.

The Brazilian, who went into the record books following his megabucks switch from Barcelona to the French giants, believes the 18-year-old American international will be a success during his six-month loan stint with the Scottish champions.

Neymar, who has never exactly endeared himself to the Hoops support in past meetings when he has performed for both Barca and PSG,  insisted: “It is a very exciting move for him.

“From what I have seen of his talent, he has everything to go and be one of the top attacking players in Europe.

“He did have options , but Timothy chose the right one. Celtic are a big club, in their league they attack a lot and score a lot of goals, and also they are still in Europe – so they offer him much.”

The exciting prospect agreed the temporary switch to Brendan Rodgers’ outfit as he seeks game time as he is down the pecking order in Paris with the likes of Uruguayan hitman Edinson Cavani and World Cup winner Kylian Mbappe ahead of him. 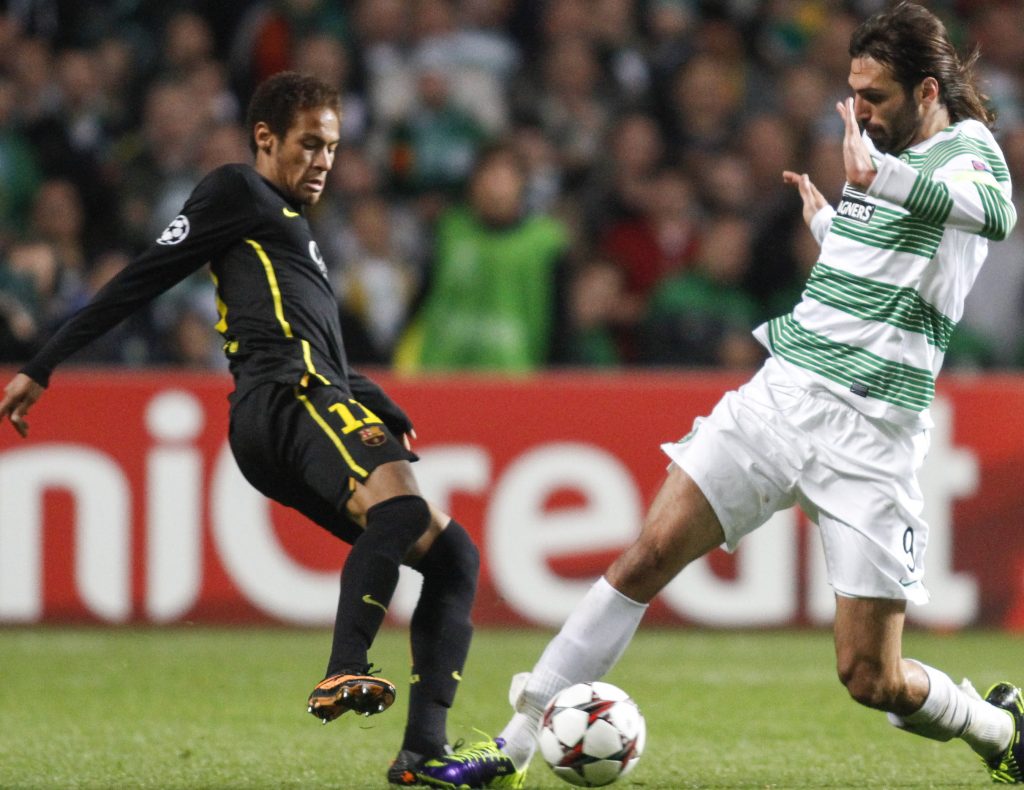 THE BOY FROM BRAZIL…Neymar in action for Barcelona against Georgios Samaras in October 2013. Pic: Geo.

The former Santos ace reckons Weah, son of Liberian superstar George, is backing the teenager to come back a better player after his education in Glasgow.

“He is a fun guy to be around, but, also, he is very humble and that is what you want to see from a young player. It’s what a coach wants to see because it means they want to learn.

“His father is one of the greatest strikers there has been, but he doesn’t feel the pressure of having the name and I respect that.

“He just has confidence in his own ability and in his own game and that was how I was at his age.”

The Celtic fans could get their first glimpse of Weah when the holders kick off the defence of their Scottish Cup against League One outfit Airdrie at Parkhead on Saturday.