Celtic Quick News on News Now
You are at:Home»Latest News»TITLE FEVER: NAKAMURA AND THE FREEWAY TO SUCCESS
By CQN Magazine on 22nd April 2022 Latest News

The stylish Japanese playmaker was a virtual unknown when Gordon Strachan paid £2.5million to prise him from Serie A outfit Reggina.

However, the delighted Hoops followers quickly realised the club had invested in a class act in the multi-skilled midfielder whose deadball kicks struck terror into the opposition. And that was highlighted with the title winner against Kilmarnock at Rugby Park on April 22 2007. 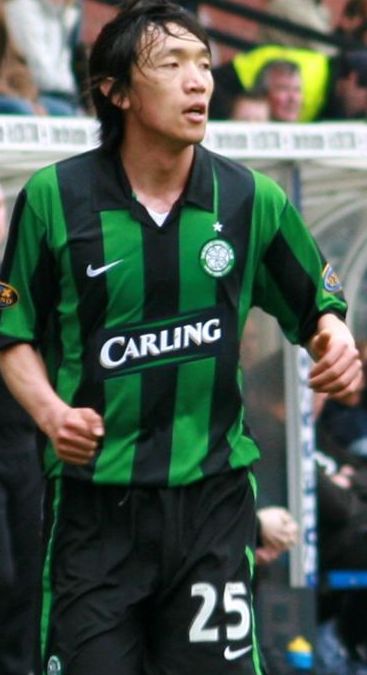 Author Alex Gordon investigates Strachan’s second season in charge at Parkhead in depth in his fifteenth Celtic book, ‘50 Flags Plus One‘. The tribute publication covers every one of the team’s untainted fifty-one championships following the first in 1893.

Alex, a former national newspaper sports editor, writes with insider knowledge on another monumental campaign in the history of Celtic.

In another CQN EXCLUSIVE, here is an edited chapter from the book. Enjoy!

ON the Sunday afternoon of April 22 2007, sunshine smothered every corner of Ayrshire. Celtic had been presented with the perfect setting to claim their forty-first championship.

SET-PIECE SUPERSTAR…Shunsuke Nakamura curls the ball round the Killie wall on its way towards the back of the net to secure the club’s 41st flag.

A breathless Strachan grinned: “I thought we were in for another long week, but but I am lucky to have a genius on board. I thought it was asking too much of him. But he did it once more. It was fitting he should score the goal that won the title. He has played more minutes for us than anyone else this season and covered more ground than any other player. 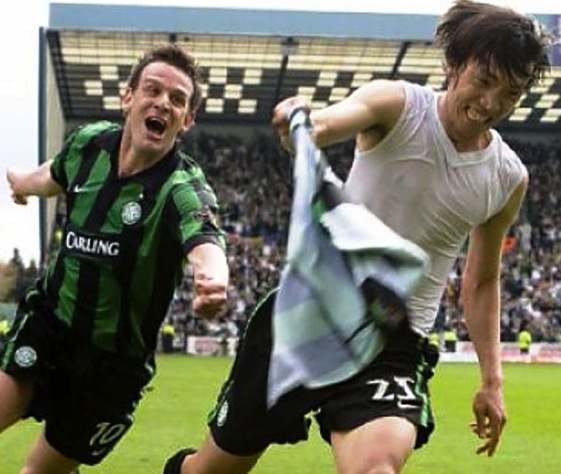 PRIZE GUYS…Jan Vennegoor of Hesselink races to congratulate the overjoyed Shunsuke Nakamura after his title winner.

“He is the most technically-gifted player I have ever been involved with in the game. I played alongside the likes of Bryan Robson and Kenny Dalglish, who were fabulous footballers, but for a sublime touch, Naka is the best.”

The flag had been won in one of the most dramatic, thrilling and breathtaking finales. It was all-square after Colin Nish had cancelled Jan Vennegoor of Hesselink’s twenty-fourth minute opener. The robust Dutchman had been one of Strachan’s acquisitions during another busy summer break following his eventful maiden campaign.

Clearly, he had no intention of resting on his laurels following his commendable efforts in scheming the club’s way towards a Championship and League Cup double. The coach was enthusiastically determined to put his stamp on the team.

The spectre of Martin O’Neill had to be exorcised to rid the Celtic manager of constant comparisons with the charismatic Irishman.