FORMER Celtic striker Scott McDonald does NOT believe Celtic are guaranteed the title even if they win at Ibrox on Sunday.

A victory will put Ange Postecoglou’s men six points ahead with six games to play, with one of them at Parkhead once the split is decided.

The Hoops have a massively superior goal difference of 14 at the moment and even an odd-goal triumph will push that to 15 which could be worth a point if the championship went down to the wire. 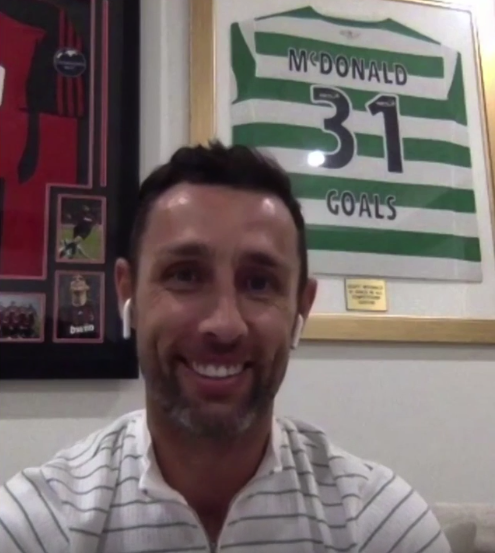 However, McDonald, who scored a memorable winner in a derby confrontation back on December 27 2008 with a shot on the drop that almost ripped the net away, does believe it will be a huge step in the right direction for his old club.

Speaking on the outcome of a Celtic win, the former Australian international frontman, now 38, said: “Look, you’d have to say that they would have one hand on the trophy.

“It would be down to them, the form they have been in. And Ange Postecoglou, what a job he has done.

“We’ve talked about it loads over here in Australia, he is such an icon to the Australian game, the buzz that has been around Australia.”

McDonald admitted his fellow-Aussies are still raving about the Hoops’ 3-0 triumph over their Ibrox visitors at the start of February when a whirlwind opening 45 minutes swept their opponents into submission with Reo Hatate (2) and Liel Abada making the second-half a mere formality with the hosts coasting 3-0 ahead.

McDonald, speaking to Sky Sports News, continued: “It’s neck and neck, we haven’t seen this for many a year. 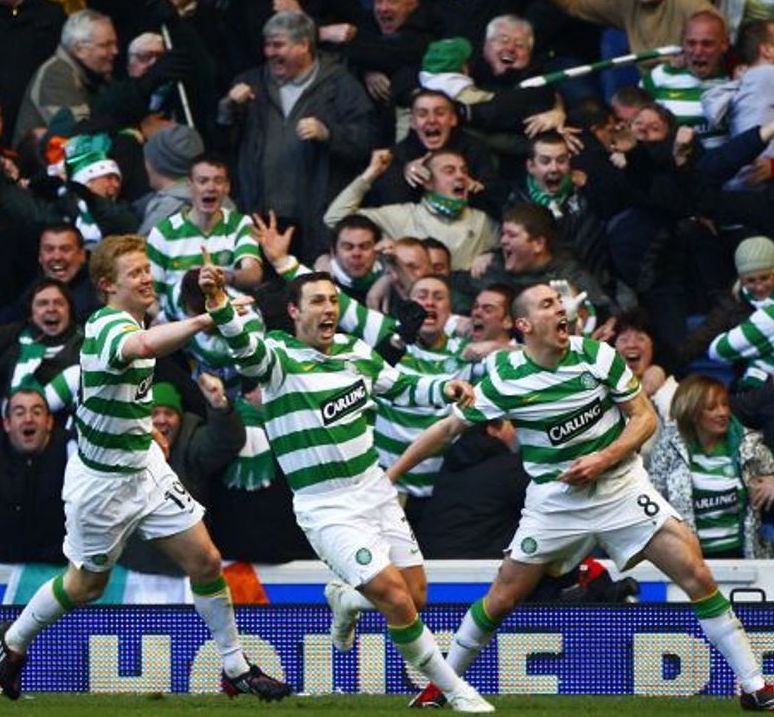 GOVAN GLEE…Scott McDonald is flanked by Barry Robson and Scott Brown after scoring his netburster at Ibrox on December 27 2008.

“The psychological games begin very, very early on in the week.

“I think some of the players will be quite pleased that they’re away on international duty to get away from all the hype.

“It’s going to be really interesting to see how both teams, particularly Rangers, set up.

“I think Ange learned a lot from his first game in charge at Ibrox. He didn’t quite go with the normal tactics he was showing with his full backs inverting.

“They certainly did that in the second game at Celtic Park and they caused Rangers a lot of problems. ”

Asked for a prediction, McDonald said: “I think it’s going to be a tight affair and I think the first goal will win it for me.