Celtic Quick News on News Now
You are at:Home»Lions & Legends»TOMMY GEMMELL: BERTIE AULD PAYS TRIBUTE
By CQN Magazine on 2nd March 2017 Lions & Legends
BERTIE AULD has paid a heartfelt tribute to Tommy Gemmell, his Lisbon Lions team-mate and lifelong friend.
He said:”The world is missing one of its greatest characters.
“Tommy was a pal, first and foremost. He was always there when you needed him.
“As a footballer, I rated him the best left-back in the world.
“As a human being, he was up there, too.
“It was Tommy who revolutionised his defensive position in the team.
“Before the Big Man, the player in that position rarely crossed the halfway line.
“Tommy came in and changed all that. Jock Stein never had to encourage him to go forward, Tommy simply took it upon himself.
“He was the complete athlete. Tommy would pound up and down the flank all day, hardly stopping for a breather.
“He always took it as a compliment that rival teams used to put their winger out to mark him.
“Until Tommy came on the scene, it was the other way around.
“But that was typical of my big mate, he was a one-off, the real deal.
“Tommy was unique. Remember, he scored in two European Cup Finals and the World Club Championship Final.
“No other British player can claim that distinction.
“Tommy Gemmell will be irreplaceable in my life and that of so many others.
“My thoughts are with his wife Mary and the family.
“The world has just lost one of its favourite sons.”
Gemmell will always be remembered for his pulverising shot for Celtic’s equalising goal against Inter Milan in the Portuguese capital on May 25 1967 as Jock Stein’s team became the first British club to conquer Europe.
Stevie Chalmers got the winner against the Italian giants, but Auld always insisted his big mate’s goal was the most important in the club’s history.
He said: “Absolutely no disrespect to Stevie, but Tommy’s effort that day was absolutely crucial.
“Their keeper, Guiliano Sarti, was putting in an unbelievable performance and, to be honest, looked unbeatable as they protected their one-goal lead.
“We hammered away at them, but no matter how hard we tried, we couldn’t get the ball behind him.
“We knew it would take something special to beat him – and Big Tommy came up with the answer in the 61st minute of that unforgettable encounter. 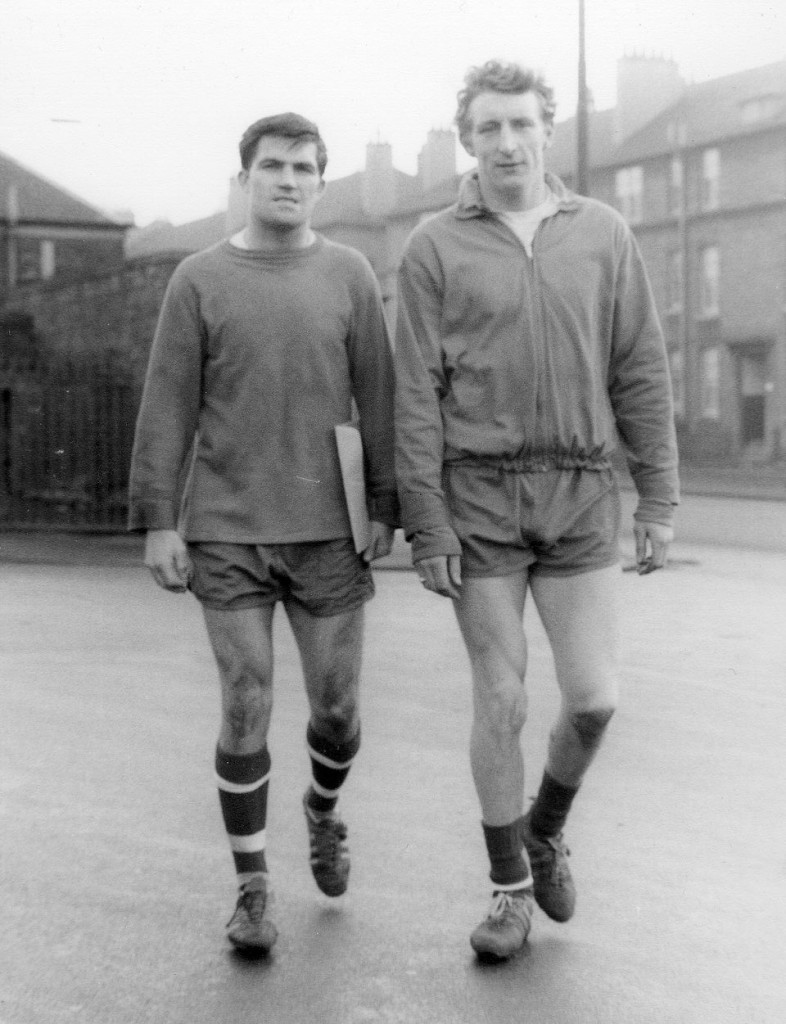 “Jim Craig slid a pass across the edge of the penalty box and Tommy raced in to smack the ball first time into the roof of the net.
“Eleven Sartis wouldn’t have kept that effort out of the net.
“It was a goal as soon as it left Tommy’s right foot and, after that, there was only going to be one winner.
“Stevie did the business when he diverted in a cross from Bobby Murdoch, but Tommy’s equaliser, for me, was the most vital in Celtic’s history.
Auld added: “Tommy was the best left-back in the world around that time, absolutely no argument.
“And yet he was one of the most modest chaps you could ever meet.
“There was never anything big-time about Tommy Gemmell.
“He had time for everyone and was happy to do favours for anybody.
“Tommy Celtic Football Club and the fans. He adored them as much as they adored him.
“There was a special bond between him and the team’s followers.
“It is a tragedy he will not be with his former team-mates when we celebrate the 50th anniversary of Lisbon this May.
“How he would have loved to have been involved in that.
“Rest in peace, mate. Your place in history is assured.”
Click Here for Comments >
Share. Twitter Facebook Google+ Pinterest LinkedIn Tumblr Email
Previous ArticleLIFE AND TIMES OF TOMMY GEMMELL
Next Article TOMMY GEMMELL, JIMMY JOHNSTONE AND ROD STEWART