CELTIC legend Jimmy Johnstone was one of Tommy Gemmell’s best mates, on and off the pitch.

Big TG, who sadly passed away two years ago today at the age of 73, spoke to friend and author Alex Gordon about his relationship with the man voted by the fans as ‘The Greatest-Ever Celtic Player’.

Alex told CQN of his interview with Gemmell for his autobiography, ‘All The Best’. which was published in 2014.

Gemmell admitted: “Jimmy Johnstone was always one of my favourite guys. Obviously, he was much, much more than a mere team-mate.

“He was great company and I always thoroughly enjoyed our time together, whether it was on a football field, sitting by a loch doing a spot of fishing, taking in a movie, having a quiet drink in a bar, oh, anywhere and everything. 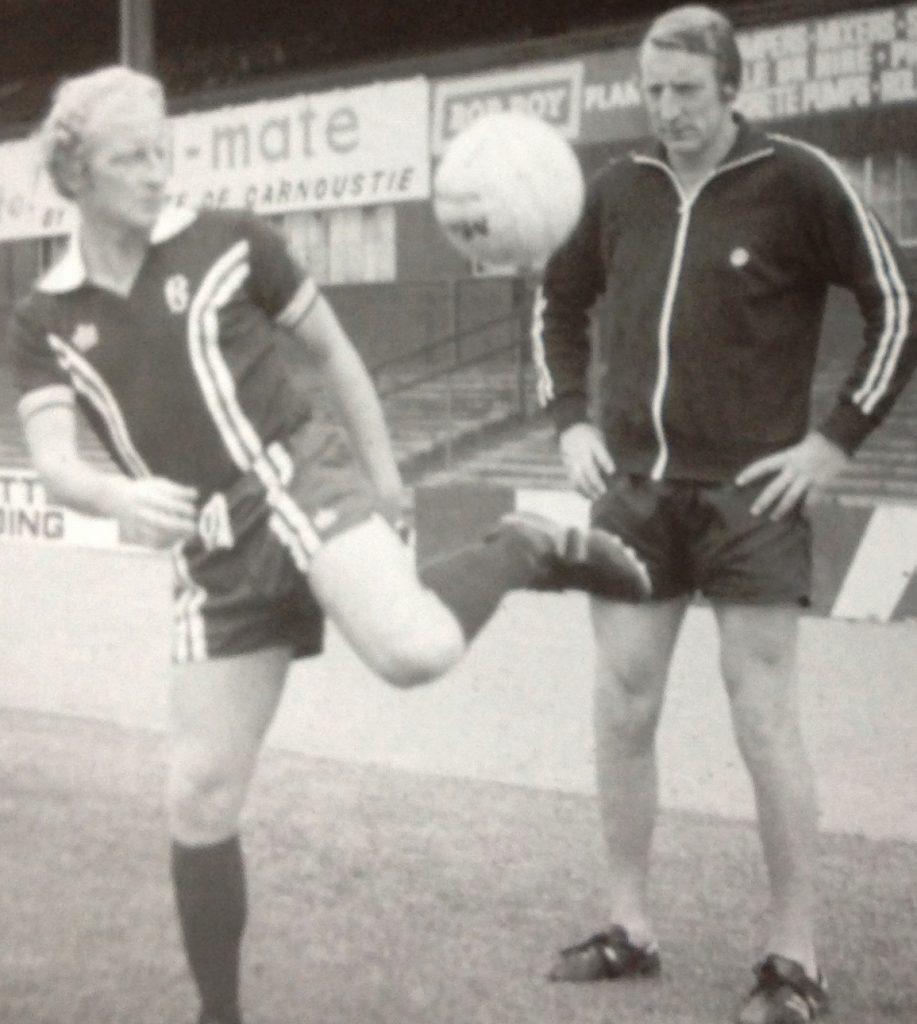 AND FOR MY NEXT TRICK…Jimmy Johnstone shows his big mate Tommy Gemmell his skills.

“His courage in his gallant battle against motor neurone disease was humbling. I used to pop into his home in Uddingston to say a quick hello almost on a daily basis.

“His wife Agnes had rigged up a room that was custom-built for the Wee Man.

“He had a big comfortable armchair and a massive TV screen that was normally tuned into one of the sports programmes.

“I would go there to try to cheer up my little chum, but, more often than not, it was he who had me in gales of laughter by the time I got back to my car.

“I remember a day Bertie Auld and I arranged to visit him. We were sitting in his room simply shooting the breeze.

“There were just the three of us as Agnes had taken the opportunity to do a bit of shopping in Glasgow.

“We were nattering away when the doorbell sounded. ‘Are you expecting anyone, Jinky?’ I asked. ‘Aye, Rod Stewart said he might drop in,’ replied my wee mate, who was one of the best wind-up merchants in the business.

‘I’ll see who it is,’ I said as I made my way to the front door. I opened it and standing there right in front of me was…Rod Stewart.

“‘Hiya, Tommy,’ said Rod. ‘How’s it hanging?’ Before I could think of an answer, he said, ‘Is Jinky coming out to play?’ 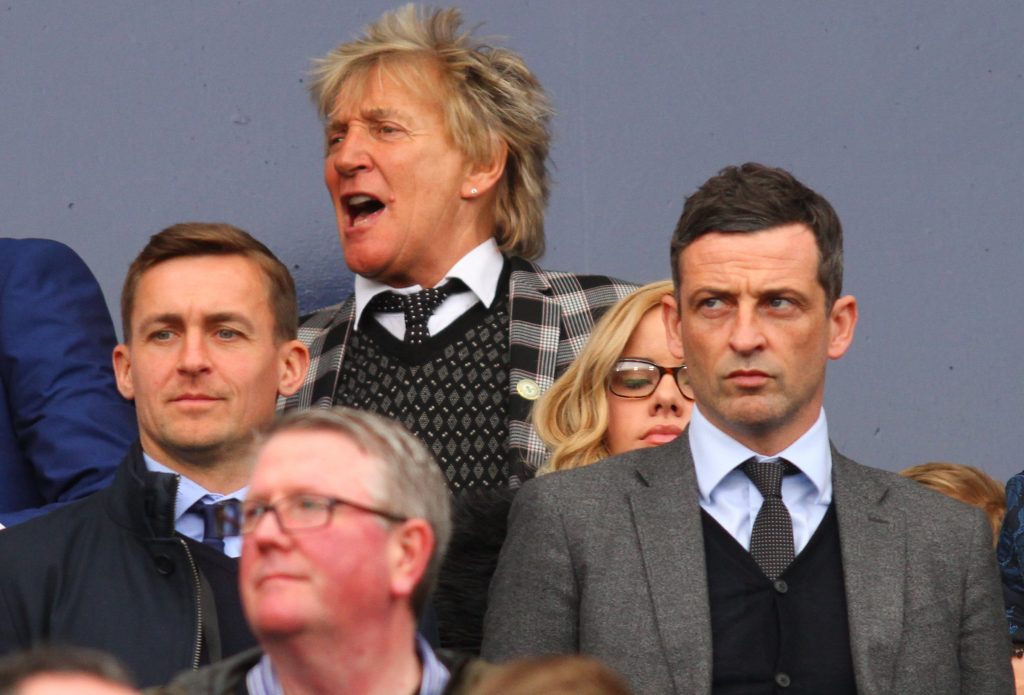 “WE ARE SCORING”…Rod Stewart sings along as he watches Celtic hammer Rangers 4-0 in last season’s Scottish Cup semi-final.

“We both fell about laughing. Rod was completely on his own, no minders, no entourage, just a chauffeur who remained in the Bentley which was parked in Jinky’s driveway.

“Of course, it didn’t take long for half of Uddingston to turn up on Jinky’s doorstep to get a glimpse of the celebrity Hoops fan.

“I showed Rod to Jinky’s room and all four of us, three Lisbon Lions and one of the world’s biggest rock stars, were sitting there talking about the good old days.