Celtic Quick News on News Now
You are at:Home»Latest News»TOMMY GEMMELL: THE END OF THE GREAT ADVENTURE
By CQN Magazine on 3rd November 2021 Latest News

TOMMY GEMMELL brought down the curtain on his spectacular Celtic career in the unlikely setting of the Ta’ Qali stadium in Malta on pitch bereft of grass in front of a meagre crowd of 10,416.

It was not the way Hollywood would have scripted the final farewell to a Hoops legend who had scored in two European Cup Finals in Lisbon and Milan, a World Club Championship in Buenos Aires and had become firmly entrenched in Parkhead folklore as their greatest-ever left-back with an innovative cavalier attacking spirit.

However, that is exactly the way the cards fell on a bright afternoon on November 3 1971 – exactly half a century ago today. 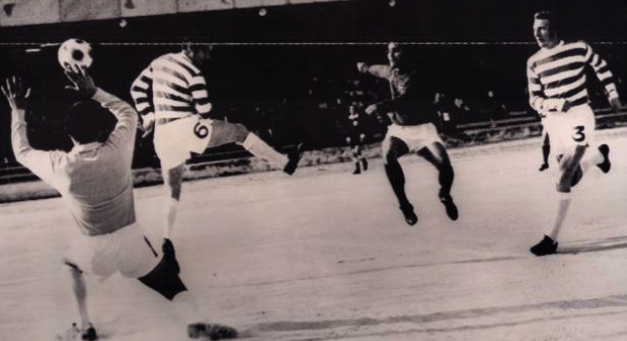 MALTESE SHOCKER…Sliema Wanderers striker Ronnie Cocks, with George Connelly and Tommy Gemmell looking on, scores in the first minute as he leaves keeper Evan Williams stranded with a powerful drive.

Remarkably, the Maltese minnows stunned their vistors by opening the scoring in the first minute through Ronnie Cocks who smashed a right-foot volley high past the helpless Williams with Gemmell just too late to intervene. 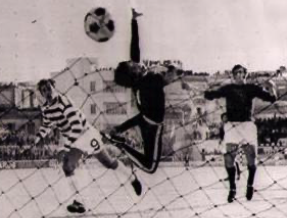 Jock Stein’s men eventually mastered the rock-hard playing surface and Harry Hood levelled with a header just before the interval and 10 minutes after the restart Lennox nodded in what proved to be the winner against gallant opponents.

Two players made their final appearance for Celtic that afternoon – Gemmell would be joined through the Parkhead exit by 20-year-old striker Hancock, who replaced Davidson in the second-half. It was the former Newtongrange Star prospect’s debut and also his only outing in a green and white hooped shirt.

Gemmell, who had opened the scoring in only the fourth minute in the 5-0 win in the first leg in Glasgow a fortnight earlier, walked off without realising he would never kick a ball for the club again. 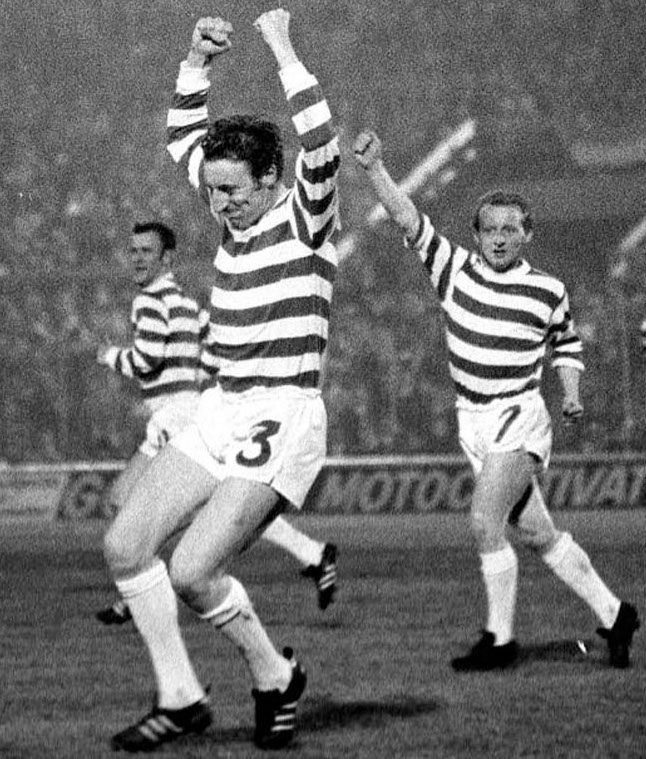 THANK FOR THE MEMORIES…how the Celtic fans will remember Tommy Gemmell as he celebrates his strike against Feyenoord in the 1970 Europan Cup Final. Jimmy Johnstone is about to join in while Bobby Lennox looks on.

Jim Brogan took his place in the 1-1 home draw with Aberdeen three days later and the Hoops icon left the club in a £40,000 move to Nottingham Forest on December 17.

It was a travesty that such a fabulous and enduring servant to Celtic never got the opportunity to say goodbye to his legions of fans in Paradise.

The memory of Tommy Gemmell, though, will live on forever.