Tomorrow’s Scottish Cup final is Celtic’s biggest game since Seville. Having banked our 100th trophy, and an invincible league title, the opportunity to achieve a clean sweep of domestic trophies without loss of a single game is wholly without precedent. Even the Lions didn’t achieve this.

We are in an incredibly special season, an incredibly special time, for the club. When anything seems possible, it is hard to properly evaluate just how well things are going. We have had many title winning seasons, but the club’s trajectory, not to mention the sheer enjoyment of what we’re watching, has seldom come close to this season.

We face the club who have pushed us most in recent years at Hampden. They will arrive rightly believing they can win the trophy. It will be a huge task for Aberdeen, , but the odds on them taking the cup back north with them will be considerably less than those against Celtic completing an undefeated season a year ago.

Congratulations to the Celtic FC Foundation and everyone at the club who contributed to the incredible event at The Hyrdro last night. The scale and sheer professionalism of the night belied the fact that everyone involved were miles out of their comfort zone.

It was an incredible Celtic event. Thanks also to the performers who donated their time to the Foundation for free.

See you later at Greenock! 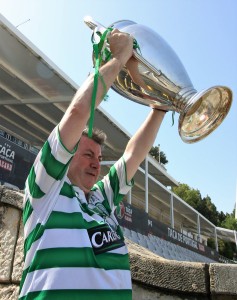