GREEK striker Giorgos Giakoumakis insisted it was “too dangerous” for Celtic players during their 2-1 Scottish Cup win over the bruisers of third-tier outfit Alloa.

The Hoops stars were on the receiving end of a succession of reckless and wayward challenges from Barry Ferguson’s inadequate hosts as referee Don Robertson failed to clamp down early in the game on the notorious plastic pitch.

Captain Callum McGregor bore the full brunt of an aerial duel with Adam King and was forced to leave the field with a facial injury – “significant” damage, according to concerned Ange Postecoglou – before the interval. 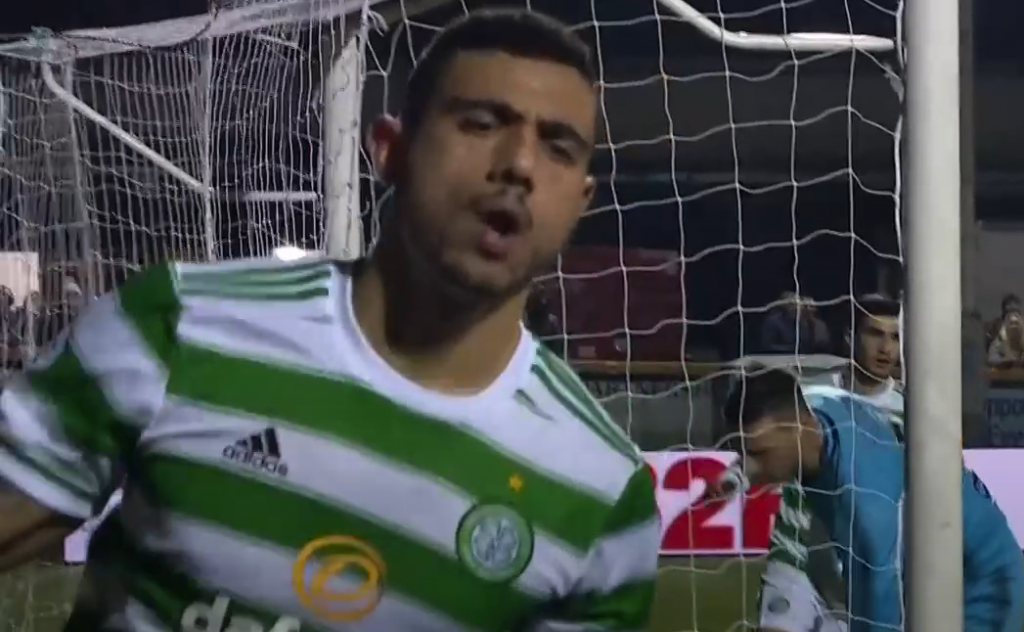 CUP THAT CHEERS…the Greek striker races away in triumph.

The influential midfielder is now out of the Premiership meeting with Hearts at Tynecastle on Wednesday and is awaiting the results of scans. The Celtic boss is bracing himself for his onfield leader being sidelined for two months.

Liel Abada and Yosuke Ideguchi also limped off with ankle injuries in the second-half following overly-robust challenges by Muhamed Niang, the second of which earned a yellow card and particularly angered the visitors.

Giakoumakis, who scored the 14th-minute breakthrough goal with Abada rifling in what proved to be the winner, was scathing in his comments on the way unskilled opponents treated the occasion.

The £2.5million frontman said: “First of all, I have to wish Callum the best of luck for a speedy recovery. He’s a leader for us. Maybe it’s something serious.

“We’ll miss him a lot, he’s a key player for us and I hope he will return as soon as possible.

“The game against Alloa was out of (over) the limit. It was too dangerous – the duels, the marking. We had to get through it and take the win and, if it was possible, to stay away from harm. We didn’t achieve that part.” 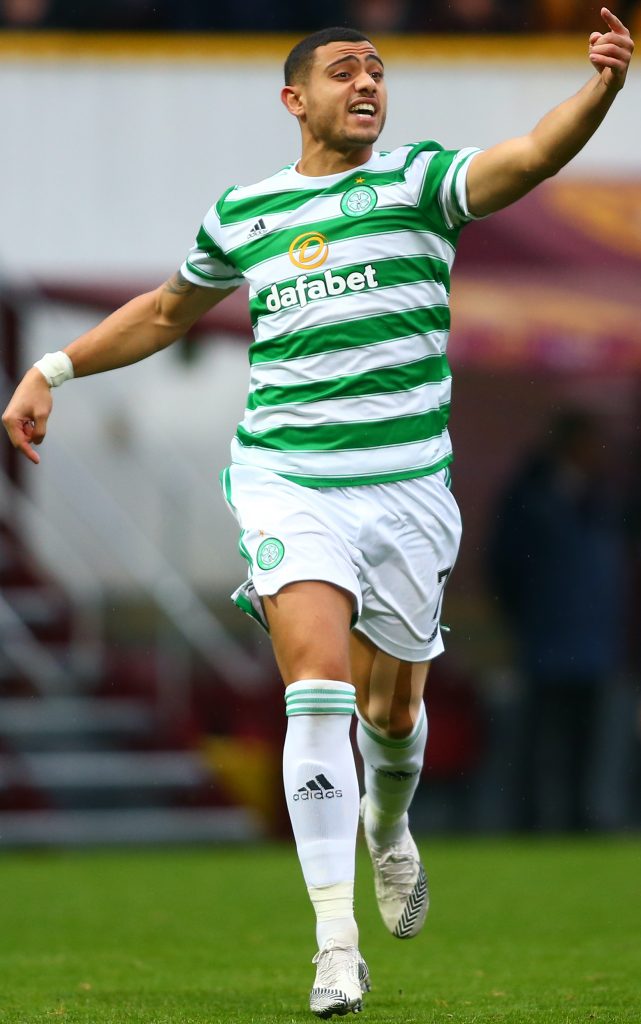 Giakoumakis, speaking to the Daily Record, added: “I can say that the opponent didn’t have the quality that we do. That’s normal, with respect. They had to try to run more than us and be more aggressive in the duels.

“Sometimes they crossed the line and the marking was a little bit more tough. But we should take care of ourselves, too.”

“It’s our job in the lines (on the pitch) and in the end we’re really happy that we won and we’re in the next round.”

Celtic will now face Raith Rovers in the fifth round at Parkhead on the weekend of February 12/13.

It remains to be seen if skipper McGregor will be fit to lead his team into action on that particular afternoon.