Celtic Quick News on News Now
You are at:Home»Latest News»‘TOO MUCH RESPECT,’ ADMITS WELL No.1
By CQN Magazine on 20th May 2018 Latest News

TREVOR CARSON believes Motherwell believes his side showed Celtic too much respect in their 2-0 Scottish Cup Final defeat yesterday.

The keeper, who came close to joining the champions in January, was beaten by shots from Callum McGregor and Olivier Ntcham in the first 25 minutes.

Carson was also in the Fir Park line-up when the Hoops beat them by the identical scoreline in the League Cup Final in November.

The dejected Well No.1 said: “To lose in any Final is disappointing.

“We said before the game ‘no regrets’ and at half-time everyone knew we could have done a bit more and maybe we showed Celtic too much respect.

“Obviously, they are a  great side, but unless you get close to them and stick a foot in, you are not going to win anything.

“We regrouped at half-time, but the damage was done which was disappointing. 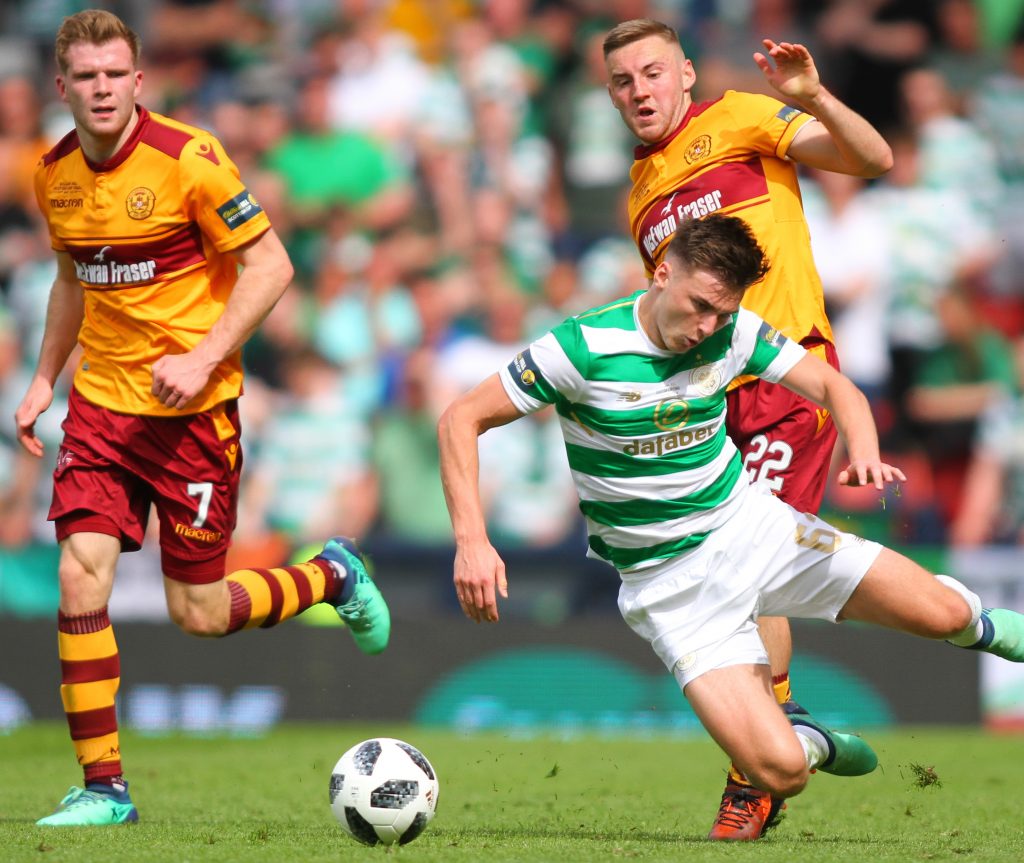 “If Celtic score early it is going to be hard for any team to pin them back, but even when they went 1-0 up there could have been more of a reaction.

“For 10 or 15 minutes after the first goal, we looked shell-shocked and that is  not the reaction you need against Celtic.

“They are champions for a reason, they sense blood and they attack you and got the second goal and it is hard to pin them back at 1-0, never mind 2-0.

“There is a lot of disappointment  in the dressing room. I am proud of my team mates, we gave it our all in the second-half, but the damage was done.”

Carson was on Brendan Rodgers’ wanted list following Craig Gordon’s knee injury in January. He enquired about the availability of the shotstopper, but Well’s asking price of £750,000 was too steep for the Hoops gaffer.

Instead, he turned his attention to Scott Bain, who arrived on loan from Dundee for the remainder of the season and agreed a four-year deal last week.