RONNY DEILA has dismantled a couple of Celtic strike-forces in 15 months since taking over from Neil Lennon.

Tony Watt, goal hero against Barcelona in 2013, was the first to go and Teemu Pukki, Amido Balde and now Stefan Scepovic, on a season-long loan at Spanish outfit Getafe, have followed him through the Parkhead exit. 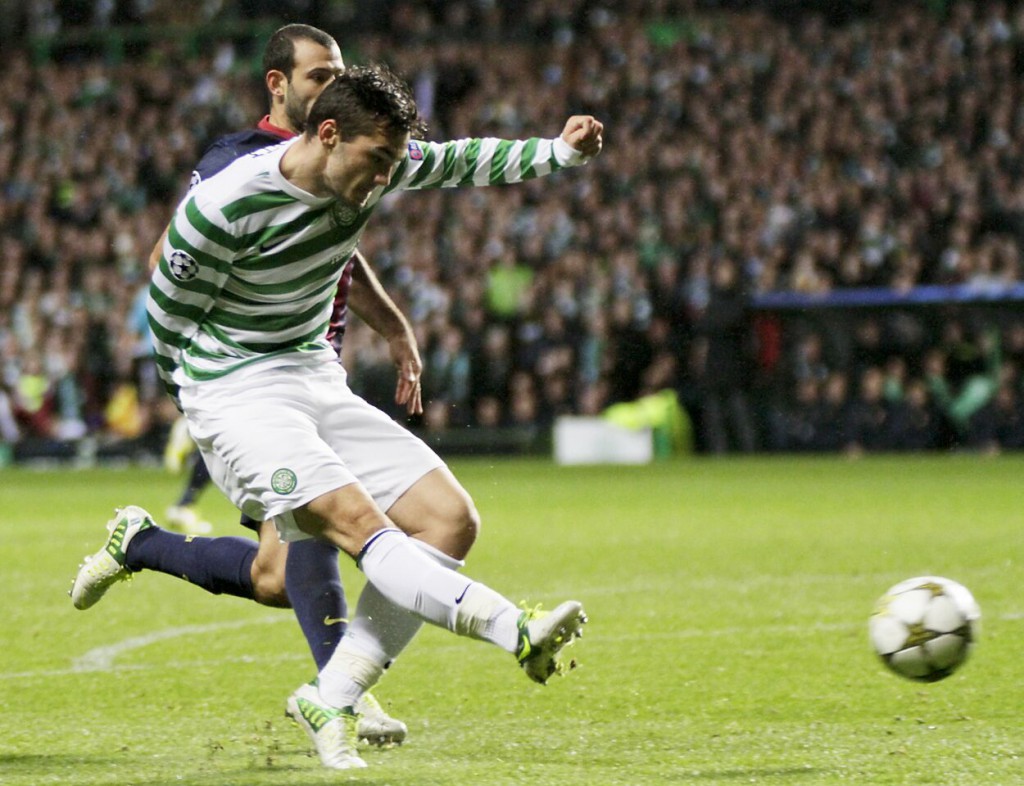 But one frontman who will remain a key figure in the Norwegian’s plans is Leigh Griffiths, who scored his eighth goal of the new campaign in the 3-1 win over St Johnstone in Glasgow at the weekend.

Deila said: “He is in good shape and he is performing well. He is hungry and I think he will score a lot of goals for us this season.

“I don’t want to say an exact number I think he will score, but I do think he is capable of being the top scorer in the country. He is sharp, hungry, wants to play all the time.

Deila is also satisfied in the manner Griffiths has buckled down to hard work in training as he strives to become a more complete goalscorer.

He added: “Leigh has applied himself well. He knows what I am looking for and he is doing his best to achieve this and make himself even better.”