ANGE POSTECOGLOU’S impact on Celtic has been recognised with his award as Premiership Manager of the Month for October.

The Greek-Australian gaffer led his side through an unbeaten sequence of four league wins – three away from home – over Aberdeen (2-1), Motherwell (2-0), St Johnstone (2-0) and Hibs (3-1) with the only hiccup a 0-0 draw against Livingston at Parkhead.

Postecoglou, speaking to the Celtic website, said: “It’s great to be recognised in this way as the Glen’s Premiership Manager of the Month, but I’d like to thank the players, coaches and backroom staff for all of their efforts because, as ever, whatever we achieve we do it together. 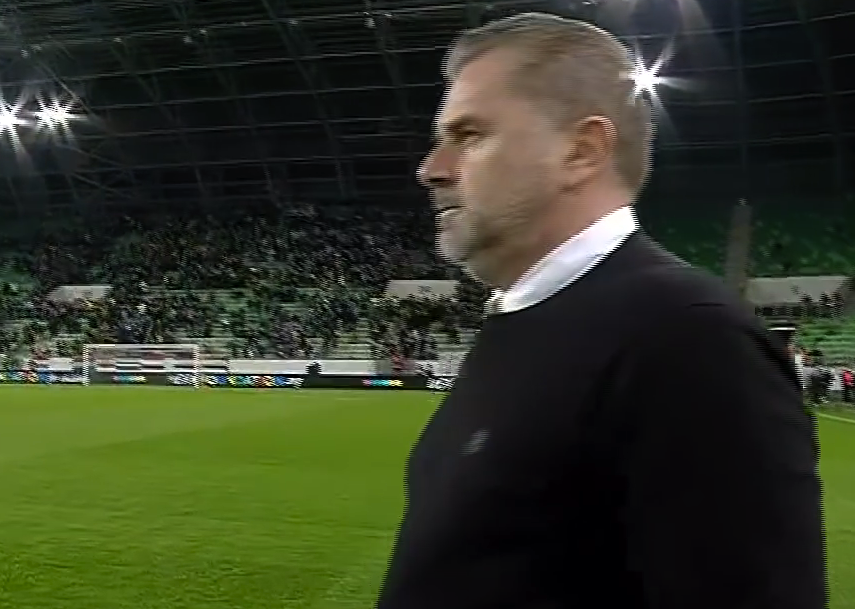 STARMAN…Ange Postecoglou after the 3-2 win in Budapest.

“Our football has been good and delivered some really positive results and will give us something to build on.

“We are grateful for the award, but realise fully that we have only just started and now need to keep working hard and, hopefully, continue to progress and get better right across this season and beyond.”

Postecoglou and his team have kept the run going into this month with an excellent 3-2 victory over Ferencvaros in Budapest in the Europa League Group G and followed up that success with a 4-2 win over Dundee at Dens Park at the weekend.

The former Australia international chief next takes his team into action in the Premier Sports League Cup semi-final against holders St Johnstone at Hampden a week on Saturday following the World Cup break.