NEIL LENNON has been named the Premiership Manager of the Month for September, following four successive league wins last month.

The Celtic boss kicked off the impressive sequence with a 5-0 victory against Ross County in Dingwall, then a 2-1 win over St Mirren in Paisley, followed by a 3-2 success at home to Livingston.

The quartet of triumphs was rounded off with a 3-0 triumph over Hibs at Parkhead in the east end of Glasgow. 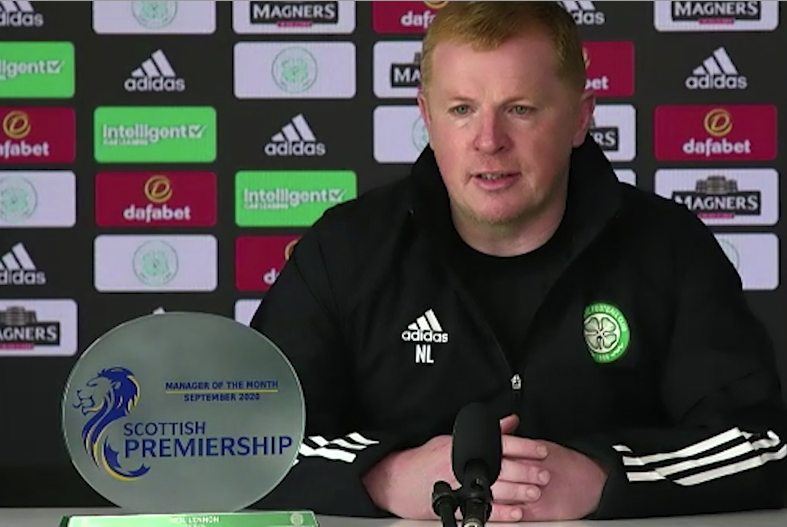 Lennon got October off to a good start, too, with a hard-fought 2-0 verdict over St Johnstone in Perth at the weekend.

It’s the 14th time the Irishman has won the award – according to the club website – 13 with the champions and once during his three-season stint at Hibs.

Now the manager can get a breather during the international break before the league resumes on Saturday, October 17 with the visit of Steven Gerrard’s Ibrox side.