CELTIC legend Davie Hay has no doubts in the debate on the identity of the Premiership’s most accomplished striker – it’s got to be Odsonne Edouard for the former Hoops player and manager.

There have been recent suggestions that Alfredo Morelos, scorer of 30 goals and collector of five red cards last season, should be afforded the accolade.

But Hay is having none of it and insists the champions’ frontman is going all the way to the top – and he proved it with his performance against Steven Gerrard’s outfit at Ibrox before the international break.

The club ambassador, speaking to the Evening Times, said: “There has been a lot of talk recently about who the best striker in Scotland is, but I think that the Old Firm game should have laid that particular debate to rest for a while at least.

“All of the talk in the run-up to the game was how Alfredo Morelos was on fire and, although it was a surprise to see him start the game on the bench, there had also been a lot of chat about the red-hot form of Jermain Defoe. 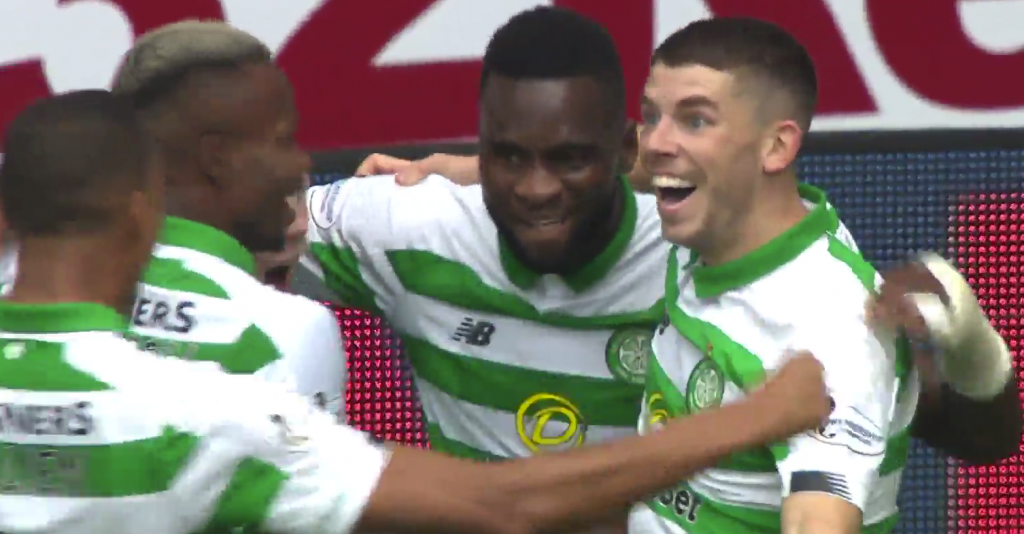 “As it turned out, neither Defoe nor Morelos, when he came on, were able to lay much of a glove on a Celtic defence that was hugely inexperienced in the fixture, while Odsonne Edouard had the regular Rangers defensive partnership of Connor Goldson and Nikola Katic – who had also been getting rave reviews – in a flap for much of the afternoon.

“It wasn’t just his goal, though he showed remarkable composure as he tucked it home under Allan McGregor, but his all-round play and intelligence that proved a handful for the home defence.

“I see he scored a couple on his debut for the French under-21 side last week too, and there seems to be an upwards trajectory to his career that mirrors his good friend Moussa Dembele.

“Hopefully, Edouard’s inevitable big move will be a while away yet and Celtic fans will get to enjoy him for a while longer, but it may well be the eventual destination of Morelos and Edouard once they leave Scottish football that will provide the real evidence of just who is the better player.

“To my mind, Edouard has the potential to go right to the very top.”

Edouard followed up his double against Albania last week when he came off the bench for his debut at Under-21 level with another two in his nation’s comeback 3-1 triumph over the Czech Republic in the Stade de France in Paris last night, as CQN reported.